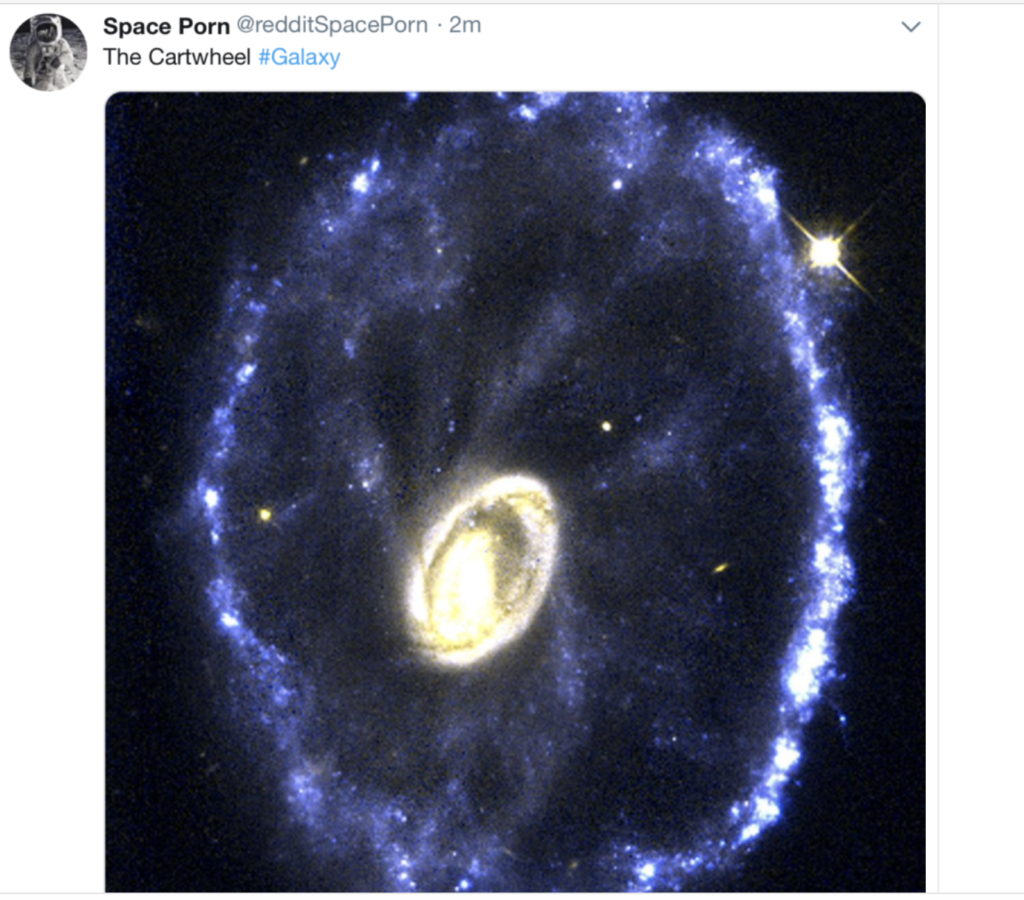 “In the same way a Christian is not a man who never goes wrong, but a man is enabled to repent and pick himself up and begin over again after each stumble–because the Christ-life is inside him, repairing him all the time, enabling him to repeat (in some degree) the kind of voluntary death which Christ Himself carried out.” – ― C.S. Lewis, Mere Christianity

Special thanks to a reader who pointed me to this article.The Gospel Coalition posted 3 Ways to Respond When a Church Leader Is Found Guilty of Abuse written by Christopher Ash. Folks, we have a long way to go when it comes to this crowd and their perceptions surrounding abuse by church leader.s

Unless otherwise noted, all quotes are from the above linked article.

The unhealthy focus on specialness of leadership by the Calvinist dudebros

First and foremost, the following Bible verse has been used by churches to deny or overlook a charge of sex abuse in the church. It is rare that abuse of this kind is witnessed by 2-3 people.

Also, note how they say that false accusation are sometimes leveled at church leaders. I’ve got news for you. False accusations are leveled at lots of people beyond church leaders. However, when it comes to sex abuse, false accusations are in the minority. It was The Gospel Coalition which propped up CJ Mahaney and Sovereign Grace Ministries when there was accusation after accusation of sex abuse in the ministry and then coverup by the leaders. A number of members of TGC signed all sorts of suck up letters declaring the righteousness of Cj Mahaney in spite of the plethora (that means more than 2-3) of witnesses.

Also, churches are in no position to determine if the reports are false. Pastors/leaders are not trained to make this determination. They must leave reports of this nature up to the police.

In 1 Timothy 5:19, Paul writes, “Do not admit a charge against an elder except on the evidence of two or three witnesses.” Referring back to an Old Testament law, the expression “two or three witnesses” is a biblical idiom for careful and independent attestation of the truth of the accusations. This acknowledges that false accusations are sometimes leveled at church leaders.

Sin leveling, gossip, and being glad when a leader fails.

Did you know you are in *great danger when you express horror and outrage* at abuse? Grave, awful danger…because you are guilty of sin yourself and you better acknowledge it. Whenever I read stuff like this, it worries me.  Even the Old Testament speaks to some sins being worse that others sins. The sex abuse of a child has life-long ramifications. It is far, far worse than eating two sundaes when you are on a diet. We must acknowledge that some sin is much worse that other sins. Some sins are even crimes. Even our justice system has different punishments for differing levels of crimes. Sin leveling is a game played at lots of churches to play down a truly awful sin.

Also, you must not take an *unhealthy* interest in the abuse that has occurred. This reminds me of CJ Mahaney who told a person asking questions that they were *sinfully craving answers.* In some ministries, the word *gossip* is used to prevent people from asking healthy questions. That happened in a former church in which the members were admonished not to gossip about the names of kids who were abused and to leave them alone. Except…questions should have been asked as I later found out. Questions like *Did the kids get counseling?* But, according to this author, that is like looking at porn. Now that is a troubling comparison.

I say ask all sorts of question in order to ascertain if the victims have been treated well or to see if other actions must be taken. No, this isn’t just up to *leadership,* no matter what they tell you. Everyone in the church must make sure that the victim is well cared for and that the perpetrator is brought to justice.This means talking about what happened.

But it’s easy to gossip, and there is a danger of indulging a prurient interest and craving to know more. Sinful behavior of any kind sticks to us like dirt; indeed, knowing about ugly actions is a little like pornography—it lurks in our memories and drags us down in our thoughts and emotion

Rejoicing that a leader has fallen:

Rejoicing over sin is wrong. It should break out hearts. However, rejoicing that an abuser has been found out and is being punished is appropriate. It is a good day when the abuser can no longer hurt people.

But do not gloat over the day of your brother in the day of his misfortune; do not rejoice over the people of Judah in the day of their ruin” (Obad. 12; cf. Prov. 24:17–18). This is a danger for us, perhaps especially when a Christian leader falls.

Our total depravity means we are all capable of committing the same terrible sins.

Once again, we are looking at sin leveling. Let’s take sexual abuse. Abusive behavior is not just a sin. In many instances, it can be a crime as well as a profound psychiatric disorder. And no, not all of us are capable of committing this kind of *sin.*

There is a painful sense of loss, akin to bereavement. How are we to make sense of this apparently senseless confluence of good and evil in one person?

We must remind ourselves of the depth and extent of our own depravity. The heroes of Scripture were flawed people. The great King David committed adultery (if not rape) and was complicit in murder (2 Sam. 11). Solomon had great wisdom yet failed terribly. And we remain deeply sinful even as regenerate people (Rom. 7). Any one of us is capable of committing terrible sins. If we think we’re not, we must take heed lest we fall (1 Cor. 10:12).

Even worse, this author, in another post, Church Leaders Fall, says the following.

When I hear about a fallen minister, it frightens me to know I’m entirely capable of doing just what he’s done—or worse. I share a sinful nature.

No, not all of us are capable of doing just what an abuser has done. I am not going to suddenly become a pedophile. In fact, if the author is convinced that he could do the same or worse, he needs to seek psychiatric help immediately. There is something seriously wrong here.

A leader’s fall brings the gospel into disrepute. I disagree.

Scandal rocks the church; it brings the gospel into disrepute; it can close doors for gospel work

I don’t know how he defines the Gospel but the one with which I’m familiar indicates that the reason the Gospel was necessary was due to the fact that all men and women are sinners and in need of redemption. In fact, we who know the Gospel should not be startled when sin occurs. One of my pastors said that those of us who get it should be the first to confess our sins.

Each weekend my church has us recite a confession of sins. Afterwards, we are reminded that our sins are forgiven. It is a humbling moment in my week and yet one that is essential to my view of self. Unfortunately, many churches spend most of their time telling the world just how obedient they are because they’ve been regenerated, unlike the wicked world around them.

I think the church needs to do a better job of confessing their sins and failures to the society around them as opposed to pointing their holy fingers at the sinners outside of their sanctified enclave.

The church is reviled by *mockers* when abuse occurs

So, the pastor is an abuser and the author is upset that people think that those in the church are hypocrites? Did the author consider the fact that the church appears hypocritical because it presents the Christian community as a group of people who are regenerated and somehow just a bit more obedient and less sinful than everyone else outside the church?

The author seems to be concerned that the church is surrounded by critics whose raison d’etreis to make life miserable for Christians.

We’ll be taunted as hypocrites.

…Some who are lifelong enemies of the gospel will use these sad events as a vehicle to make life miserable for Christians.

I think the author should present this as an opportunity to show our humility by confessing our failures to the watching world. Imagine what those watching might think when we admit that we are still sinners instead of discussing how sinful all of them are. You know, like the Gospel informs us?

And people will be driven away from the Gospel? Ummmm- this from a Calvinist group?

How is this possible if this group is Reformed? It is my understanding that Calvinists believe that the salvation of individuals is predetermined by God before the beginning of time. I am not a Calvinist so I may have this wrong. How can a person who is predestined unto salvation be tragically driven away from the faith due to hearing about a pastor abuser?

Others—and this is more tragic—who might have had a genuine interest in the Christian faith will be driven away from a message whose messengers now appear to them as hypocrites or worse.

I have to admit that I am still quite concerned about the understanding of abuse in the clergy by the clergy. There appears to be a lack of understanding at the very basic level. Let me try to sum this up.