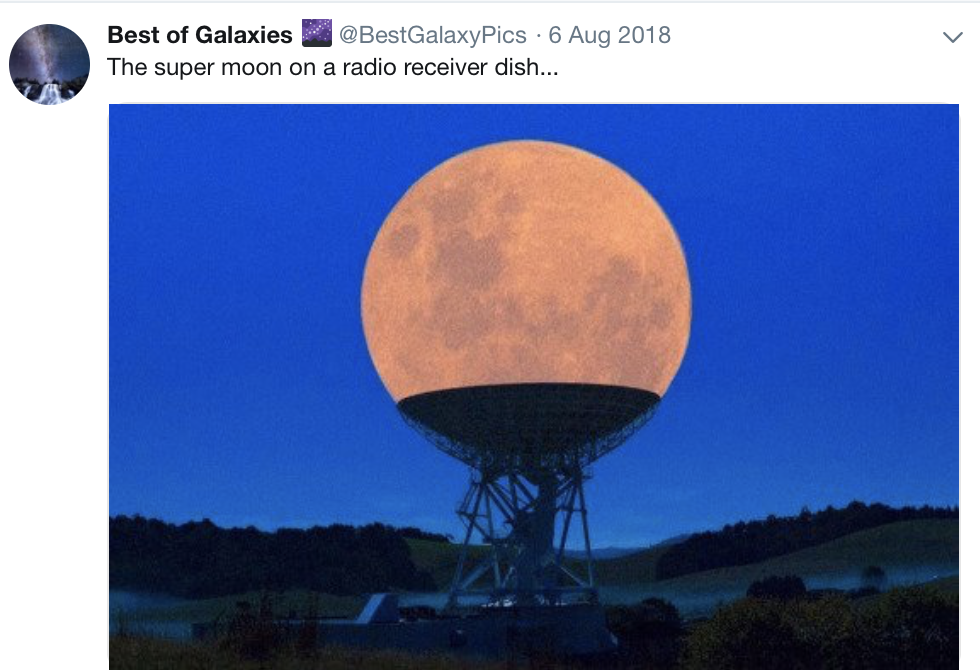 “Crying is all right in its way while it lasts. But you have to stop sooner or later, and then you still have to decide what to do.”  – C. S. Lewis

Note: Amy Smith of Watchkeep gave me permission to use her name in this post. When you see the word *we,* it is referring to Amy and me.

Also, if things stay calm, I will post a great article written by TWW readers on the subject of ethics on Friday.

Many TWW readers people are aware that Amy and I worked on bringing the Karen Hinkley story into the public eye. Amy and I wrote a number of posts. The Daily Beast did a decent job in summarizing the mess.

So how did we get to that point.

How do we pick a story to tell?

Amy and I do not chase people, asking to tell their stories. Many times, we will post as story that we read about in the news or on various websites.The first and last time I chased a story was in the summer of 2009 when I called Tom Rich, FBC Watchdog and asked if I could tell his story. Thankfully, he said *yes* and we have been friends ever since.

In Karen’s case, she contacted Amy Smith and asked for help. Amy asked me to speak with her. She suggested that, if Karen wished to tell us her story, I could handle the membership covenant/church discipline angle and she could handle the issue surrounding Karen’s soon to be former prog viewing husband.

When victims call us, we assume the role of listener and supporter. We do not force anyone to *post* their story. And only one time did some wires get crossed but that is a story for another day.

I do not take advertisements on TWW nor do I do any kickback programs for book suggestions. I want people to know that I do this as a ministry. So I made sure that no one would be able to accuse me of doing this to *make money.*

In Karen’s situation, I was in Florida on our annual family vacation. I spent hours on the phone speaking with her, as did Amy. On several occasions I told her that we did not have to write her story if it made her feel uncomfortable. I reiterated that we only wanted to be of support to her. This situation took up the better part of a week and I’m thankful my family was understanding.Sound like I really had an *agenda,* doesn’t it?

Does/did The Village Church have ties to the Dallas Morning News (DMN)?

When Karen first contacted us, she expressed concern that a reporter at DMN, told her that this story would be published in the Sunday edition. But, Kevin Krause, the reporter, kept moving the date. Karen decided that if the DMN wouldn’t publish the story, then she would want us to do so. Once again, let me reiterate. We told her we would support her, no matter if she posted with us or not. 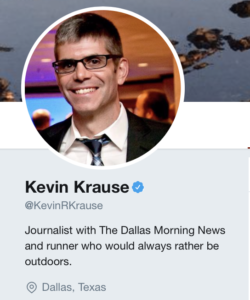 I spoke with Krause who told me the *lawyers were looking into the story and then they would publish it. However, I suspected something was up. Finally, he told me that the lawyers were concerned about lawsuits if they published the story.

Recently we discovered that David Roark, TVC’s *Communication and Resource Director,* also writes stories for the DMN. Here is one such article. There are many more. 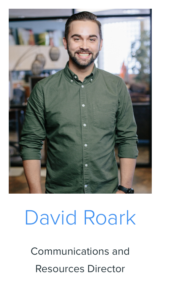 Since graduating from college and getting married, I’ve worked full time as a writer for two local marketing companies and freelanced on the side, writing movie reviews and stories for several online and print publications. Taylor and I became Covenant Members in fall 2010, and we are currently part of the Dallas Northway campus.

We have since been told that there are others associated with DMN who also attend TVC. We would love to get confirmation on this. It is increasingly hard for me to believe that the DMN would turn a blind eye to a notable, provable yet negative story involving The Village Church. Thankfully, the New York Times is covering the story of the victim of  Matt Tonne or the Dallas community would have no idea that there is  a story of  national interest going on at TVC. Isn’t a potential lawsuit brought be a victim who was a child at the time of her rape of interest to the Dallas community?

I would love to hear the DMN explain this situation but it might involve Chandler imposing church discipline on DMN employees who have signed the infamous legally enforceable church covenant.

The refusal of the DMN to *notice* that anything is amiss at The Village Church will continue to result in the Dallas community not being informed of other untoward happening at TVC. Hint: the coming weeks may bring some eye opening reports. Thankfully, real news media like the New York Times and Religion News Service along with blogs, will be sure to get the word out.

Did  Matt Chandler manipulated a sad situation to attempt to discredit Amy and me: the rest of the story?

Matt Chandler and TVC put Karen Hinkley through hell in order to play games with church covenants and church discipline. There were legal sharks circling the TVC waters and Chandler knew they were in real trouble. For example, I would have paid big bucks to hear how Chandler could biblically* justify sending an announcement of Karen’s discipline to 6,000 members.Talk about harassment!

Karen fled Dallas during the debacle and landed in my neck of the woods in North Carolina. I spent a weekend with her, attempting to be a friend in the midst of this turmoil. Karen is a deeply committed Christian who honestly cared about the mission that she was forced to abandon due to her husband’s paraphilias.

She truly despised being the center of such negative attention and was obviously vulnerable during this time period. What transpired next is no reflection on Karen. She is a good and decent person who had just undergone through an horrific experience with her former church. I was amazed that she held up as well as she did.

Matt Chandler flew into town to make this situation go away. The last thing he wanted was a lawsuit so he came prepared to deal. I was not present at that meeting. So, what happened?

However, shortly afterwards, I received a call from Karen who shared with me that she was told by the pastors that we were using her for our agenda.Update: 7/1/19 Karen says she said she merely felt used. I was shocked and became quite teary at this point as I recalled the number of hours I spent away form my family trying to console her as the Dallas Morning News played their games with her. I spent a weekend with her, enjoying music and dinner in a nice area of North Carolina.

I asked her to explain how Amy and I had used her. I asked her to help me understand because I would never want to come across as having an agenda. I reiterated that Amy and I receive no money for what we do. I reminded her that I told her she didn’t have to tell her story and that I would still be there to support her through the rough times.

Karen, who is a good communicator, could not tell me what my *agenda* was. I realized that she was being manipulated by Chandler who was not happy that we faced off with him and wouldn’t back down. I told her that I would continue to pray for her as she headed off to law school.

This was quite hurtful to us. However, this attempt at TVC style intimidation didn’t work. It just made us smarter. We continued on in our *agenda* to support victims, to expose predators in the church, to target pastors and church leadership who cover up abuse and to help people to understand how some theology is used by authoritarian leaders to *control* the sheep. I think that our agenda is well defined and it has stood the test of time. I’m proud of what we are attempting to accomplish. But our agenda is rathe uncomfortable for certain leaders who would prefer that we get sidelined.

There are more stories about TVC waiting in the wings and some of those stories could be upsetting. Such narratives will probably be picked up by the media (except for the Dallas Morning News) and they might cause more questions to be asked of the leadership at The Village Church.

However, this time, victims and their friends will be better prepared.