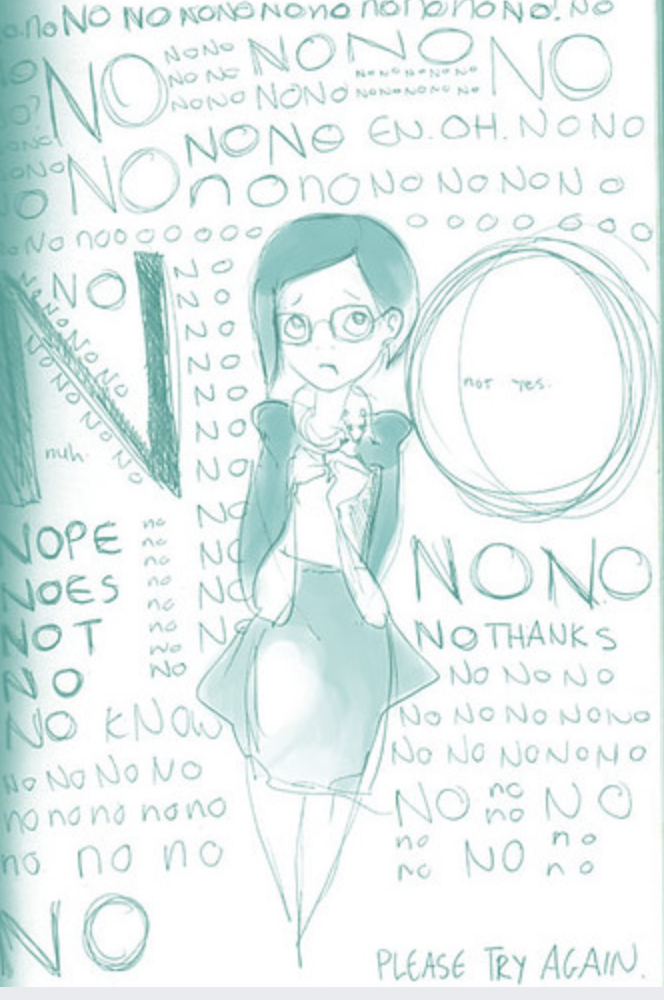 “While you were busy trying to prove God stands behind you, God was before me lighting the trail, so he could lead us both.” ― Shannon L. Alder

For Such a Time As This Rally

The Rally will take place outside just outside the Birmingham-Jefferson Convention Center near the site of the SBC Annual Meeting.

The organizers are urging that folks within a days drive of Birmingham to join us. It will be a great time of fellowship as we focus on the pain of sex abuse within the SBC. Below find an updated schedule for the Rally which will be held on June 11.

A change in time for the Rally 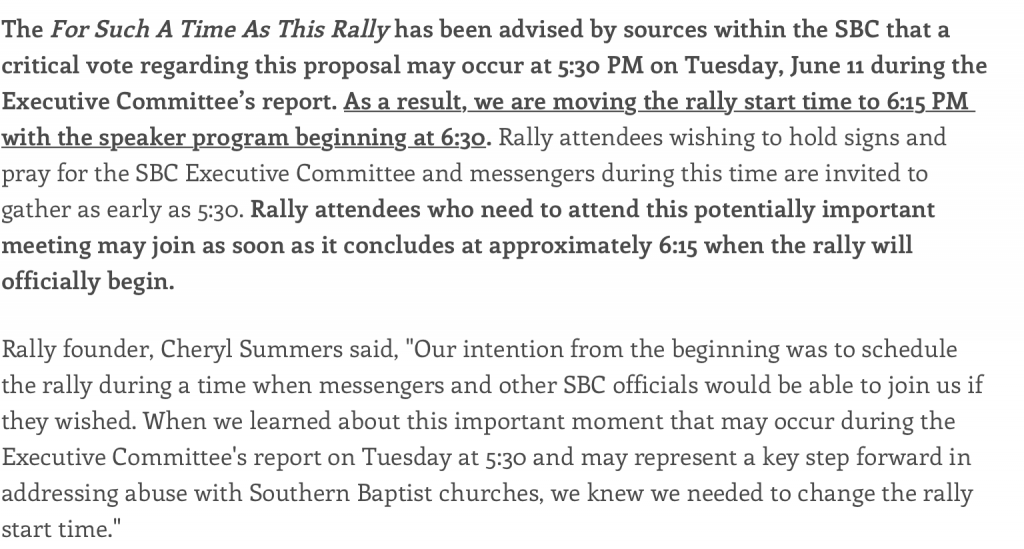 Does the SBC believe that dealing with sex abuse should be the main thing?

The SBC is currently dealing with a serious sexual abuse problem within their ranks. One merely needs to read the response of the public to the Houston Chronicle’s ongoing documentation of sex abuse and cover-up in the SBC to be quickly schooled in the general public’s perception of the the revelations. Essentially, the SBC is being compared to the Roman Catholic Church pedophile scandal. This is definitely not a good place to be and the leadership has been scrambling to show the world that they are *woke.*

However, SBC leaders, time and again, prove they are gifted in finding new and improved ways to bite off their noses to spite their faces.

Al Mohler makes sure that everyone knows that the critical issue is complementarianism.

On May 31, 2019, less than two weeks before the convention, Mohler tweeted the following, seemingly aghast that there are those in the SBC who might challenge complementarianism. 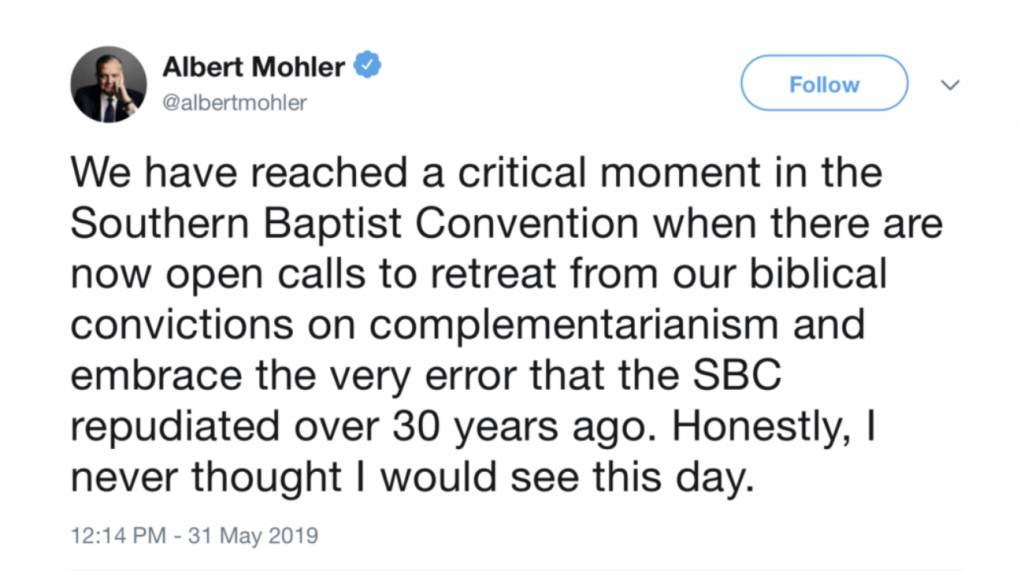 I have been following his utterances for a long time. Mohler bemoaned the humiliation of the revelation of sex abuse in the SBC and declared that God’s wrath was going to be poured out on the convention, but he had little to say about close friends and colleagues who were doing this in his face for years.

Finally he was embarrassed into repudiating CJ Mahaney because his despicable joke surfaced. He did a mea culpa while claiming he just *didn’t know* that Sovereign Grace didn’t do an independent investigation.This from the man that CJ Mahaney called the smartest man on earth.

Sadly, I’m not so sure he gets it. He calls thoughtful discussion and push back on a made up word (complementarianism) as the defining critical moment in the SBC. He seems to ignore the critical moment spelled out for him in the Abuse of Faith posted in the Houston Chronicle.

(Steve) Swofford is a past president of the Southern Baptist Convention of Texas and a former executive committee member of the Southern Baptist Convention. He didn’t reply to the Chronicle’s requests for an interview about his experience dealing with the Gomez family and the mother of Jonathan H., who made complaints about child abuse at his church.

At this very moment, children are being molested in the SBC and some church leaders are trying to figure out how to cover it up. However, Mohler’s critical concern is an ill-defined *leadership* mandate for men.

Could it be that this was the reason that “For Such a Time as This Rally was not allowed inside the Convention Hall and JD Greear couldn’t find time to meet with their representatives over the course of a year?

Ashely Easter and others have been reaching out to JD Greear about this rally since July 2018. Was his lack of response due to his belief that child sex abuse in the SBC is not a critical concern? 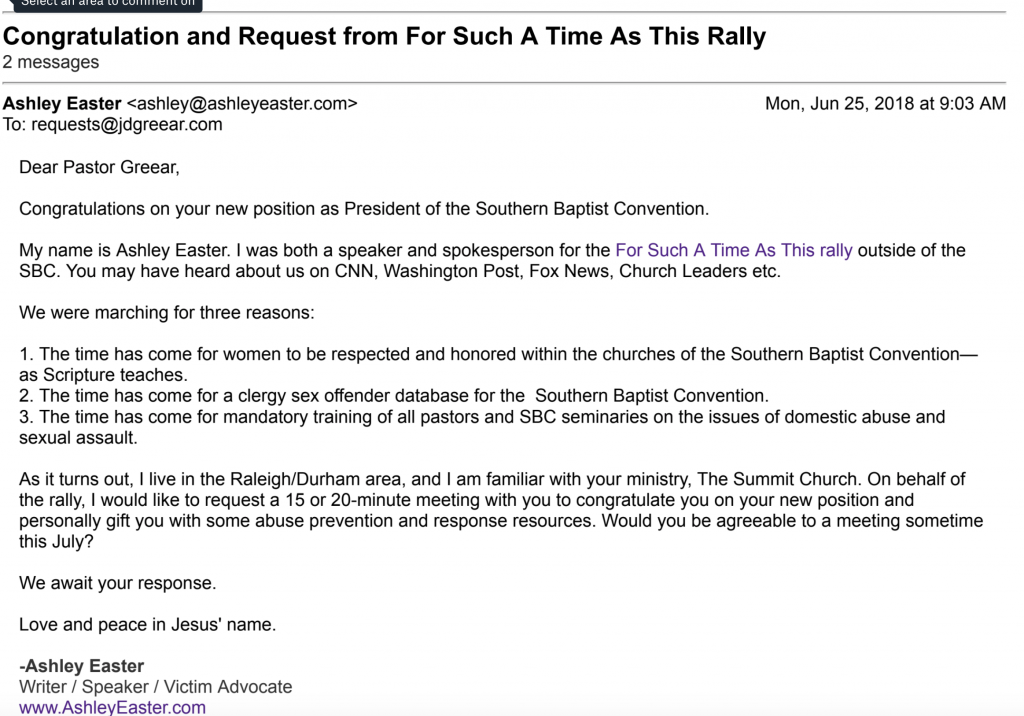 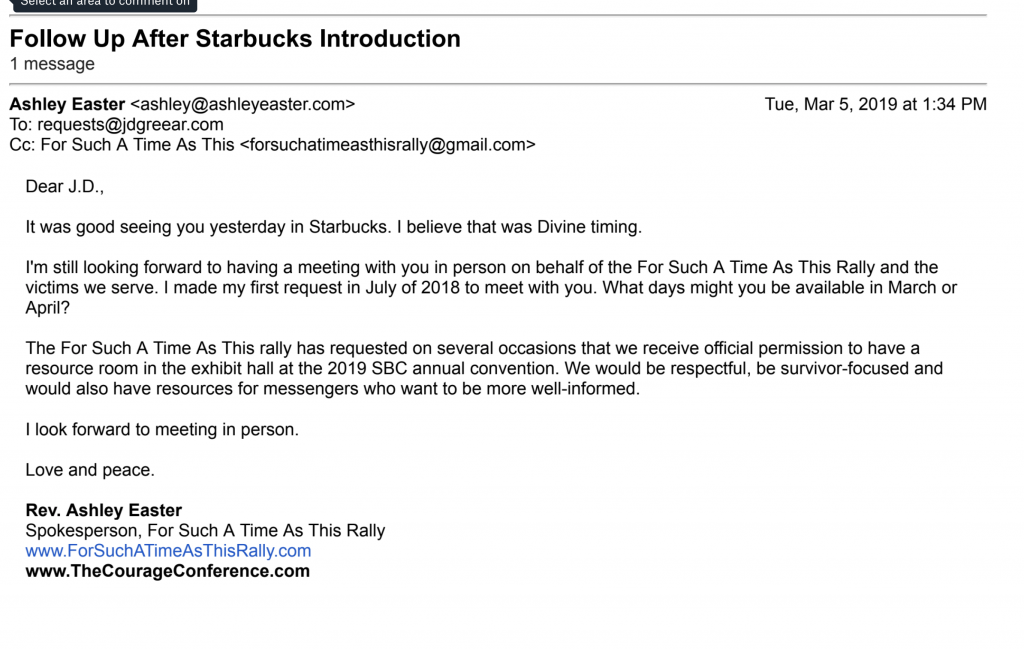 Sadly, Phillip Bethancourt, speaking for Greear, waited until 4/17/19 to send an email which hinted that the Rally would not be able to get space within the convention venue.

I think SBC leaders, especially JD Greear, should explain why they were unable to find a small area for the Rally within the Convention venue?

I would love to hear from readers why they think the SBC couldn’t find space for the Rally, especially given such advance warning. The Rally was successful last year and received media attention along with input from attendees. Sadly, given Al Mohler’s statement, the lack of response from the SBC makes me wonder if they agree that this is an important issue but it is not a *critical* issue.

Interestingly, Ministry Safe will have a table at the meeting. Isn’t there some controversy involving this group but maybe I’m mistaken?…

Here is a statement from the organizers of the Rally.

Rally representatives, Cheryl Summers and Ashley Easter, have met repeatedly via conference call with a representative of SBC President JD Greear’s office and a representative of the SBC’s ERLC since July of 2018. We have diligently expressed our concerns and recommendations for safe practices. When we expressed to them earlier this spring that the For Such A Time As This Rally would again gather outside of the Annual Southern Baptist Convention, we gauged their reactions to be one of surprise as if a rally was no longer necessary.

While a few small positive steps have been taken by the SBC their response has largely been words without significant action.

Here is how the Rally outlined their specific concerns.

The For Such A Time As This Rally spokesperson, Ashley Easter, requested a meeting with SBC President JD Greear in July of 2018. She received a reply from one of his staff and was invited to Greear’s offices for a meeting. It was strongly implied that Greear would do his best to attend the meeting. When he did not attend the meeting it was strongly implied that there would be other times he would be willing and able to meet. Despite continued requests and even a recent by chance run-in with JD Greear at a coffee shop (where Ashley introduced herself and told him she had been trying to meet with him since July of 2018 which he acknowledged) no meeting has been allowed between the SBC President and the most vocal internationally reported upon group resisting abuse and cover-ups in the Southern Baptist Convention.

Since October of 2018, the For Such A Time As This Rally has diligently requested that the SBC provide a room or table at the SBC annual convention so we could provide resources, flyers with safety information, and a safe space for survivors to share their stories. After months of stringing us along and failing to answer our request, just weeks before the convention the SBC has refused.

SBC representatives have consistently and repeatedly told us they want the same safety from abuse that we want; they have thanked us for our efforts and even asked for rally details implying they might know people who would want to join us. And in promoting the SBC’s planned “sexual abuse” panel for the convention, they claim that they want the SBC to focus on “protecting and caring for victims” rather than “defending ourselves and our institutions.” But their words don’t match their deeds. Cheryl Summers traveled to Birmingham this spring where she visited the Birmingham-Jefferson Convention Center where the SBC Convention will be held and identified a huge public space outdoors that would be ideal to hold the rally. We requested the rally be allowed to respectfully use this space. Despite their statements of purported “caring,” SBC representatives refused access to this large public area forcing us to make plans to meet on smaller sidewalks. They also rejected even our simple request for a resource table, as noted above.

I look forward to seeing folks at the Rally. The media will be present as well. Perhaps they can help us to understand what is really going one behind the scenes in the SBC.

Here is the NO letter from the SBC. Besides the Rally organizers, the was sent to JD Greear’s people at The Summit who are also tied into the ERLC which says to me that this action was approved by those at the top, including the ERLC and JD Greear. The question is, Why?”

Thank you for reaching out to our SBC Convention Planning team on this inquiry.

Unfortunately, I have exhausted all of our available space at the Sheraton Hotel, Birmingham-Jefferson Convention Complex, Forum, and Arena with all of the events that are held every year.  However, in order to assist you, there are a number of small meeting rooms at the Westin that I am not using because they are a bit too small for any of the events I have booked, but may be the right size for a resource room that you have described.  The spaces I am aware of that may be available in the Westin are:  Camelia, Hospitality A, Hospitality B, Azalea, Magnolia, Orchid Boardroom.  To utilize one of these spaces, you would need to contact the Westin directly to check on their availability and see about contracting for one of them.   I would suggest you contact Sheretha Yarber (sheretha.yarber@marriott.comor 205-307-3115) for assistance on that matter.

As you would certainly understand, our Convention has guidelines that have been in place for many years regarding distribution of material in our common areas to ensure that ingress/egress is not impeded in any way for our attendees.  In other words, once you reserve the room directly with the Westin you can certainly make available resources in your contracted meeting room and provide those materials to any attendees who visit your room, but as I am sure you understand, regardless of the excellence of any specific materials made available, we do not allow any group to distribute materials in any common areas throughout the Convention Center Complex.

Also, thank you for your thorough research on a location for your rally.  Unfortunately, the piazza is going to only be a thoroughfare from one venue to the other.  We do not approve any groups to hold events or gatherings in public spaces because we always attempt to have a clear and uncluttered passageway for our attendees so as not to impede the flow of traffic in highly congested areas.  Therefore, since the piazza is included under our contract as a part of the convention center grounds, we are not able to authorize any group, including yours, to hold a gathering or activity in that area.  As you noted in your conversations with Robert Goodner at the BJCC, they have been able to identify a permitted location at the entrance to the convention center grounds that will be accessible to your group subject to the guidelines you and he have discussed.