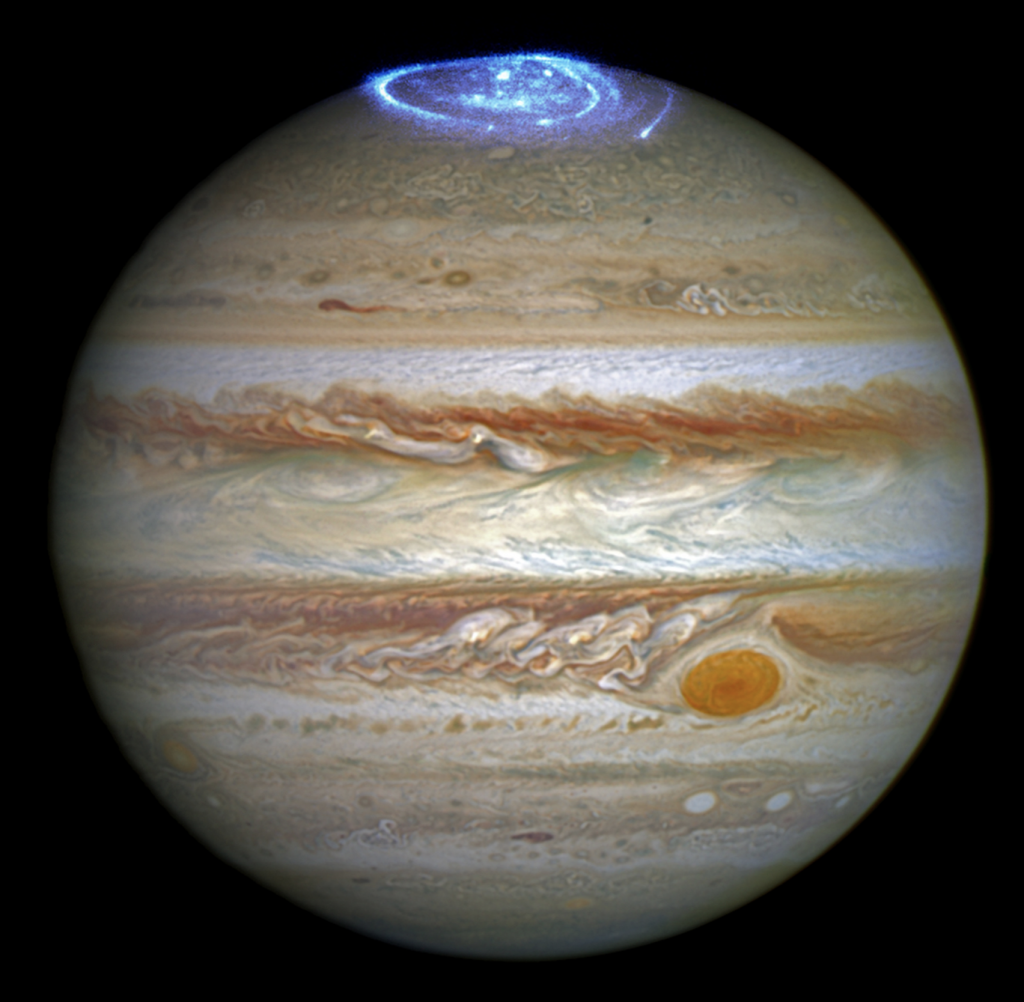 I know who wrote the following letter. This person is well known at HBC and worked there for many years.  The following are comments copied from the letter. No words have been changed but some sentences have been omitted to protect the identity of the individual.

I feel I need to say that I deeply care for Pastor James. I am truly thankful to him for the ministry opportunities and support that he has personally given to me over the years. I have seen spiritual revival happen all around the world as a result of Harvest’s ministry, and this church has played a critical role in my own spiritual development.

However, I write this statement because I have also seen how a lack of repentance, inappropriate behavior and absence of true accountability has had negative consequences for our own church and our domestic and international church plants resulting in church splits, broken relationships and confused/hurting church members all around the world. James himself has said that truth and time go hand in hand, and I believe that now is the time when total truth is being sought after and we are forced to deal with the unpleasant consequences as a result of these truths coming to light.

Dee highlighted sections and pointed out words that jumped out at her.

James is an incredibly smart man and I believe any man who leads a large church or business would most likely be a man who has high expectations of his employees and is a visionary person who pushes people beyond what they believe they are capable of doing. Harvest has always been a culture where we work hard.

However, James has created a culture of fear, especially for those who work closely with him. That circle of people has grown smaller and smaller over the years in an effort to minimize the number of people who are in the direct line of fire of James’ anger, but his behavior has remained the same. Loyalty has been prioritized over righteousness and although many of us have witnessed ungodly behavior, we have learned to simply let it go and believe James to be the ultimate authority over us.

(Must never speak about what happened; humiliation; screaming and cursing)

We have learned that talking to our supervisors or even the elders is not only discouraged, but it could cost us our jobs because we are unwilling to go with the flow and are seen as disloyal. James has instilled a culture in his employees that what he wants must happen at that very moment no matter the cost. Failure to do so means being humiliated or reprimanded in front of others – being belittled in a way that no person, especially at a church, should ever feel. The fear of this happening causes upper level staff to then put undue pressure on their subordinates to fulfill last-minute and often outlandish requests in order to make James happy. I have seen multiple occasions where James has lost his temper and has screamed and even cursed at employees because he did not get what he wanted.

However, of the dozens of stories I have either witnessed or heard, I have never heard of James cycling back to apologize to these people. I believe this is the big picture of why James has so many broken relationships today.

I have had to comfort grown men after some of their encounters with James and have seen some of them even reduced to tears because of stress and anxiety.

(Humiliation in front of others; blamed for things they had no control over)

When mistakes were made, people were humiliated in front of an audience in order to shame people to be better at their jobs. It would often happen that people were blamed for things they had no control over or had followed James’ instructions but he did not remember the conversation or had changed his mind and told no one.

(Being blamed when doing what he asked and James didn’t like the outcome.)

We worked at a frantic pace because plans would so often change due to James’ mood or change of heart. But I believe the biggest frustration for people was doing exactly what James said but being blamed for the outcome or realizing that he did not remember what he had said.

Regarding his ongoing conflict with GCC, I believe everyone is in agreement that he should not have shut down HBF the way that he did. I also believe that everyone is in agreement that HBF staff should not have been treated the way they were after the shutdown happened. The impact of how that was handled and the ongoing harassment of ex-HBF employees caused several of them to have medical issues due to stress and it destroyed them emotionally. I believe that so much of that conflict could have been salvaged by a simple heartfelt apology from James, not even necessarily for the decision itself but for how it was handled. Harvest keeps claiming that GCC refuses to reconcile, but the refusal is because James tried repeatedly to send in XLT to deal with the situation. GCC has been saying that they do not recognize XLT as the leadership of the church and they wanted to meet with James and the entire elder board. This request was refused. Our entire network of 175 churches was thrown into utter turmoil because of a refusal to apologize and to reconcile the problem in the right way.

The World Tour in 2015 took place when our church debt was probably near its peak. James traveled first class or with private planes to every destination and always had at least one person travel with him in first class. He would go on lavish excursions and eat at fancy restaurants and we paid a lot of money in change fees on flights because he was not happy with the itinerary even though it was presented to him prior to leaving for approval.

(Build a new runway to get MacDonald out of Haiti)

At the end of the tour, he wanted to leave Haiti on Sunday night after service to go home, but his flight was scheduled on Monday. He was told that planes would not fly out of Jacmel because the runway was too short. He had HBF staff call the Haitian government to offer money to build a longer runway so that the plane would leave from there. When this request was refused numerous times, he had them call Missionary Aviation Fellowship which flies small private planes. Because they are a Christian organization, they do not fly on Sundays. However, enough money was offered to them to break their long-standing rule to fly James from Jacmel to Port-au-Prince so that he did not have to wait another day to fly home. I do not know the total sum of money that was spent on that tour, but I do believe all of the monies came from HBF funds.

(Were monies designated for international church planting used to upgrade tech at HBF?)

I kept hearing about how funds that were designated specifically for missions had been used for HBC purposes, whether large or small and we were consistently having to fundraise and find more money for projects we had committed to at the beginning of the financial year. The biggest example of this is the $500,000 of HBF money that was used for the tech upgrade at HBC. I know there is some overlap as to who actually benefitted from this upgrade, but the bottom line is that money that was given specifically for international church planting was used for another purpose and HBF staff was put under pressure to raise more money to cover the deficit.

…after seeing the dissolution of HBF, nothing has changed. A plurality of elders still are not involved in major church decisions, James’ behavior continues to go unchecked and the culture of the staff at Harvest remains the same. I was asked to write this statement and it truly grieves me to do so, but being a long-time staff member, I feel obligated before the Lord to share what I have seen in the hopes that the fruit of Harvest Bible Chapel, not just James MacDonald, can continue to grow. Harvest has been instrumental in the spiritual growth of tens of thousands of people and for the sake of these sheep, a close examination of how we have done things and some radical changes need to take place in order to lead the sheep to solid ground and greener pastures.

Ed Stetzer is one busy man. He held a summit on sex abuse at Wheaton (I had no idea he was involved in sex abuse advocacy until the summit), and will be writing a book on the subject.

holds the Billy Graham Chair of Church, Mission, and Evangelism at Wheaton College, serves as Dean of the School of Mission, Ministry, and Leadership at Wheaton College, and serves as Executive Director of the Billy Graham Center. He has planted, revitalized, and pastored churches, trained pastors and church planters on six continents, has earned two master’s degrees and two doctorates, and has written hundreds of articles and a dozen books. He is Regional Director for Lausanne North America and publishes research through Mission Group.

Stetzer is a contributing editor for Christianity Today, a columnist for Outreach Magazine, and is frequently cited in, interviewed by, and writes for news outlets such as USAToday and CNN. He is the Founding Editor of The Gospel Project, a curriculum used by more than 1.7 million individuals each week for bible story.

His national radio show, Ed Stetzer Live, airs Saturdays. He also serves as Visiting Professor of Research and Missiology at Trinity Evangelical Divinity School, Visiting Research Professor at Southeastern Baptist Theological Seminary, and has taught at many other colleges and seminaries.

How many of you knew that he is also a teaching pastor at Highpoint Church which is a fairly recent appointment? Did you know that this is a church plant of Harvest Bible Chapel? The current senior pastor, Ron Zappia, changed the name to Highpoint in the last year or so.

Does anyone know if pastors at HBC are given cars for their use? I’ve been informed by some reliable folks that James MacDonald gave Ed Stetzer a vintage Volkswagen Beetle convertible. I’ve even been given the vanity license plate but won’t post that. I was informed that the car was paid for by HBC funds. Given the recent reports out of HBC, I felt that this was worth investigating.

I left a message for Pastor Stetzer today but have not heard from him at this time. I will post an update if I find out. If that car was given to Stetzer(and if other cars were given to pastors) and the cars were paid for by church funds, I believe the car(s) should be returned to the church or the church reimbursed. Goodness knows, they need the cash.

Well, that’s sure enough to keep people commenting this weekend.