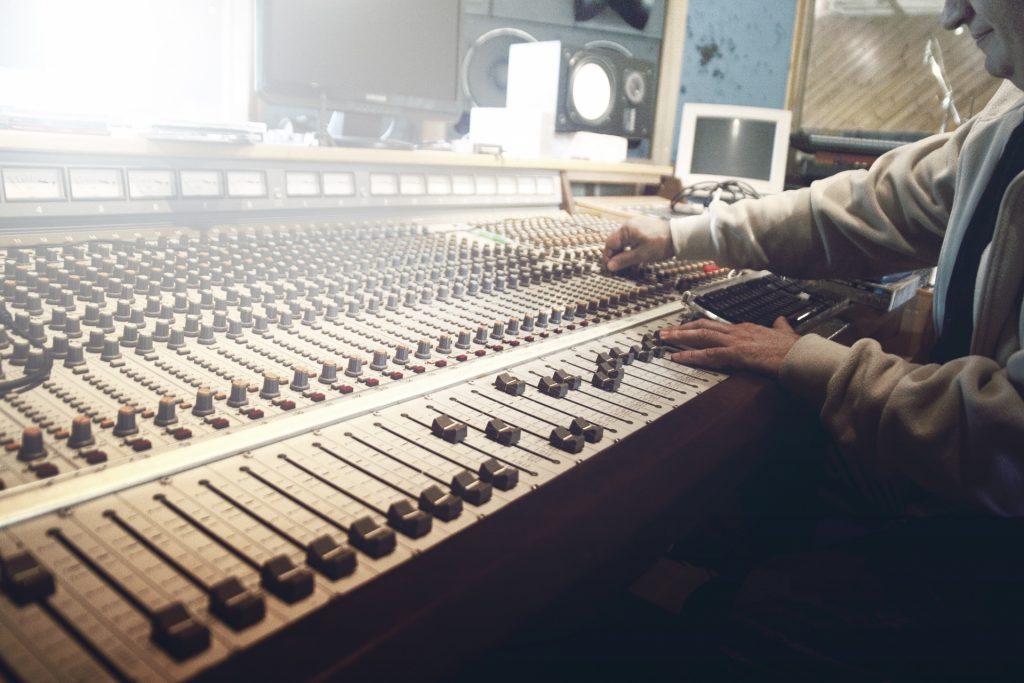 Recently, Mancow played the following recording on his show. It is my understanding that a number of listeners recorded the broadcast. One of those alert readers thought I, along with TWW readers, might be interested in listening to the show. I miss the show and jumped at the chance.

Here is a list of the people you will hear or will hear mentioned in the program. Mancow and Julie Roys discuss and introduce the recording.

Who is on the recording?

Who is mentioned by MacDonald and Moore in the recording?

Who is Johnnie Moore?

What is the timing of this recording?

Christianity Today had just  published James MacDonald Sues Harvest Bible Chapel Critics for Libel, Oct. 30, 2018, and MacDonald. is displeased. MacDonald wants CT to post an article written by him, explaining his *side of the story.* Surprisingly, CT decides to go ahead and give MacDonald carte blanch (in my opinion) to write an Op -Ed. James MacDonald: Why Suing is Sometimes the Biblical Choice,” Nov. 2, 2018 (just s few days later!)

It appears that Moore is advising MacDonald on how to manipulate CT so they’ll change how the portray MacDonald and allow MacDonald publish an op-ed (in other words- written by him.). Then, MacDonald takes a call by Jeremy Weber (CT.)

Some comments to think about.

I wonder if CT would let me do an Op-Ed on this situation?

(JMac)  No. Johnnie trust me, trust me. People have no idea. If, if meekness is power under control, I am the meekest man on the face of the Earth. I have taken no retaliatory action toward all of these people for six years. And I have only with great reluctance filed a lawsuit with a very measured and reasoned explanation. I talked to ten or fifteen Christian leaders to get their advice, including you, on what to do, how to do it. I’ve done everything by the book. You know. It’s only my thought life that’s breaking bad, not my actions.

So the decision, uh, to go and take the bloggers to court is a very, very measured, thought-through, I mean from RAVI ZACHARIAS to JACK GRAHAM, if I listed you the number of people, GENE GETZ (Sr. Pastor Fellowship Bible Church North in Dallas, TX, and former board member at Moody Bible Institute). (ed. note: Jack Graham is the head pastor of the ginormous Prestonwood Baptist Church)

J Mac who claims the following folks helped him realize that he didn’t need to turn the cheek any longer.

I just became convinced through talking to people, and this is, WAYNE GRUDEM (prominent evangelical theologian & professor at Phoenix Seminary) is a part of it, and you guys do reference that. But he would be one of many people, GENE GETZ just changed his Bible, his, uh, uh, Study Bible. The ESV study bible, I’m very good friends with JUSTIN TAYLOR (exec. VP Crossway Publishing), and the ESV Study Bible just changed their position on it, that First Corinthians six is about individual brothers.

Seriously? Julie Roys is running around to homes of victims, yelling that there’s a cover up at Harvest?

I don’t hate any of these people. JULIE ROYS, you should know again, a little background. JULIE ROYS was last week approaching the houses of people who are victims in a DCFS investigation and shouting out front with another person who used to attend our church, um, “There’s a cover-up at Harvest! There’s a cover-up!” Ya know, and just, it’s—it’s just insanity. It’s like they’re gonna be—I said to my buddy, I said, they’re gonna be, she’s going to be like riding a tricycle with a midget on her shoulders in another 30 days. And you people should hear us, I have no joy in saying this, like she’s off the rails. And um, it’s unfortunate. I think she’s been really wounded by the thing with Moody. When we cancelled her for speaking with us, we met with her. We had three ladies meet with her—our elder board chairman’s wife and our director of women’s ministry. We gave her her honorarium anyway. We’ve never been anything but unkind to her. And um, so, anything but kind to her. And uh, but, but um, again—ya. So, I, I’m happy to—you guys should be very cautious.

Jeremy Weber seems to go along with the Op-Ed thing when asked by MacDonald.

Hey Jeremy, can I do one, too?

(Weber) Yeah, so, um, yeah, no def (uninterpreted) on my list, I couldn’t get a hold of you, what I was going to say was, um, it did sound like your, um, initial narrative to me, right, that you were feeling a lot of um, uh, misunderstood criticism of the choice to sue as either a theological matter or a strategic matter. So, yeah, I was going to say to you, um, if you wanted to write on that, you know, essentially like an Op/Ed on that argument, yeah, I’d be happy to, uh, publish that.‘Cause, yeah, I think the deeper idea here, that I think, uh, essentially those, um, what I think is the constructive thing for others to ponder, and then again, because of HARVEST’S, like, size, (uninterpreted)  people are truly going to be interested in the, like, outcome, how it might either, you know, reshape the landscape, or at least, um, uh, you know. The people of good will, cause them to rethink their position on this. So, um, it sounds like you both have some, you know, examples of others shifting on it . . . the ESV Study Bible change. Um, obviously you’ve done your own reflection. Um, so yeah, I was going to say, I would happily publish a, uh, Op/Ed where you make that, ah, that case.

…You have a chance to address some of the um, again, like theological criticism, um, which I feel like our readers would be fairly neutral and curious on, um, again, the story wasn’t, uh, yeah, from our perspective, uh, critiquing that strategy. But, um, yeah, I would happily, yeah, give you an Op/Ed on that. Um, really length does not matter.I mean, obviously, you’re going to have to structure your graphs well.

J Mac insults CT after being given what he wanted.

The laughing in the background

How does this reflect on the men who surround J Mac? How could these men sit their and laugh at some of this wretched stuff? Do they read their Bibles?

Let’s end this with a question. Does this sound like the conversation of a deeply committed Christian pastor?