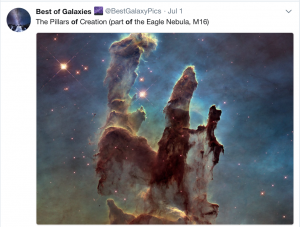 When I lived in Dallas, I watched, befuddled, the beginning of an instant megachurch, Stonebriar Community Church, with Charles Swindoll at the helm. Swindoll is also the Chancellor of Dallas Theological Seminary. Now, the Dallas Christian crowd loves a celebrity and Swindoll, at the time, was a bona fide celebrity.

I remember the day it opened. I was told by an enthusiastic *I was there* person that there were 2500 people who attended. These were not new followers seeking a deep experience. The people who showed up were people from surrounding churches. This church devastated some area churches which didn’t have a *name* in the pulpit with which to attract/keep celebrity hounds.

I remember listening to the conversation at the Christian school where my kids attended. Comments like “Were you there? I was.” “There were thousands there. Can you believe it?”  When I asked some of the breathless attendees why there was a need for another church in that location, they looked at me like I had lost my mind. In their minds, since 2500 people came, this was evidence of success. Not one person considered the fact that the church was merely sucking up people from other churches. The people who came were not seeking a deep experience. They wanted to be part of *the experience.*

The churches experiencing competition are not “old timey” Baptist churches with old ladies and organs.

Recently, I’ve been watching  *in your face* competition that is occurring in Southern Baptist churches all over the place. Before I begin, I want the reader to understand that these startup/satellite churches are not bringing anything to the table. The churches with which they are competing are solid SBC churches with good music, relevant teaching, coffee bars, etc. Some even have fog machines…

What I learned from a conservative Lutheran pastor

Last year, I had the opportunity to speak with a thoughtful, semi-retired ,conservative Lutheran pastor whose sermons I have enjoyed. I asked him how the Lutherans plant churches. He spoke about how my church got started. In his leadership role, he saw the need for a Lutheran church in a rapidly developing community. He met with the other churches of the same synod in the area and together they decided a church was warranted.

The churches cooperated in bringing this new church into existence.This church did not start by sucking members out of other Lutheran churches. It started with a small group of people in the area and was supported by the surrounding churches.

Southlake, Texas and The Village Church: Going where the money is?

Now Southlake has something that is a draw for The Village Church. It ranks  6 out of 10 of MSN’s 10 Richest towns in America. So, is cooperation between churches of the same denomination ithrown out the window when there is money to be had? Matt Chandler wasn’t even subtle. He put his satellite church right across the street from Southlake Baptist. Is “In your face” is a new gospel phrase?

You can see it clearly in the map below. 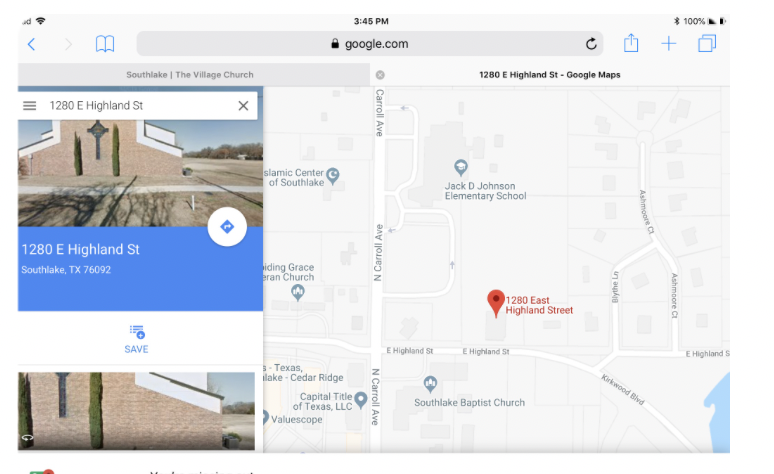 Why is this a good idea?

I invite all of you to come visit me and let me take you on a ride through areas near my home. I live in North Ralegh, close to Wake Forest. This area has lots of nice homes and a ton of churches-mostly SBC churches. We live near Southeastern Baptist Seminary which is pumping out young Reformed Baptist pastors as fast as they can. Many of them have discovered what a nice area this is-close to mountains and ocean-along with well to do residents who attracts all sorts of goods and services.

Besides seeing new supermarkets appearing on every corner, one trips over a number of covert Reformed Baptist churches with cutesy names like Restore. Just about every strip mall has these start up churches. if one reads their statements of belief, etc. one will find that they are essentially clones of one another.

I use the term *covert* because none of these churches wants to cop to their membership in the SBC. Being a member of the SBC apparently is a net negative these days. Even JD Greear hid the fact that The Summit was a Baptist church until he got nominated for President of the SBC. Go figure.

This area has a number of successful (if one counts success by numbers…) Reformed Baptist churches.These are not your grandmother’s Baptist church. These are lively church with the band up front, *relevant* sermons, small groups, coffee bars, membership contracts, the works.

Did you know that there are two behemoth covert Reformed SBC churches in the Triangle? This is besides the plethora of large, covert Reformed Baptist churches. One is JD Greear’s The Summit Church. The other is Mike Lee’s Hope Community Church. You can confirm they are SBC churches at this link. Both churches claim attendance or membership in the area of 7,000. Recently I received a call from Hope stating that they were considering starting a satellite in North Raleigh and asking us if we were interested. I started to laugh since the last thing we need is another SBC church in our area.

Let’s take a look at what JD Greear is doing. He has purchased 70 acres of land right down the street from me in back of a bunch of car dealerships. He plans to locate his main church campus along with his administrative offices here. From the Triangle Business Journal: Summit Church buys 70 acres in north Raleigh for $6.9M.

According to CBRE-Raleigh, which represented the buyer, the church plans to build a 65,900-square-foot facility. Summit Church has 10 locations in the Triangle.

His current facility is located in Research Triangle Park (Durham) and is located near universities in the area. University students and singles are in the majority at his present location. So why is Greear moving his main campus 19 miles away to the new location?

Why in the world does this area need another SBC church? Here is what Greear said.

Our desire is for everyone in our community (the Triangle) to be no more than 15 minutes from a thriving evangelical church or a Summit congregation.

Yet he is moving into an area with a plethora of church and he will need to compete directly with *thriving* SBC congregations. Those thriving congregations better get ready. Hardball competition for their money is about to commence and The Summit intends to win.

If anyone thinks this these church plants are going into areas that do not have churches that are bringing the *Gospel* to those who are lost, please think again. From my vantage point, this is about getting the money by taking members of other churches and making them (along with their bank accounts) members of Summit.

We will be keeping an eye on how The Summit does when it opens its new, behemoth church. We will attempt to keep a count of membership of the other, currently thriving churches in the area. We predict that these church will experience a precipitous drop in membership. Yet, they will be told to keep a stiff, upper lip for the *sake of the Gospel.*

If anyone is a member of one of those churches (you know who you are), please contact us. We would like to keep accurate counts of the shift in membership in the coming invasion.We will keep your contact confidential.

I am left with a question. Why don’t local SBC churches cooperate instead of compete with one another? They look more like Coke and Pepsi going after the same people. But, then again, isn’t free market, American competition amongst churches a value found in the Bible? It’s got to be somewhere…