’What do you fear, lady?’ he asked. ‘A cage,’ she said, ‘To stay behind bars, until use and old age accept them, and all chance of doing great deeds is gone beyond recall or desire.” Lord of the Rings 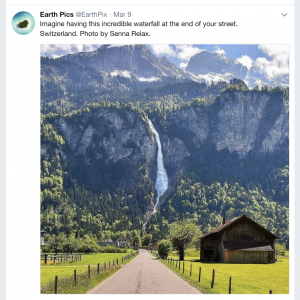 The Deebs spent hours on the phone today, discussing the Paige Patterson situation. We don’t think the current outcry is as simple as it seems and thought our readers might like to know what we talk about when we look over a situation.

Let’s get this out of the way first. We called for Paige Patterson’s resignation in 2009. We have never deviated from that stand and we believe he should have been gone a long time ago. Are we glad that others are jumping on our lonely bandwagon? Of course we are. But, if our readers think this is a simple *waking up,* we are going to disabuse you of that notion. We want you to contemplate the questions that we have and see if you can come up with some answers to these questions.Nothing is an simple as it looks. Agendas are everywhere.

The petition/letter calling out Patterson’s remarks is ONLY about his remarks regarding the 16 year old girl.

Christianity Today posted Southern Baptist Women Launch Petition Against Paige Patterson.The current count of signatories is 2200.  Deb is not going to sign it because it demands an adherence to strict complementarianism and the Baptist Faith and Message. Plus she doesn’t know who wrote the letter. I cannot since I am no longer a Baptist (something, I confess, which relieves me greatly.) It’s a great idea but there are some notable lacks in this petition.

Christianity Today appears to present this letter as a comprehensive response to Patterson’s remarks. It isn’t. Why?

Patterson, one of the most influential leaders in the Southern Baptist Convention (SBC), has faced widespread criticism in recent weeks for old remarks, including a discussion of divorce in cases of abuse and multiple comments on women’s appearances.

“We cannot defend or support Dr. Patterson’s past remarks,” stated an open letter to SWBTS trustees, which grew from 100 to more than 1,000 signatories on Sunday night. “No one should.

“The fact that he has not fully repudiated his earlier counsel or apologized for his inappropriate words indicates that he continues to maintain positions that are at odds with Southern Baptists and, more importantly, the Bible’s elevated view of womanhood,” states the letter. “The [SBC] cannot allow the biblical view of leadership to be misused in such a way.”

You can read the entire letter here. There is something odd about this letter. It has a preface that is not part of the letter. It is in this section that there is link to the woman who had the two black eyes.They do not mention it by description in the actual petition which  they call a letter, like they did the 16 year old woman. The question is “Why is this not in the actual petition?”

Now look at the letter. What are they actually protesting? They are only protesting the ridiculous and demeaning remarks he made about the 16 year old teen. Yes, the Deebs are fully against those specific comments by Patterson but we are concerned about the limited scope of this petition.

We are shocked by the video that has surfaced showing Dr. Paige Patterson objectify a teenage girl and then suggest this as behavior that is biblical. We are further grieved by the dangerous and unwise counsel given by Dr. Patterson to women in abusive situations. His recent remarks of clarification do not repudiate his unwise counsel in the past; nor has he offered explanation or repentance for inappropriate comments regarding a teenage girl, the unbiblical teaching he offered on the biblical meaning of womanhood in that objectification, and the inappropriate nature of his own observations of her body.

What the actual letter does not address.

Does everyone signing this letter know they are affirming the gender roles statements of the SBC?

Be sure to read thoroughly what is being signed. Here is a link to that statement.

We are concerned Southern Baptist women who affirm the Baptist Faith and Message 2000, including its statements on the roles of men and women in the family and in the church.

The petition is intended for women at SBC churches who affirm the denomination’s complementarian theology.

A favorite quote of a favorite pastor of mine, Jim Abrahamson, is “Even on my best days, my motives of mixed.* Remember that quote. It will help you as you wander this post evangelical wilderness. It also helps me as I approach confession and communion each week.

Why is that? Calvinists versus Non-Calvinists in a fight for the SBC is a possible motive to help you assess this matter.

Look around at what is going on and always ask “Why?” Here is one example that applies to this particular situation.

The SBC convention will commence in the second week in June. JD Greear, a staunch Calvinist and a big deal in Calvinista circles, has been promised the SBC presidency this year. JD Greear has been extremely supportive of CJ Mahaney which means that abuse issues within the SBC may not be high on his list of priorities.

Enter Ken Hemphill who is the former President of SWBTS (before Paige Patterson.) Hemphill is the leader of the *Billy Graham* wing of the SBC while Greear is a leader of the Calvinist wing. SWBTS is one of the few major Baptist seminaries which does not emphasize Calvinism. Do you doubt the Deebs? Here is a post whose title says it all: Showdown looms over SBC and Calvinism.

Showdown looms over SBC and Calvinism

A longtime Southern Baptist leader warns there is a theological civil war brewing over the influence of Calvinist leaders within the denomination.

Richard Land, the former head of the Southern Baptist Convention’s Ethics & Religious Liberty Commission, says he supports Ken Hemphill to lead the SBC as president in order to preserve the gospel message.

…Land tells OneNewsNow that his backing of Hemphill is not an attack on Greear, whom he describes as a great pastor and attractive candidate to lead the SBC.

The issue of Calvinism’s influence is the biggest issue facing the Southern Baptist Convention at the moment, Land adds.

What is this telling us? There is an apparent war in the SBC regarding doctrine. I bowed out of these the moment I left the SBC so I don’t have a dog in this hunt any longer. However, there is a war going on. Could it be that the CBMW/TGC/Acts29 faction (read Calvinistas) decided to dredge up these comments by PP not because they really care about abuse but because they have a war to win and this is just one of the skirmishes?

Why is Patterson’s comment about the lady with black eyes statement not in the actual letter?

I have pondered this all day. I don’t know for sure but I wonder if it has something to with views by a number of Christian leaders in the SBC regarding abuse and divorce. Of course, the current trend is to proclaim from the rooftops that one is against abuse and that women should be allowed to separate for safety. However, I know for a fact that some leaders and pastors do not believe divorce is warranted in abuse situations.

There is an underlying belief that the book of Hosea is proscriptive. Women would stay married to abusive spouses because Hosea stayed married to Gomer. We received a number of comments from members of The Village Church who believed that Karen Hinckley should have stayed married to her pedophile husband because the book of Hosea “says so.” We wrote a post about this poor understanding in The Harmful Misuse of Scripture Regarding Divorce Due to Abuse and Infidelity.  John Piper, who holds incredible sway over the thinking of the Calvinistas, is one who does not believe in divorce and remarriage when it comes to abuse.

I think everyone should question their pastors and leaders very carefully on divorce in this situation. I wonder if the reason the lady with the black eyes was not mentioned in the actual letter is due to the awkward questions being raised about divorce in cases of abuse. The fact that this incident was not in the actual body of the letter is disturbing. The actual abuse of a woman is even worse than his stupid, unacceptable remark about a 16 year old teen’s appearances.

Why is no one bringing up the Darrell Gilyard situation?

The Deebs find this even odder. Here we have 25 women who were actually harmed by the actions of Darrell Gilyard. These women were told that Paige Patterson would not hear their complaints unless they EACH brought 2-3 witnesses and physical evidence of their assault!!

If you read the account, Gilyard wet on to other churches due to the inexcusable inaction of Patterson. He continued to molest other women. So the finalcount is far higher, more like 44. Gilyard was eventually arrested and sentenced to three years in prison.

Now, here is where it gets downright despicable. This registers sex offender and ex con is the pastor of a church in Jacksonville Florida where he was able to get the terms of his probation changed so he could preach to children!

Gilyard completed a three-year prison sentence on Dec. 28, 2011. Four weeks later he tookthe pulpit at Christ Tabernacle Baptist Church, prompting community protests and a visit from Jacksonville Baptist Association, which resulted in an agreement that the church would “leave the fellowship” of the Southern Baptist Convention regional affiliate.

Please note that the local SBC group paid a visit to this church and got them to drop out of the regional association of the SBC. I cannot find the church listed now with the SBC. However, it was with the SBC which raises an important question.

Update regarding the lady with the two black eyes who now claims the media didn’t get the story right.

I was getting ready to post and found this piece of information that was interesting in the Christian Post. I find this statement oy the supposed victim confusing. No one misunderstood anything. We have the audio of what was said so the media so we didn’t get it wrong. This whole thing seems a bit conjured up to me but you can decide for yourselves.

Patterson later explained that the husband showed up to church, repented of his actions, and is now “a great husband today.”

After the comments sparked ire from many evangelicals and conservative Christians, with megachurch pastors like Rick Warren to popular evangelists like Beth Moore insisting that abuse is never OK, Patterson clarified that he has “never counseled or condoned abuse of any kind.”

“I will never be a party to any position other than that of the defense of any weaker party when subjected to the threat of a stronger party. This certainly includes women and children,” he added in a statement.

Angie Brock, a real estate agent from Oklahoma, said on Twitter she was the one Patterson was speaking about and that the Southern Baptist leader helped her when she was abused by calling authorities. She suggested his comments may not have been interpreted by the media correctly. The Christian Post reached out to Brock for clarification but has not heard back at press time.

Brock explained that Patterson never suggested that she has to “stick around and get smacked.”

“What he did was bring the authorities, remove my violent husband and encourage me in the Word. Not recommending divorce does not mean approval of abuse,” she revealed.