“Habitual excuses for inactivity indicates little or no interest in what one ought to have done.”  ― Itohan Eghide, Master of Maxims link 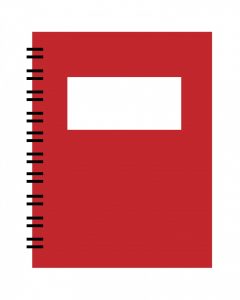 I am sure that our readers are well aware that there is a difference between .org and .com at the end of a website address. Sometimes both .org and .com are available when applying for a domain name. If they are, it is usually wise to buy both .org and .com in order to prevent someone else from using your name in an attempt to confuse your intended audience. Sometimes, a person can use such name recognition to expose issues with the original website.

As our readers know, we are awaiting the trial of Tom Chantry who is a pastor associated with the Association of Reformed Baptist Churches of America (better known as ARBCA.) Their web address is http://www.arbca.com. This organization has been adamant in its support of Chantry, even allegedly holding their own investigation into the allegations against Chantry, and then exonerating him.This extremely tight knit group of men also have ties to associates of John MacArthur, such as Frank Turk, who have behaved in a less than congenial manner towards those of us who believe that Chantry is guilty of the charges leveled against him.

To get the background on Chantry and my unfortunate encounters with Turk and Phil Johnson as well as a a cowardly creepster who sent a letter to my church and my husband’s employer demanding my excommunication (Duke University is not particularly interested in getting my church to excommunicate me(ROFL) and neither is my church…), please read the following post. Tom Chantry: What Does Guilty and Not Guilty Really Mean?

I was sent a link to what I thought was the original ARBCA.com group. However, this website’s address was ARBCA.org. The initials stand for Awareness in Reformed Baptist Churches of America!

This website was started by Anthony Battaglia. I learned that he used to be a deacon in an ARBCA church in Clinton, LA, until recently when the elders “severed” him from membership for posting the information on Chantry. He has a Facebook page as well.

I believe that his former church is most likely First Baptist Church in Clinton, LA. I think you will find the description of its history most interesting. It appears this church was, horror of all horrors, drifting towards Arminianism until it was bravely rescued by Dr Bill Ascol who brought it under the wing of the Founders Ministries, a Reformed group led by Dr Tom Ascol.

In the 1900’s the church became more Arminian until the coming of Pastor William (Bill) Ascol in 1983. Pastor Ascol led the church through a difficult reformation which necessitated both sound instruction and sorrowful church discipline. Under his leadership, the church became a sound supporter of Founder’s Ministries and contributed greatly to the growing reformation of “the doctrines of grace” in Southern Baptist life.

In 1993, Pastor Fred A. Malone came as pastor to carry on the reformation of the church. After a few difficult years of instruction and discipline, the church grew in unity and understanding of the reformed faith according to the 1689 London Confession. Under his leadership, the church joined ARBCA and has greatly enjoyed its fellowship and missions opportunities

ARBCA.ORG is seeking true biblical accountability within the ARBCA organization.

Brent Detwiler (Thank you, Brent) told me that Anthony Battaglia is not posting anonymously. He described him as *a great guy.*

I have yet to speak to Battaglia but it is evident to me, having been the victim of trash talking ARBCA men, that he has been put through the ringer. However, he is a man cut from the same cloth as many abuse advocates. He thinks covering up abuse has no place in God’s church. He stands tall.

There is a great and growing need to promote awareness of particular issues within Reformed Baptist churches in America. Sadly there are congregations in America unaware of sin that is going on behind closed doors in their own church, their sister churches or their associational churches. Despite the fact that on paper these churches are supposed to be ruled by the congregation, they are not given the opportunity to evaluate facts or even be informed of situations that tarnish the Name of Christ, bring reproach upon the Church and devastate the lives of many.

ARBCA.org is dedicated to making the Reformed Baptist community, the greater evangelical community and the world aware of particular situations by posting factual, reliable content concerning the issues at hand.

What are the facts in the Tom Chantry abuse case according to Battaglia’s ARBCA.ORG?

TWW applauds Anthony Battaglia for being excommunicated from his ARBCA church for seeking and exposing the truth. He reminds us of Todd Wilhelm. Both of these men think child sex abuse in the church matters and should be exposed. Unfortunately, it appears to me that groups such as 9 Marks, which went after Todd, and ARBCA, which went after Anthony Battaglia, believe that friendship and *obviously superior* doctrine trump the long term health, faith and safety of children. I frankly just don’t get it. It must be a superior theology thing…

Battaglia has posted a number of links to the documents surrounding Tom Chantry’s situation. They are deeply disturbing. In our previous post on Chantry we posted the links to the police reports but here they are again at ARBCA.org.

The recorded conversation between the lead detective on the Chantry case and a deacon from FBC Clinton.

This conversation is eye opening. There is a discusses on the number of know victims as well as and expression of concerns by the investigator about the knowledge of ARBCA.com regarding Chantry’s activities.
Go to this link to listen.

The following is a recorded phone conversation on August 14th 2017 between an active (at the time of the call and the writing of this article) deacon from First Baptist Church of Clinton, Louisiana and the lead investigator on the Tom Chantry case for the Prescott, Arizona Police Department.

Tom Chantry: Did he get out of jail on a technicality while awaiting trial?

Battaglia discusses this issue and also provides the original court of appeals documents from the Simpson hearing.

The case of the *Red Binder.* Did ARBCA cover up the allegations of Tom Chantry?

Please go to the link provided to see the actual documents surrounding the Simpson hearing which was held to determine if Chantry should be held without bail. As we have already indicated, he appears to have been released from jail due to a technicality. However, the evidence present in that hearing is damning when it comes to the allegations against Chantry. This hearing revealed actions taken by ARBCA. This information will come up again in Chantry’s trial unless he pleads nolo contendere-a possibility.

In the state of Arizona, there are some cases in which an individual may be held without bond. Usually those cases where an individual is held without bond constitute cases where a person has committed a sexual crime with an individual under the age of 15. These cases are “capital cases” and subject to very serious sentencing by the court. A Simpson hearing is a full evidentiary hearing. The same evidence and witnesses may be called upon as in the actual criminal court trial. A Simpson hearing takes place to determine if there is “clear and convincing” evidence that “the proof is evident” and the “presumption is great” that the defendant actually committed the crimes they are accused of committing.

In this section, Battaglia presented his evidence and it is mighty convincing to me. Apparently, Pastor Chris Marley, pastor of Miller Valley Baptist Church, brought evidence to the Prescott police in a *red binder* which reportedly contained documentation of incidents involving Tom Chantry and children from 1995-2000 which occurred at the church. This binder may contain documents from the super secret ARBCA private investigation.

Pastor Marley inherited the red binder when he came to the church. Kudos to him for brining it forward!

Chantry’s defense attorney attempted to prevent the prosecutor from learning what was found in the *red binder.* However, the judge allowed the prosecutor access to the information. There had been some discussion that Chantry may have only be involved in overly zealous corporal punishment on children *under the age of 15.* In fact, the defense attorney tried to get the charges of sexual molestation removed.

However, the *red binder* appears to indicate that Chantry liked to rub the bare bottoms of the children after whooping them to “make them feel better…” Good night!! Not sexual?? Rubbish!

The defense attorney in this last page is trying to exclude the words “sexual molestation” from the report and only have them indicate “excessive, physical force”. He is doing this because this Simpson hearing only deals with the counts relating to molestation and not aggravated assault in determining to hold Tom Chantry without bail.

It appears that ARBCA did their own investigation way back when and did not report their findings to the police which is mandatory under Arizona law.

The following three pages clearly indicate and name The Association of Reformed Baptist Churches from December 13th, 2000 until December 16th, 2000 conducted an investigation into the criminal allegations of excessive force and inappropriate actions toward children.

We believe that Anthony Battaglia is to be applauded for his dedication to revealing the truth. We hope that his information will be helpful in the prosecution of Tom Chantry.

We have heard from some former members of ARBCA that Tom Chantry and his BFFs are claiming that Chantry is being persecuted for his faith. Our answer to that is quite simple. Codswallop!

I recently found this  post written by Tom Chantry on The Confessing Baptist. It is a commentary on Tullian Tchividjian and Mark Driscoll which was posted on 9/10/15. I find his thoughts rather concerning in light of the current situation. More and more, the Chantry debacle reminds me of the Iain D Campbell scandal. Both seemed to be able to brush off those nigglings from the Spirit. I would like to explore how they dealt with the inevitable guilt.

There is more. I took lots of screen shots (in case they disappear) and look forward to presenting some writings in the future.

…But will it (ed. note: church polity)preserve us from a badly mishandled scandal? No, not if we trust in polity alone. Forgive my transgression of theological categories, but right polity cannot save ex opere operato! To avoid scandal, or rather to handle it rightly when it comes, we need grace from on high. For this reason our polity must be pursued carefully and prayerfully by upright and humble men. Otherwise it will fail. We may wish to say that such terrible scandals as Driscoll and Tchividjian have perpetrated could never happen under our polity, but as our Presbyterian friends have discovered, they might! In fact, brothers, I would say that they have, only not so publicly…

The reason, however, is probably not polity. It is far more likely that the problem lies within our hearts. Maybe we do have one of those polities which, to expropriate Adams’ words, is “better fitted for being well administered than others.” Very well, but let us heed Pope also, and administer it well and faithfully.