“I would rather be what God chose to make me than the most glorious creature that I could think of; for to have been thought about, born in God's thought, and then made by God, is the dearest, grandest and most precious thing in all thinking.” ― George MacDonald link 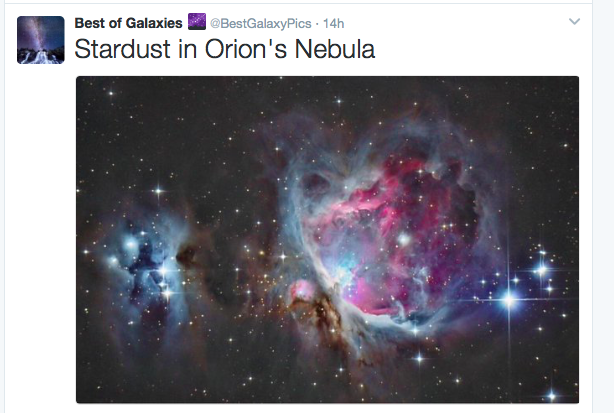 Is Genesis History was released for a one day showing in movie theaters on February 23. There will be some showings after that date. Check local listings.

My beliefs as an evolutionary creationist

I believe that God created man specifically the moment he breathed life into the man.

Then the LORD God formed a man from the dust of the ground and breathed into his nostrils the breath of life, and the man became a living being.(Genesis 2:7 NIV Bible Gateway)

In this account, I believe the dust of the earth could be our DNA. I do not believe it had to be literal dust like that which is hiding under my sofa at this particular moment.

Mankind's physical features do not separate us from the animal world. For example, God breathed life into man's nostrils. Most mammals have nostrils. Gorillas stand upright, have arms and legs, and two genders: male and female. So do men. I believe that the difference between mankind and other animals is this part of the above verse.

breathed into his nostrils the breath of life,

I believe that God's breath imparted our immortal soul which distinguishes us from the animal kingdom.

I also believe that the earth and universe are very old, billions of years, in fact. I also believe that God could have used the mechanism of evolution as scientifically described. In fact, I have evolved and now consider myself an evolutionary creationist but am open to all thoughts on the matter. However, I firmly believe the earth is quite old.

Whether or not anyone agrees with me, I am still a Christian and I take the Bible very seriously. Yes, the Bible has history in it. However, the Ancient of Days, the Creator of language, uses all sorts of devices in the Scriptures to bring us into His realm. He uses poetry, allegory, metaphor, type/anti type, symbolism, simile, parables, and even humor.

Therefore, the Bible has history but it has so much more. I believer that some of Genesis contains history and some of it contains word pictures to help us to understand the creation of the universe by a complex, Triune (try to easily define the Trinity) God who is incomprehensible to us mortals in any complete fashion. He has given us the Bible and it is perfect in that it brings us into some understanding of God. We see this in the Apostle's Creed which is agreed upon by most Christians, regardless of denomination.

However, no matter how deeply some might disagree with me on my understanding of creation, they must admit that I am a Christian who believes that God created the heaven and the earth. We merely disagree on His methods.

I have no problem with the young earth creationists pushing their views on the matter even though I think they are dead wrong and that their science is deeply flawed.

It’s not an easy time to be a six-day creationist. For some time now, the weight of conviction within the Evangelical world has swung toward views that demand an old earth.

He appears to overlook his friend, Tim Keller, in the next statement. It always amuses me that within this tight crowd, they deliberately overlook some of the beliefs of their celebrity leaders. Tim Challies deeply admires Tim Keller.

Keller wrote a post for Biologos in which he discusses his position. Biologos is the organization started by the world renowned scientist, Dr Francis Collins, in order to promote the idea that those who accept evolution can be deeply committed Christians. The following are some excerpts from Keller's paper which I urge everyone to read in its entirety.

The conclusion—we may read the order of events as literal in Genesis 2 but not in Genesis 1, or (much, much more unlikely) we may read them as literal in Genesis 1 but not in Genesis 2. But in any case, you can’t read them both as straightforward accounts of historical events. Indeed, if they are both to be read literalistically, why would the author have combined the accounts, since they are (on that reading) incompatible? The best answer is that we are not supposed to understand them that way. In Exodus 14-15 (the Red Sea crossing) and Judges 4-5 (Israel’s defeat of Syria under Sisera) there is an historical account joined to a more poetical ‘song’ that proclaims the meaning of the event. Something like that may be what the author of Genesis has in mind here.

So what does this mean? It means Genesis 1 does not teach that God made the world in six twenty- four hour days. Of course, it doesn’t teach evolution either, because it doesn’t address the actual processes by which God created human life.

…If Adam and Eve were historical figures could they have been the product of EBP? (ed: Evolutionary biological processes) An older, evangelical commentary on Genesis by Derek Kidner provides a model for how that could have been the case. First, he notes that in Job 10:8-9 God is said to have fashioned Job with his ‘hands’, like a potter shaping clay out of the dust of the ground, even though God obviously did this through the natural process of formation in the womb

…My conclusion is that Christians who are seeking to correlate Scripture and science must be a ‘bigger tent’ than either the anti-scientific religionists or the anti-religious scientists. Even though in this paper I argue for the importance of belief in a literal Adam and Eve, I have shown here that there are several ways to hold that and still believe in God using EBP.29

Only the young earth interpretation is valid.

Tim Challies likes this movie because he says it offers "proof" regarding a young earth. Sadly, he overlooks the main point of the movie.

The bulk of the film is an examination of the earth, of life, and of man and the universe. In every case, Tackett goes on-scene with an expert in his field as they discuss one of these areas. They consider geochronology and its dating methods, they examine soft tissue that remains within dinosaur bones, they discuss the geologic evidence of a catastrophic and worldwide flood, they map the spread of humanity from a central point. Together, they build a compelling case that Genesis is meant to be a historical account of the world’s origins and earliest days. They show that the universe is providing evidence to back its claims.

Hugh Ross of Reasons to Believe, a believer in an old earth but not in evolution, mentions the movie which has limited showing in theaters starting on February 23.

this movie presents a young-earth and global flood view as the only valid interpretation of the Genesis text.

Christians can believe in an old earth and evolution and still take the Bible seriously.

When a movie is released that calls into question the beliefs of serious Christians such as Keller, Collins and myself, then that movie is causing an unnecessary division in the body of Christ. One day, in heaven, we will be presented by all sorts of surprises. I believe that hows of creation will be one of those. Even then, God will still be God and we will still be part of that creation. Perhaps understanding the enigmas of creation will be an eternal process.