"Where I do have a problem is when reformed pastors are not honest about what they believe and what changes they plan to make if called as pastor of a Southern Baptist church." 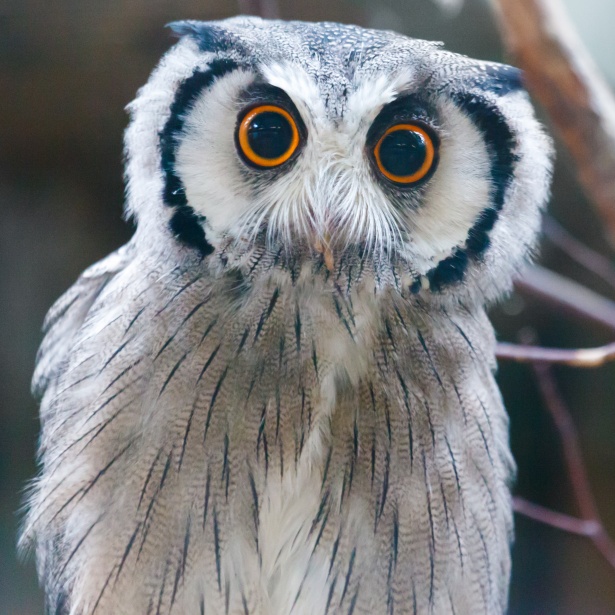 As a Southern Baptist, there are two things I great appreciate about the denomination with which my church is affiliated.  Each local church is autonomous and the predominant form of church government is congregationalist.  However, there is a growing trend among 'key' Southern Baptist leaders and their disciples (seminary students and grads) to change these aspects of church life – though they would deny it.  I am talking about the spread of Calvinism in Southern Baptist churches.  Tragically, WAY TOO FEW Southern Baptists are aware that this is even occurring. 🙁

Take First Baptist Church Rocky Mount (FBCRM), for example.  According to its former pastor, Dennis Darville, the pastor search committee grilled him when they were considering him as interim pastor.  Then when it came time to hire a permanent pastor, he passed muster because he hadn't rocked the boat during his year and a half as interim, thereby gaining the trust of the congregants.  According to FBCRM members who left comments under our posts regarding that terrible debacle, Darville began making changes in short order after securing the head position.  One of the major changes he tried to implement was "elder rule".  When the lead pastor systematically places his YES men in elder positions, he has for all intents and purposes gained total control, and congregationalism as well as autonomy no longer characterize the congregation.

Three years ago The Huffington Post published an article entitled How Calvinism Is Dividing the Southern Baptist Convention.  The article begins as follows:

Nearly 35 years after conservatives launched a takeover of the Southern Baptist Convention, a new divide is emerging — this time over the teachings of 16th-century Reformer John Calvin — that threatens to upend the nation’s largest Protestant denomination.

Folks, this is serious and it is imperative that every Southern Baptist congregation be informed!  The article goes on to state:

Because each Southern Baptist congregation is autonomous, local congregations hire and fire pastors. According to the report, congregations are free to choose Calvinist or non-Calvinist pastors, but both the candidate and the congregation must be honest about their beliefs.

“We cannot assume that pulpit (search) committees will have the theological understanding of Calvinism to ask the sort of questions that need to be asked for full disclosure to take place,” Hankins said.

Max, one of our loyal commenters who is in his 60s and a Southern Baptist wrote:

The entire Southern Baptist Convention is broken and handicapped if you believe the New Calvinists. They have been called into the world for such a time as this to fix it. I refuse to call what I’m seeing in such ministries as “church”. The Church of the Living God is a holy institution; the stealth and deception we are seeing in New Calvinism is not a holy mission. 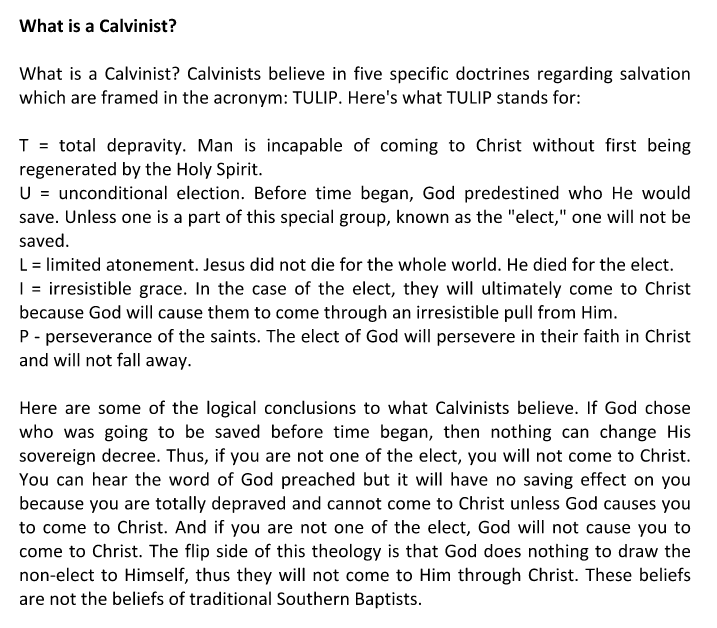 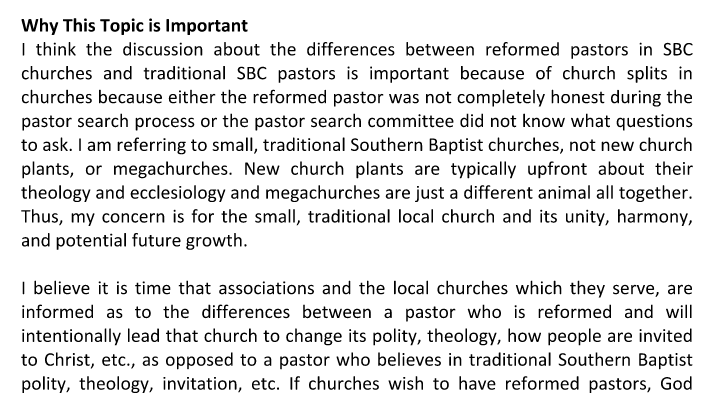 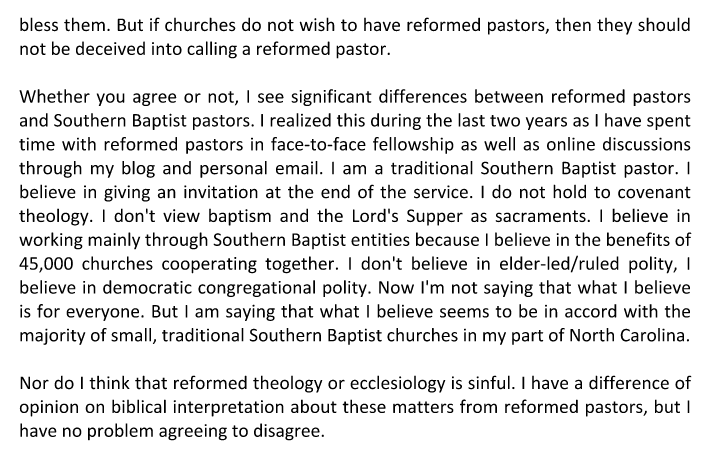 This next screen shot is VERY IMPORTANT and we quoted a portion of it in a previous post. 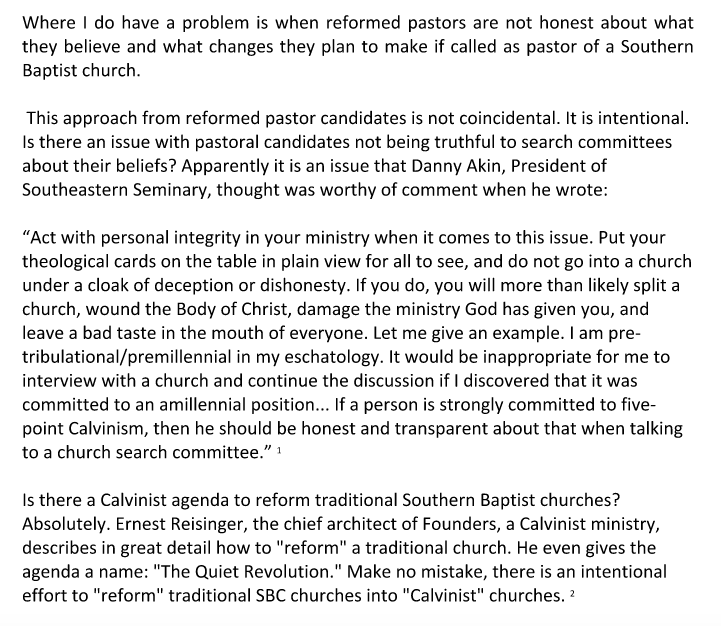 Les Puryear goes on to write:

We saw what happened at First Baptist Church Rocky Mount when quite a few members finally realized that the pastor they called was not a good fit for their church.  In short order Dennis Darville split the church, and now families, friends, and others in the community have strained relationships and divided loyalties.  This cannot be of God!  Going through a church conflict or split is one ot the most painful things any Christian can experience.  We believe it can be avoided through education.  Here is a simplistic outline contrasting Reformed Churches and Traditional Southern Baptist Churches. 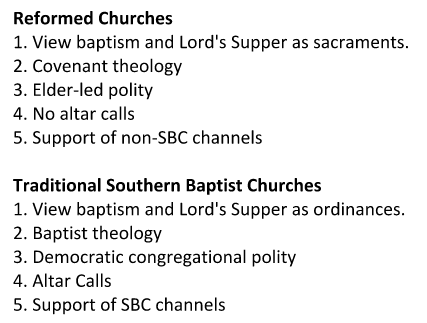 For a better understanding of the differences, please take the time to read the entire booklet by Les Puryear.  We recommend printing it and handing it out to key people in your church, such as deacons and members of the pastor search committee.  Here are some key questions that he outlines at the end of the booklet. 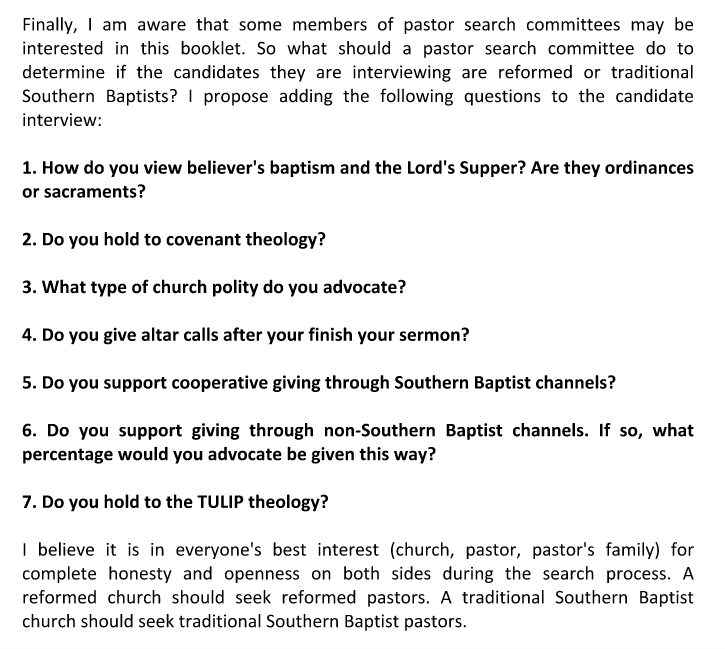 Given the fact that many of the recent graduates of certain Southern Baptist seminaries self-identify as Reformed (Calvinistic), traditional Southern Baptist congregations must educate themselves on these theological trends.  If they are dead set against hiring someone who has embraced the "Doctrines of Grace" (a phrase that means they are reformed), they might consider having their newly called pastor sign a document like the one below, which is over on the Christians for Biblical Equality website (see screen shot). 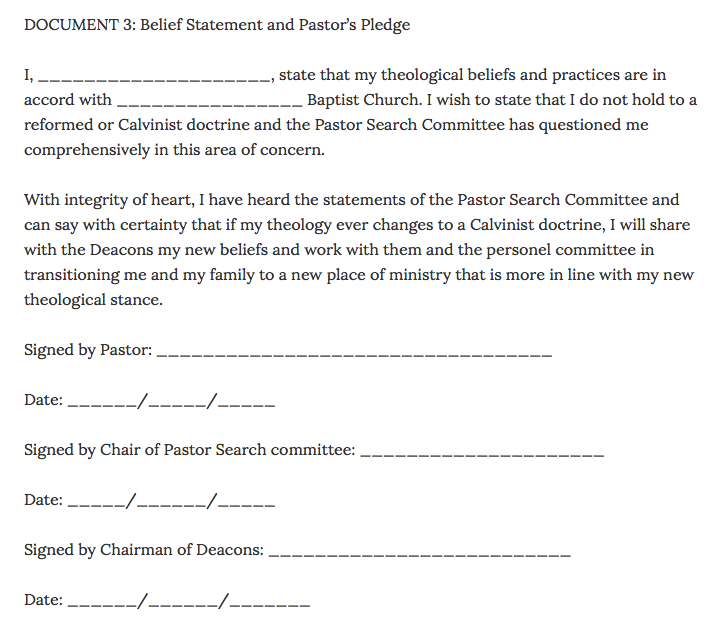 We have found time and time again that 'Reformed pastors' and 'Traditional Southern Baptist churches' go together like oil and water.  They just don't mix, and attempting to make them blend together just frustrates everyone involved.  In the long run, it would be better that they remain apart because the end result is never good.

If you are in church leadership or if this post has peaked your interest, please do yourself a favor and tap into the power of the internet.  Do some Google searches of these topics:

Please feel free to share your questions in a comment, and we (along with our readers) will do our very best to answer them.  As we have stated before, when it comes to hiring a pastor (especially a recent seminary grad)… CAVEAT EMPTOR!

We NEVER want you or your church to experience the pain and heartache felt by those who were once affiliated (or continue to be) with First Baptist Church in Rocky Mount.  Please remember to keep them in your prayers.