“Build an army of young people who will change the world…”

Message Ron Luce Claims to Have Heard From God 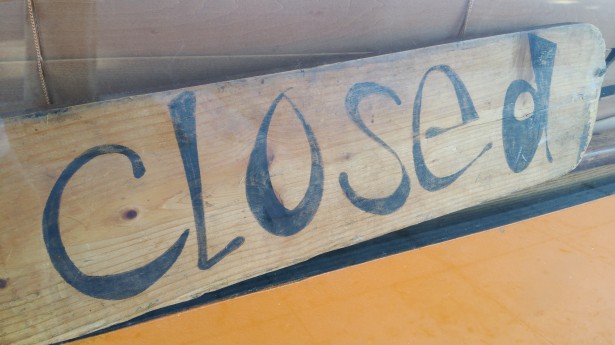 Teen Mania International, which existed for almost thirty years, called it quits last week.  It was founded by Ron Luce, who professed to hearing a directive from God when he was 25 — "Build an army of young people who will change the world…"  An Oral Roberts University graduate who began devoting his life to youth ministry at age 16, Luce formulated various methods for reaching millions of youth.  According to the Wiki article on Teen Mania International, there were six ministries within the organization, namely:

(2) Global Expeditions were short-term missions projects in the United States and abroad, ranging from one week to eight weeks.

(3) Honor Academy was an internship program for high school graduates and college students.

(4) Extreme Camps were held in the summer at the campus in Garden Valley, Texas. Attendees participated in a variety of activities (e.g. paint ball, ropes courses, swimming, and extreme sports) and heard Christian speakers and musicians.

(5) School of Worship was a follow-up program for graduates of teh Honor Academy.  The emphasis was technical skills and spiritual leadership for musicians.

(6) Battle Cry Campaign was an organizing initiative of Teen Mania Ministries, which sought to influence American and Canadian social and political culture.  Ron Luce launched it in 2005, and it ended in 2007.

Last February, we wrote about this organization in a post entitled Teen Mania Ministries: Caveat Emptor! Back in 2011 there was a huge outcry about this ministry, and a shocking documentary called Mind Over Mania aired on msnbc.  Here is a clip with highlights of that documentary.

When writing last year's post, I took the time to watch this shocking documentary, which lasts about 45 minutes.  It has been uploaded to YouTube in three installments and can be viewed here.  Should you decide to watch it, you should be aware that there are some very disturbing scenes.

I am proud of the brave young women who blew the whistle on this abusive ministry.  It is worth noting that they developed the courage to come forward after reading blogs that were critical of Teen Mania.  There's no doubt about it — the internet is making a difference!

Christianity Today recently published an article about the demise of Teen Mania, and during the interview, Ron Luce quoted well-known British missionary Hudson Taylor, who once said:

"There are three stages of every great work of God. First it’s impossible, then it’s difficult, then it’s done.”

Given the documented footage featured in Mind Over Mania, it takes a lot of gall for Luce to quote Taylor.  There are none so blind as those who will not see…  In all likelihood, Luce will probably never understand why his ministry experienced tremendous financial problems.  The CT article went on to state:

“Honestly, the hardest part about our closure is for people to misinterpret what the closing of a chapter means,” Luce said in an hour-long, exclusive interview. “Scripture talks about old and new wineskins. Sometimes old wineskins don’t need to be used anymore."

It’s not necessarily a bad thing, he said. "There are plenty of Christian organizations that become institutions, that are dead and dry, and they’re old wineskins.

"We don’t want to become that," he said. "Teen Mania has completed this assignment."

According to the Christianity Today article, Teen Mania had HUGE coffers.  Incredibly, In the 2001 fiscal year,

Seven years later, revenue dropped to $20.1 million after someone canceled a $6.1 million pledge.  Perhaps information was beginning to leak out about what was going on behind the scenes at Teen Mania.  Three years later, the msnbc documentary aired.

The CT article alludes to this documentary in the following excerpt:

In addition, some alumni accused the program of spiritual abuse. “The Honor Academy was built to produce character and … ‘put fight’ in a younger generation. That never changed,” said Luce. “What changed was what was deemed acceptable by the younger generation.”

Luce said coaches and military leadership used to be able to motivate young people by verbally threatening them. “Don’t you dare demand something hard out of me,” gets construed as “you’re abusing me,” he said.

“These things happened in culture without us fully appreciating and understanding that maybe we should change our programs,” he admitted. For all the alumni that loved their Honor Academy experience, he said, social media over-amplified the voices of the “few dozen that complained.”

It's no telling how many those 'few dozen that complained' represented.  It was blatantly obvious from the video that abusive tactics were being used.  Shame on Ron Luce and his lieutenants for claiming to be doing God's work. 🙁

The CT article goes on to give details about the financial woes of the organization that contributed to its demise.  It further states:

Teen Mania, which was founded in Oklahoma, will proceed with liquidation through the state’s bankruptcy court.

"After receiving counsel from pastoral leaders, Teen Mania board and legal counsel, it has been determined the best way to draw a close to this season is by liquidating all assets of the ministry in an attempt to satisfy vendors,” it stated on its website.

What can we learn from this debacle?  As parents, we need to scrutinize the ministries in which our children participate.  Sadly, it took way too many years for teens to develop the courage to speak out about a spiritually, mentally, and physically abusive ministry.  How many lost their faith due to Teen Mania's domineering leaders?

Furthermore, it takes courage to speak out about abuse.  We applaud these young ladies for coming forward about the abuse they experienced through Teen Mania International.  We believe their bravery spared many others who would have suffered the same fate.

We wouldn't be surprised to see Ron Luce launch another ministry in the future.  We hope the information provided in this post will be helpful to our readers. We all need to vet the ministries we want to support carefully and protect our youth!