"If you find a church that doesn't seem to be in alignment with TGC, we ask that you'd let us know." 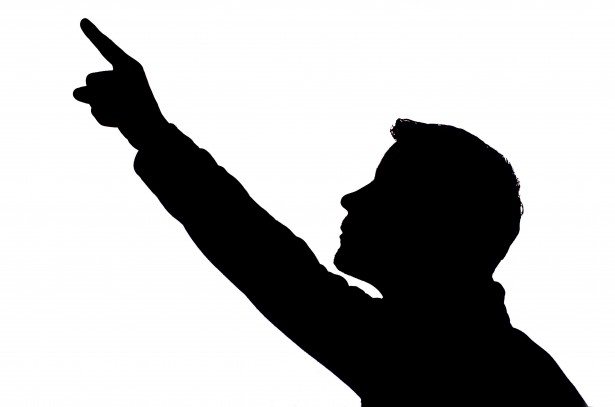 It appears that Big Brother is alive and well over at The Gospel Coalition (TGC).  ​Andrea Froehlich, TGC's Manager of Operations, recently published an edict from on high regarding churches that have chosen to align themselves with The Gospel Coalition. Up to this point churches that agree with TGC's Foundation Documents have been able to add their names to the directory voluntarily.  Now the coalition has added a new rule (see screen shot below).

Not only are congregants in TGC-affiliated churches subject to church discipline, but so are the churches!  TGC is taking it to a whole nutha level…

If you are not familiar with the Foundation Documents of The Gospel Coalition, they consist of a Preamble, a Confessional Statement, and a Theological Vision for Ministry.  And in case you don't know much at all about TGC, here is an overview.

We were surprised to see a couple of the individuals in the video, since they resigned from the Council some time ago.  It's still hard to believe that Mark Driscoll was one of the original members of TGC's Council.  In fact, when we first started learning about The Gospel Coalition back in 2009, Driscoll was one of they key speakers at TGC's first National Conference that was held in Chicago. Wonder if they ever 'disciplined' him…

To give you an idea of how this reporting system works, we searched the directory for churches in our area that are affiliated with The Gospel Coalition.  If you click on the link, you will see *fifteen churches listed on the left with each church having a "Report" button on the right.  (* Editorial Note:  It appears a rather small number of churches in our area are getting the Gospel™ right.)

This Big Brotheresque approach to monitoring churches that self-identify with what The Gospel Coalition stands for has started us wondering…  Who is allowed to file a report?  Does it have to be someone who attends a TGC church?  Perhaps it has to be a pastor of a church listed in TGC's directory…

The reporting process also caused us to wonder whether there are other factors besides not aligning with the foundation documents that might lead to submitting a report. Here are some thoughts that come to mind…

How about churches that have abusive discipline practices?  Remember what happened to Todd Wilhelm at UCCD, which is listed in the TGC directory?

What about churches that do not report a pedophile to the authorities?  Covenant Life Church is on the list.  SGM's Crossway Community Church in Charlotte has also had some issues in this regard.

How about churches that hide convicted pedophiles, failing to reveal their crimes to an unsuspecting congregation?

Does The Gospel Coalition want to know about pastors who have destroyed the fellowship at their churches due to hyper-authoritarianism?

Will this reporting process devolve into churches tattling on each other regarding what some consider to be secondary issues?  (i.e. Baptism)  Remember the controversy between Mark Dever and Ligon Duncan, who affirms paedo-baptism?

What about churches that don't hold to the letter of the law with regard to complementarianism?  Remember how Tim Challies explained that women are not allowed to read scripture in church?  We seem to recall that John Piper's long-time church, Bethlehem Baptist, had a similar policy?  Would a TGC church that allows women to read scripture from the pulpit or heaven forbid pray out loud before the congregation be reported?

How about churches that have charismatic tendencies?  Remember the Strange Fire book and conference?

Just how tolerant will The Gospel Coalition leaders be when it comes to secondary issues in its member churches?

In order to report, does one have to be in a TGC affiliated church or not?  We suspect that some of our TWW readers would relish the opportunity to report on certain churches that self-identify as Gospel™ churches.

As one who attends a Southern Baptist church, I wonder what this reporting process will entail for SBC churches that claim to be autonomous.  Looks like Southern Baptist churches that self-identify as Gospel Coalition churches can no longer make the 'autonomous' claim because they are under the authority of TGC.  And how about the PCA?  They have their own governing structure in place.  Why does The Gospel Coalition feel the need to monitor churches aligned with the Presbyterian Church of America?  And we thought TGC didn't want to become a denomination, as stated in the video by D.A. Carson, one of TGC's co-founders.  Looks like they are on the fast track to doing just that.

For those of you who are outside The Gospel Coalition as well as those who are on the inside, what would you like to report?  Feel free to provide feedback here.

Now that The Gospel Coalition has begun to exert this kind of control over its member churches, I suddenly have a certain song stuck in my head (see below).  The powers that be in TGC are 'watching' churches listed in their directory through the eyes of those whom they have convinced to buy into their reporting scheme.  If ever there was a RED FLAG regarding The Gospel Coalition, THIS IS IT!