"A Colossal Satanic Victory… He (God) permitted a tactical defeat for the gospel." 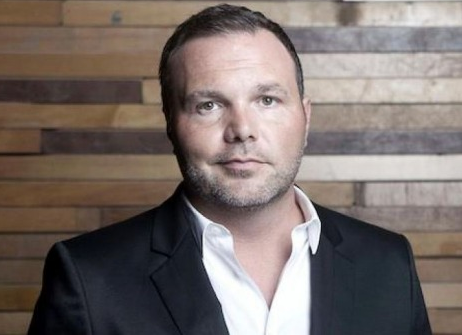 Two years ago Mark Driscoll made a big announcement — that he was planning to launch a church in Phoenix under the Mars Hill 'brand'.  Here is how the news was shared:

Mars Hill Phoenix rose and fell in very short order, closing its doors last September. Around that time Warren Throckmorton reported that some at the defunct church were starting a new work to be called Phoenix Bible Church.  Here is how that announcement was made:

We haven't kept up with this 'new work' in Arizona, but Mark Driscoll and his family finally made their intentions known in a July 27th post on Pastor Mark's website (see screen shot below).  They have relocated to the 'greener' pastures of Phoenix.

Ironically, two weeks before this announcement we published a post entitled Pastor Mark Driscoll – Phoenix Rising?  There had been some speculation about him and his family moving to Phoenix, and finally they have confirmed it.  Looks like Driscoll plans to rebuild his ministry from the ashes in the city named for that miraculous phenonemon.  It will be interesting to see with whom he has this 'new adventure', and we will do our best to keep you informed.

The Gospel Coalition has provided a transcript of the brief conversation between John Piper and Norman Funk.

Here are our initial reactions to this interview.

– The log and the speck analogy at the 3:18 mark DOES NOT WORK when it comes to Mark 'pottymouth' Driscoll.  Piper's initial comment was extremely disappointing.

– John Piper's second point – that God has historically been willing to use people to speak gospel truth who have motives and attitudes that are defective – comes across as a defense of Mark Driscoll's extremely poor behavior.

– Piper's third remark 'don't throw the baby of truth out with the bathwater of sin' is a callous response to what happened on Mark's Hill.  Where is his compassion for those whom Mark Driscoll ran over with the Mars Hill bus?

– Piper describes the failure of Mark Driscoll and Mars Hill a tactical defeat of not only Christianity but of Reformed Theology and Complementarianism.  He mentions these several times.  He goes on to call it a Colossal Satanic Victory.  Then Piper brings up the tactical defeat of Christianity in the Middle East.  This comparison just doesn't work for us.

– Finally, John Piper says to walk away from the organized church due to the failure of Mars Hill is to walk away from Jesus.  This remark alone indicates to us that the Neo-Cal crowd is extremely fearful of losing control of their flock.  And they should be!

If John Piper and other Calvinista leaders had been more serious early on about confronting Mark Driscoll with his sin, then the collapse of Mars Hill Church could possibly have been avoided.  Instead, we have Piper tiptoeing through the tulips with Driscoll.

In the aftermath of the Mars Hill implosion, it appears that John Piper and other Neo-Cal leaders did not confront 'Pastor' Mark Driscoll, as the Bible clearly instructs.  Thoughts?