“The scars from mental cruelty can be as deep and long-lasting as wounds from punches or slaps but are often not as obvious. In fact, even among women who have experienced violence from a partner, half or more report that the man’s emotional abuse is what is causing them the greatest harm.”  Lundy Bancroft, link 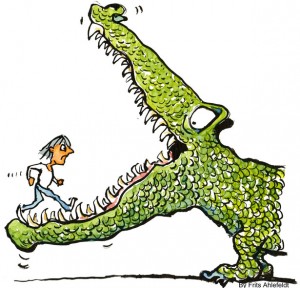 Sometimes I feel like I have entered the Twilight Zone when it comes to church leaders and their response, or is it their lack of response, to abuse by the church. Yesterday, I found myself transported to an alternate universe when I found this Gospel Coalition hyped post from the Leadership Journal, published by Christianity Today. The Loving-Kindness of Covenant Membership was written by Aaron Menikoff who is the pastor of Mount Vernon Baptist Church in Atlanta, Georgia. Also, one of our readers, the always alert DaveAA, called our attention to this post.

Over the last few weeks, we have been covering The Village Church/Matt Chandler's gross mishandling of Karen Hinkley's church discipline and the subsequent public apology.  For those of you who have yet to hear of this situation, start reading here, here and here.

Menikoff, whose church is a member of The Gospel Coalition, admits he was aware of the TVC situation in the following statement.

In light of recent events, many have objected to the practice of church discipline, an integral part of covenant membership that many find uncharitable at best and oppressive at worst.

He goes on to extol the benefits of membership covenants which allow for church discipline. He did not address the frequent mishandling and downright abusive actions by churches that apply these supposedly biblical, disciplinary methods. In fact, while acknowledging the Village Church debacle, he quickly overlooks it and goes on to positively present his take on church discipline. In fact, he calls such discipline *lovingkindness*.

In the following statement and in the rest of the post, he appears to believe that such abuse is infrequent and not worth mentioning, except in passing.

In spite of the risk (and at times, reality) of pastoral misuse and misstep, I believe covenant membership to be a biblical and incredibly useful model for carrying out pastoral care and encouraging church community. To abandon covenant church membership is to lose an opportunity to shepherd souls.

I have made it clear that I believe that church discipline can be effective but should only be applied in situations of gross misconduct. In fact, that is precisely what Paul had in mind in the incest incident in 1 Corinthians 5:1,2 (NIV, Bible Gateway). Incest is pretty over the top in most people's eyes.

It is actually reported that there is sexual immorality among you, and of a kind that even pagans do not tolerate: A man is sleeping with his father’s wife. 2 And you are proud! Shouldn’t you rather have gone into mourning and have put out of your fellowship the man who has been doing this?

Menikoff goes on to to discuss several examples that were supposed to make his case.

The intentional approach to soul-care fostered by covenant membership caused me to delve into Sam’s life, and God used it for good.

I don't think his examples help his case. And, as you will see, even Menikoff admits all but one occurred "prior to membership".

Case 1: Rob wanted to join the church, but he was living with his girlfriend. Menikoff told him that he would have to move out or marry her in order to become a member. Rob ended up marrying her two days later. Case closed.

Case 2: Sam wanted to join the church, but he had no biblical grounds for his previous divorce. He was convicted that his divorce was unbiblical by participating in a Bible study with his pastor. He then reunited with his ex-wife and got remarried.

Case 3: Dave wanted to join the church. He admitted to numerous affairs and was currently living with his girlfriend. He refused to move out, and the church refused his membership.

Not everyone responds the way Rob and Sam did. I’ve encountered more than one person who felt I was unfairly questioning their salvation when I suggested they study the Bible with me or someone else before they join the church.

Finally, he gives one example of an after church membership discipline.

Case 5: Unnamed husband was deemed *didn't know how to lead* which apparently *caused* his wife to flee into the arms of another man. There were children at home. She refused to leave her new paramour so she was voted at of church membership. Assuming Case 5 unnamed husband was not abusing her, I have no problem with this decision. However, I would love to know what the church means by the husband "not knowing how to lead".

Menikoff appears to overlook the seriousness of membership abuse.

I find the timing of this article interesting. Its appearance on The Gospel™ Coalition website is significant. Matt Chandler and TVC have close ties to The Gospel Coalition. Some consider Matt the leader of the younger NeoCalvinist movement in the Southern Baptist Convention.

I think the Matt Chandler/TVC abuse of Karen Hinkley and their subsequent apology has struck fear into the hearts of TGC and authoritarian churches everywhere. They have a problem. Chandler admitted to their failure in caring for Karen. He also admitted that they ignored the serious nature of Jordan Root's problem. Yet, TGC, Acts29 and 9Marks are devoted to the concept of membership covenants, undefined church discipline and the plurality of elders. These all failed in a church that many in this movement see as a leader in church covenants and discipline.

Also, many in TGC, 9Marks (including Mark Dever), and Acts 29 have unwaveringly supported CJ Mahaney and Sovereign Grace Ministries in spite of the national media attention on the number of purported child sex abuse cases in that group. Now, one of their leaders admitted that they screwed up in handling a child sex abuse voyeur. This group does not want to be identified as having a child sex abuse problem like the Catholic church.

So, perhaps they turned to the only option open to them. Obfuscate so the real issues are  overlooked. It is the "nothing to see, move along" approach. It's all going to be OK. We are only going to discipline those people who are carrying on affairs, etc. Right?

What The Gospel Coalition and authoritarian leaders everywhere do not want you to know.

TWW has written story after story of abusive church discipline. Some of those involve member churches of TGC. TGC has posted a plethora of articles dealing with positive aspects of covenants and church discipline (306 to be exact.) They are studiously ignoring the numerous complaints of church abuse masquerading as church discipline.

The TVC story confirmed TWW's concerns about church discipline. In fact, I believe it ties a bow on all of the information that we have been collecting. We will be developing a resource page as soon as possible. The various negative, abusive actions in Hinkley's case have been documented in a number of TWW posts on other churches.

The Gospel Coalition is an ardent supporter of 9Marks (Mark Dever) and their view on church discipline.

9Marks, in our opinion, abusively handled Todd Wilhelm's situation, and the church leaders have yet to apologize. (They really should do so.) You can read his story at My My Dubai: 9 Marks Plays Hardball.

Todd was a member of the 9Marks UCCD which is John Folmar's church in Dubai. John is a BFF of Mark Dever and parrots his views on discipline. Todd is an American working in Dubai. He is a former member of an SGM church and a staunch supporter of those abused in the SGM system. Todd was coming up for deacon and was told he would oversee the church's bookstore. He realized that the store had a plethora of CJ Mahaney books. (Can you imagined?!!!  Mark Dever is a BFF of Mahaney.)

Todd asked the church to remove Mahaney's books but they refused. So, Todd, acting on his conscience, decided to resign from the church. Although visiting another church, he refused to tell UCCD where he was attending, stating that his rights of conscience should have been enough to accept his resignation. Folmar refused and placed Todd on the *care list* which is his church's way of saying you are headed for discipline!

In order to understand what this all means, read the posts we have written on 9Marks views of church membership. Here are two – link and link. You will quickly learn that they believe they have authority over members in a number of ways since they hold the *keys* to the kingdom of heaven. This apparently means they can discipline their members for anything they darn well please. This teaching by 9Marks is permeating many churches today.

Here are some examples of reasons for discipline that we have written about:

Why TWW does not support membership covenants at this time.

We believe that this article by Menikoff did not address the real issues of church abuse and merely parroted  "Everything is OK. Don't worry." In many cases church discipline is unloving, mean, abusive and poorly applied. Sign these documents at your own peril.

And now, here is a new product for church leaders who want to track whether their members are attending enough meetings. Introducing Churchix. No more pretending you were in church since you can easily hide in a church with 6,000 members and 5 weekend services. What a tool to increase the number of people that a church can now *lovingly* discipline!

Churchix is a face recognition event attendance desktop application. Churchix identifies event attending members in videos and photos. All you need to do is enrol high quality photos of your members into the software data base, then connect a live video USB camera or upload recorded videos or photos – and Churchix will identify your members!

Churchix is designed for Church administrators and event managers who want to save
the pain of manually tracking their members attendance to their events.

First of its kind, Churchix provides you with accurate data on members attendance in your events and services.