“Though much in this report will understandably cause readers to grieve, GRACE is encouraged by the willingness of Bob Jones University to take the unprecedented step to voluntarily request this independent investigation and to make these difficult findings public," stated GRACE executive director Boz Tchividjian. "Such institutional transparency is too rare and will hopefully set a positive precedent for Christendom and the watching world." 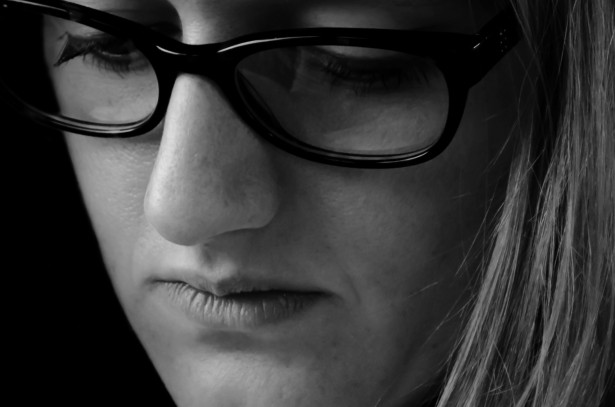 The release of GRACE's FINAL REPORT: FOR THE INVESTIGATORY REVIEW OF SEXUAL ABUSE DISCLOSURES AND INSTITUTIONAL RESPONSES AT BOB JONES UNIVERSITY, which we discussed in a previous post, has prompted considerable media coverage since the report's release on December 11, 2014.  Here is how a local news station covered the story a few days ago.

The Christian media as well as secular news outlets have begun to weigh in on this 300 page report.  For example, The Washington Post featured an article entitled Bob Jones University apologizes to victims of sexual assault. In it was a stunning quote from a video apology by the current BJU president, Steve Pettit, (see below).

“I would like to sincerely and humbly apologize to those who felt they did not receive from us genuine love, compassion, understanding and support after suffering sexual abuse or assault,” Pettit said, according to a statement on the school’s Web site. “To them I would say—we have carefully listened to your voice. We take your testimony in this report to our hearts. We intend to thoroughly review every aspect and concern outlined in the investigation and respond appropriately.”

According to a Gleanings post (Christianity Today), the report should have been released back in March, but the firing and subsequent re-hiring of GRACE delayed the process. The Gleanings article included the following statement found in the Final Report:

Regarding past president Robert Jones III, who left the presidency in 2005 and currently serves as chancellor, the GRACE report states, “As president of BJU during much of the time that was the subject of this investigation, Dr. Jones, III is ultimately responsible for many of the difficult findings of this investigation. [He] has also repeatedly demonstrated a significant lack of understanding regarding the many painful dynamics associated with sex abuse.”

In November 2012, BJU’s board of trustees asked Grace to investigate the school in response to complaints about the its policies and procedures for handling abuse claims made by people abused while attending the school or earlier. It terminated the contract in late January, then reinstated it in late February. The investigation concluded in June, and Grace noted that it was an important step in improving how the school responds to sex abuse.

The report was created by a team of Grace investigators, including mental health professionals with expertise in child abuse, child abuse prosecutors, and clergy members. The investigators created an online survey, then conducted 116 interviews, approximately half of which were with people who self-identified as victims of sexual abuse. The others interviewed were staff members, pastors, counselors, former students, and other people who have dealt with sex abuse claims made by students.

As you might imagine, The Daily Beast just published an article with an interesting title – Church Sex Scandals Are Rooted in Theology.  And actually, who can blame them for being so matter-of-fact about the hypocrisy they have observed in the Christian corners of society.  Just take a look at the opening sentence:

At this point, there are so many sex scandals among conservative religious organizations, we’re no longer surprised by any of them. The latest revelation—that for decades, the evangelical Bob Jones University blamed victims of sexual assault and discouraged the prosecution of predators—should be shocking, but probably isn’t.

Such honest criticism is well-deserved.  But the article goes on to expose those beyond tha walls of BJU by stating:

Of the 166 respondents to the BJU survey who reported sexual abuse, about half of the abuse took place before they came to the university…

Not only that, the report by GRACE revealed the following, as stated in The Daily Beast article:

The university’s responses, though, were depressingly familiar. Only 7.6 percent of victims were encouraged by BJU staff to report their abuse to the police. Forty-seven percent were actively told not to do so and 55 percent said the university’s attitude toward abuse reports was “blaming and disparaging.” Women were invited to confess what they had done to entice the abuser—the wearing of revealing clothing, for example. And if their bodies “responded favorably,” then they, too, had sinned.

The piece goes on to state:

Of course, a sexually repressive Christian university blamed immodest women for “enticing” rapists. That is what conservative organizations, religious and secular, have done for centuries.

No doubt many loyal readers would agree with the article's contention that the 'deep roots of rape culture … may not be so easily uprooted'.

Regarding the 'deep roots' of sexual abuse, this may prove to be a crucial time for BJU because a South Carolina solicitor has launched an investigation into how the university handled the reporting of sexual abuse in order to 'determine if state law was broken or if there was obstruction of justice'.  According to a recent article – Solicitor to look into Bob Jones University:

The Greenville News reports Solicitor Walt Wilkins also hopes anyone who wants to prosecute abuse will contact his office.

Wilkins’ investigation stems from a report issued Thursday by a Lynchburg, Virginia, group that works with churches and other Christian organizations on the proper ways to prevent abuse and how to work with victims. According to GRACE, the teachings of the university as well as counseling served to re-victimize students.

As the Final Report by GRACE states:

At this moment in history, Bob Jones University has been given an exceptional opportunity to be a voice of hope, compassion, and love that many victims of sexual abuse so desperately need(ed) and desire(d) during their time on campus. If Bob Jones University responds to these expressions of pain and loss with repentance and genuine commitment for substantive change, it will begin to comfort the afflicted while reflecting a love for the One who is able to heal and transform individuals and institutions.

We will be watching to see how BJU responds to Solicitor Wilkins' investigation, and we predict that many other Christian organizations will be monitoring the situation very closely…