"When I lost my rifle, the Army charged me 85 dollars. That is why in the Navy the Captain goes down with the ship."- Dick Gregory link 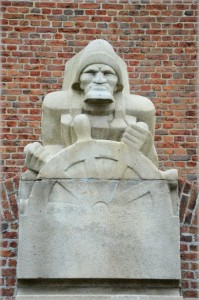 Carl Truman recently wrote a post on celebrity pastors. Trueman recounts the problems of plagiarism (Driscoll) and the Elephant Room in his assessment and says the following:

It is not enough to say 'That person is no longer one of us' when you helped to create a culture in which accountability is not transparent and where your public silence encouraged the big names to think they could do what they wanted and not be held publicly to account.  That is where today's problems started.

However, Carl Trueman assisted a ministry in continuing to dodge serious problems. Perhaps he is referring to his own role in exonerating CJ Mahaney as he says the following?

We who are associated with the so-called reformed evangelical movement, whether because we want to be or because others just make the connection, now look as corrupt and worldly as the despicable televangelists of a previous generation.

Carl Trueman, Dave Harvey and the Exoneration of CJ Mahaney

Take a look at this post from Sovereign Grace Ministries. It is written by Dave Harvey and is signed by Carl Trueman, Kevin De Young and Ray Ortlund JR. To my knowledge, none of these men have backed away from this position.

We are aware that numerous other instances of sin have been alleged against C.J. Mahaney. We have not been asked to look at the evidence for these but would comment that it is highly unusual for a pastor to step aside prior to the institution and completion of a proper church judicial process. To reiterate: nothing to which he has confessed would appear to us to require his stepping aside in advance of such a process.

While we affirm that C.J. Mahaney has not disqualified himself from ministry, we also encourage Sovereign Grace Ministries to address the broader issues to which we alluded at the start as a means of avoiding the current kind of situation in the future.

It is my opinion that Carl Trueman's participation in this ill advised *panel* contributed to the very thing he mentions above, celebrity pastors. CJ Mahaney,  a certified gospel™ celebrity leader, was placed into the protected category of "He Whose Name Must Not Be Ill-Spoken." There are quite a few of these types out there and they all have their acolytes. So, according to Trueman, are people like CJ Mahaney NOT really celebrity pastors because he is *against* celebrity pastors and he supported Mahaney? That makes this observer confused.

We who are associated with the so-called reformed evangelical movement, whether because we want to be or because others just make the connection, now look as corrupt and worldly as the despicable televangelists of a previous generation.

Is it any wonder that some leaders think they can reinvent themselves without dealing with their underlying issues? Is it because they have celebrity apologists covering for them?

This happens in the "we are not really celebrity pastors, you just think we are" world all the time. Dave Harvey was, for years, allegedly one of the chief architects of all things SGM and head cheerleader and defender of CJ Mahaney. There is no sense in rehashing all of that but you can read about it here and here. He finally stepped down in March of 2013, alleging family and other ill defined problems. He left SGM in turmoil, with a pending lawsuit and a number of churches deserting the once vaunted network.

After a lightening resolution of all those ill-defined problems which made him step down from SGM, he became a preaching pastor at an Evangelical Free Church in Florida.

Dave Harvey is preaching pastor at Four Oaks Community Church in Tallahassee, Florida. He is president of Am I Called? Ministries, which exists to help men find their ministry call and to help the church find called men.

Harvey now advises other pastors on how to be good pastors! Cue theme song from the X Files.

Harvey apparently believes that he is now in a position to give other pastors advice on how to be a good pastor since he successfully vaulted out of the SGM mess, with nary a peep of apology or mea culpa offered. That is impressive. The question is this. Why in the world would anyone listen to Harvey if the SGM mess is an indication of his long term pastoral skills?

Harvey has a blog called Am I Called? So who wants to answer that question? He is experienced in implosions and knew what Mark Driscoll needed in August. Read carefully. Isn't this the opinion of a man who may be very familiar with these *pastoral techniques.* But, its the blogs which give him concern while Driscoll needs our prayers. Too funny!

…But I do know something about being under criticism and having blogs light up around one’s name.

…pray that God guides your conscience, even as He brings your writing gift under the care of a wise pastor.

…I have a feeling that for most of us, the answer may be to just mind our own business.

Dave Harvey then offers advice for the celebrity pastor problem. Am I the only one who feels like I have entered The Twilight Zone?

From THE CELEBRITY PASTOR PROBLEM: FROM MARS HILL TO ME​

1. The popularity of his fan celebrity apologists is excused.

He claims popularity is different than celebrity. I shall show you why he might feel compelled to say this in a minute.

I hope the folks in our church listen to certain popular pastors like Keller, or DeYoung, or Chandler, or Piper. Especially Piper. Popular spells available, so I’m glad they’re popular.

2. He studiously ignores the CJ Mahaney/SGM celebrity culture which he helped to perpetuate and points to Mark Driscoll. Awesome deflection!

The latest round of discussion on celebrity pastors, or, for brevity ‘CP’s’, is coming compliments of Mark Driscoll and the maladies of Mars Hill

3. He then defines the 4 characteristics of the type of people who become celebrity pastors.

This eerily evokes another celebrity that Harvey knows all too well. See if you spot it.

When the impulse for distinction becomes a love of distinction, a celebrity is conceived. And few people are more dangerous than a fame-stalking pastor. I know, because I’ve seen that enemy within my own soul. To me, this proves that even modestly gifted men can be seduced by the love of distinction.

CP’s often have relational networks or small groups that create the illusion of accountability, with little actual accountability. They group with an entourage of friends or family who are enamored with the pastor’s gifts, fruit, or leadership instincts. But an enamored entourage easily become enablers – people who have something stroked in them by cutting the CP slack.

To a celebrity swollen with self, hard questions feel like a personal attack; and to the sad soul bold enough to pose them, it’s a quick way to get benched in ministry.

When a leader opens his home, what happens is far more than a simple meal, dessert, or whatever. He invites people into a context where he is (a) Not special, (b) Giving others a deeper look into his marriage and family, and (c) Serving by hosting.

… But I also noticed in working with leaders that when the home becomes a bunker rather than a place for ministry, everybody loses – the wife, the kids, the church, and them. For the celebrity, the solitude gained protects him, but it often comes at the expense of his credibility.

But only good leaders keep leaders. When a strong leader has a revolving door for guys under him, it typically means he doesn’t play well in private.

Is this post a confession by Harvey or merely cognitive dissonance? Its implications are rather stunning to this long time observer.

The Promoters of the Celebrity Pastors of SGM

Recently, there has been discussion that the reason that Mars Hill continues to survive is due to the people who give money, no matter what. Well, there is also a group of people who support CJ Mahaney, Dave Harvey and all things SGM, no matter what.

There is a reason that Harvey says to follow John Piper *in particular.* Desiring God,  John Piper's website, has a page dedicated to articles written and talks given by Dave Harvey well as C J Mahaney. John Piper has spoken at CJ Mahaney's church and so have a number of other TGC leaders.

Arguably, no one group has shown more support for all things SGM than The Gospel™ Coalition. They not only published a letter in support of Mahaney but they recently published Dave Harvey's head scratching post.

They continue to push CJ Mahaney, even pumping his books in the 9 Marks church in Dubai. Dever let CJ Mahaney, who exhibited one of the most cowardly acts in current day church history, hide under Dever's skirts when Mahaney was in trouble at SGM. 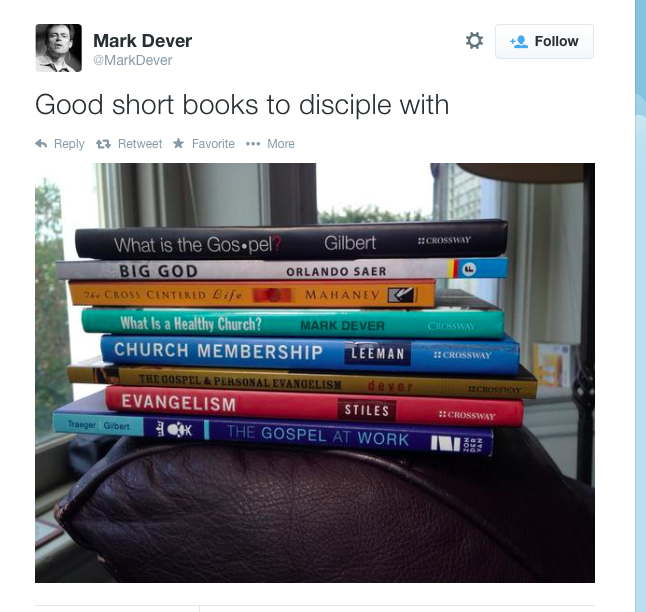 An Open Letter to Members of Sovereign Grace Churches 10/9/14 by Mark Prater regarding the lawsuit.

Please note that Grant Layman's name is not mentioned in this letter. Please read the entire letter for context.

On September 22, Maryland’s highest appellate court denied the plaintiffs’ request for the court to review the lower appellate court’s dismissal of the civil lawsuit that was brought against Sovereign Grace in October 2012. The dismissal of this case is a significant moment for everyone involved, and may be the subject of much conversation in and beyond our churches.

Second, there is my response as Executive Director for Sovereign Grace. The specific allegations made against Sovereign Grace in this suit were those of conspiracy claiming that we covered up abuse. Let me be clear that we deny—in the strongest terms possible—that any Sovereign Grace leaders conspired to cover up abuse as alleged in this lawsuit. There were allegations made in the civil suit against current pastors of Sovereign Grace churches, namely John Loftness, Gary Ricucci, and C.J. Mahaney. I want to be clear regarding these men: We believe these allegations are not true. I along with the entire Leadership Team continue to fully commend the character of these men and their ministry to the body of Christ. In addition, the elders in their local churches continue to commend their character and ongoing service as pastors.

I leave you with these questions for the weekend.

Lydia's Corner: We will begin our new Bible reading program next week.