"Honesty is the first chapter of the book of wisdom." 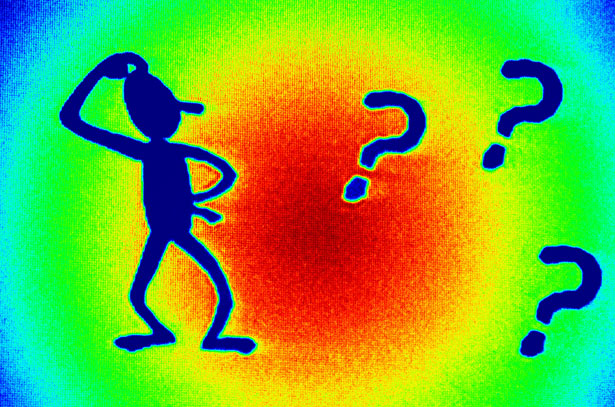 Dee and I are wrapping up a wonderful three-day visit to the Washington, D.C. area where we have spent time with some incredible people whom we have met through the internet.  These gatherings are so much fun that one of our blogging buddies came all the way from Dubai to participate.  If anyone ever attempts to convince you that meaningful relationships cannot be established through the blogosphere, we have proven this to be a Snopes worthy myth.

On a more somber note, we are aware of the latest controversy surrounding the release of comments made by Mark Driscoll in 2000 as well as the tragic suicide of Ergun Caner's son.  We will begin to address these matters when we return.

Have you ever questioned whether a story, statistic, or tidbit your pastor (or other speaker) is sharing is the 'gospel truth'?  As an example, you have no doubt heard the following illustration.  A frog is placed in pot of water at room temperature.  As the water is gradually brought to a boil, the frog will make no attempt to escape…  Often, pastors use this as an illustration of the slippery slope that can lead to serious sin.

If you have always believed the frog in a pot story to be factual, we are terribly sorry to disappoint.  As plausible it sounds, Snopes and other sources confirm that it is indeed a myth.  In an effort to keep track of fabrications, we have established a corner on our blog called Dave's Pulpit Myths and Forgeries, which will allow you to share false information in a comment.  You can find it at the top of the blog under the heading "Interesting".  It's just one more valuable service we provide here at The Wartburg Watch. 🙂

Recently, Bob Smietana addressed this issue in a post titled You might want to fact-check your pastor's sermon. The subtitle states:  "Preachers love to drop statistics and historical tidbits into their sermons. Too bad so many of their facts are untrue."

Here is what we believe to be the crux of his article:

During the sermon, I stopped listening to the pastor and instead turned my eyes on my cell phone. Something about the story just didn’t sit right — it was too good to be true. So whatever spiritual lesson I was supposed to learn in the sermon was soon overshadowed by the wisdom of a Google search.

Things get even worse when a pastor starts quoting statistics.

I’ve heard most of these in church or seen them in the pages of Christian publications. You may have heard a few of them, too:

None of these statistics is true.

People who go to church have lower divorce rates, churches in the U.S. aren’t dying out, 80 percent of young people who read the Bible or go to church aren’t shacking up, and Facebook isn’t ruining a third of U.S. marriages.

And that stat about Christians who think youth groups are bad for teenagers comes from an online, unscientific survey by a Christian nonprofit that believes youth groups are unbiblical. So they created a survey that produced some statistics to prove their point.

We are ALL prone to accept stated thoughts as fact, especially if we like, admire, or trust the individual who is speaking.

Unfortunately, myths told in the pulpit can escalate from harmless stories to spiritual abuse.  We want to remind our readers (as we remind ourselves) that we need to be fact checkers.  In other words, Caveat Emptor.

Some years ago one of our blogging buddies wrote a post that provides a much needed message to all of us.  It definitely bears repeating, and we are including it below.

A Favorite Story About The Need to Think for Yourself

I am digressing a bit in this post to share a favorite story that I read not too long ago. It is about the need to think for yourself despite what a leader or someone in authority might tell you is true. It can apply to a number of things including courtship and dating but more importantly other spiritual areas.

Charles II once stood before a group of scholars at meeting of the Royal Society of England and proposed this question to the august assembly: “Gentlemen, if I place upon these scales a pail of water weighing 10 pounds, and place in the water five live fish each weighing one pound, why is it that the scales still remain precisely at 10 pounds?”

Well the wise men belatedly debated the matter trying to solve the king’s question. One suggested that the fish have air sacs which buoy them up. Perhaps this was the answer. Another muttered something about a “theoretical vacuum.” Others propounded theories of “ungravitating gravitation.”

Finally the king’s voice silenced their discussion: “Gentleman you are all mistaken. When one places five one-pound fish in a pail of water weighing ten pounds, the scales must certainly read fifteen pounds. Your failure to answer my question discloses that you place too much confidence in me, your king.”

All too often we accept statement without asking the right questions. Millions accept what someone has told them – without personally analyzing the facts for themselves. And this is probably more true in the realm of religion than anywhere else.

From: “Reach Out for Life” by E. Lonnie Melaschenko Chapter 3

How many of us and how many times do we hear something taught and strive to believe it is true just because someone in a position of authority or who is well respected indicates it is true? Are we doing this even if warning signals in our mind and heart go up questioning what was said? Why do we sometimes put so much faith in what some “respected” leaders tell us without at least questioning it?

Do we sometimes look to explain why the scale would still read 10 pounds when we know that there is no probable way it could? What teaching have you been “taught” that you may be doing something similar on?

Perhaps we should label myths proclaimed from on high as "truthiness".  Here is Stephen Colbert explaining the meaning of that interesting term.

Todd Wilhelm@ThouArtTheMan
To be clear, 4 months after Valdez registered as a sex offender in TX, and was sentenced to 20 years probation (2 X 10 run concurrently) Thomas White allowed him to enroll at SWBTS!
@reachjulieroys @JulieLMoore18 @wartwatch @BrentDetwiler @mmmirele https://t.co/YmzmH8IaE3
5
35