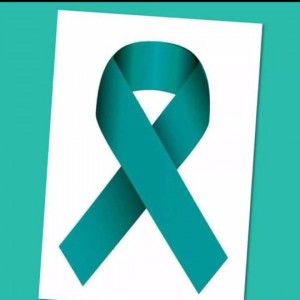 Miss Amy and Miss Dee don't know your name. However, you (and your family) have been so very brave, just like the shepherd David who bravely fought a giant named Goliath and won! So, because you were just as brave as David, we have decided to call you by his name.

We want you to know that you and your family are not alone in this battle. None of this is your fault. You are not to blame now and will never be to blame for any of this bad stuff that has happened. Although it is just the two us writing this letter, there are many, many people throughout the world who have heard about your bravery. You have become a super hero in their eyes.

Your abuser was convicted of "super aggravated sexual assault" against you. Those are really big words that mean he hurt you very badly and that the adults know that he needed to be seriously punished. His actions brought you and your family much pain.

Even though you were scared, you told your family, the police and the people in the court what had happened to you. You did such a good job in telling them what happened that all of the grownups in the jury believed you! You did the right thing even though it was hard. In fact you are a super hero. You are as brave as Spiderman and Batman and that is awesome! People all over the world are so proud of you.

Your abuser did things to you that no normal adult would ever do to a kid. He was wrong. In fact, he was so wrong that he will be in prison for 25 years. That means he will probably be older than your parents when he gets out of jail. Even then, as an older man, he will still be watched by the police and the people in his community for the rest of his life. He will never be trusted again. And that is very good because it will prevent other kids from being hurt by him. This all happened because you were brave and told your story. You are a super hero.

You will never forget what has happened to you. It is OK to feel scared or sad. Never be afraid to tell your family or other grownups if you feel that way. Those are normal feelings and those who love you can help you during those times. In fact, it is super hero brave to tell them that you are sad or scared but you already know that because you have done it.

And guess what? Someday, when you are a little bigger, you may be able to help other kids who have been hurt in the same way because that is what super heroes do.

We understand that some teenagers do not believe that a popular football player could do such a thing to a kid. But you are smarter than them. You know that people who look cool on the outside can be rotten on the inside. We think that they will change their minds as they grow up and learn more about bad people who hurt kids.

Remember this always. Miss Amy and Miss Dee think you are the most awesome super hero that we have ever heard about. We are so proud of you and so are many other people. We hope that your family and you will hear of this letter and know that we care about you. We believe you and are available to your family if we can ever be of help.

Amy Smith
Mom and SNAP leader in Dallas/Fort Worth
http://www.watchkeep.blogspot.com/