I'm a shepherd, not a sheep, and I've always prided myself on being a leader and not a follower. Dustin Diamond link 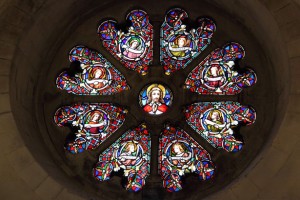 We live in a hurried world and constantly search for time savers. Today, TWW presents a time saver for pastoral search committees all over the world. We know how much time and effort goes into reading resumes of pastoral candidates. This is followed by phone conversations and visits to the candidate's current church. Then there is the candidate  visit in which people quiz him in order to figure out if he is a good fit. The process can take months. Here is one way to save time in that exhaustive search if you have a candidate who is a recent graduate of SBTS.

This week, Al Mohler announced big changes in faculty retention at Southern Baptist Theological Seminary, the flagship seminary of the SBC. Some might view the changes in a negative light. However, time saving experts should hail the changes. Al Mohler has clarified, front and center, the carefully honed belief structure of the seminary and the internalized gospel © playbook will be part and parcel of the graduates of this seminary.

In a post written for Southern News (a publication of SBTS so they should have gotten this right) Southern Seminary Trustees Update Faculty Hiring Policies, ‘Unify’ Faculty, we are told what is in the future of SBTS.

For the sake of brevity, I will focus on a few items. We urge you to read the full article.

There is no question that tenured academic jobs are declining throughout the United States. This tracks with the declining dollars budgeted by states to their academic institutions as well as declining donations to private universities.  However, we believe that this development at SBTS is fueled more by concerns for doctrinal purity than fiscal responsibility.

In the above article we learn that SBTS is not "suffering" financially at this point.

What to expect from a graduate of SBTS.

1. Students will be trained to regurgitate exacting cultural and doctrinal standards with little to no secondary latitude.

Faculty will need to toe the line of Al Mohler who has been in charge for two decades. If not, they will find themselves in the unemployment line. This means any professor who begins to nuance their position on issues such as gender roles, Calvinism, etc. will find themselves on the short end of a pink slip. Academic jobs are in short supply these days and few are willing to stand up for secondary issues if their salary is on the line.

Therefore, all congregations who are looking for pastors who adhere to rigid 5 point Calvinism (with an occasional 4 pointer), along with a belief in authoritarian leadership, look no further. You have found yourself a living, breathing reflection of the "unanimous" views of SBTS. President Mohler claims that you can be a 3 pointer and be a Calvinist but we put our money on a bet that young graduates will be far more likely to espouse all five "solas."

2. Expect a lukewarm, wishy washy response to issues like child sex abuse in your church from graduates of SBTS

TWW did an interesting post on Philip Gunn, the new chairman of the board of trustees at SBTS titled: Phillip Gunn, SBTS, Al Mohler: Legal Right=Moral Right?  In this post you can read Al Mohler's statement on child sex abuse in the church. On the surface, it sounds right on.

However, it looks a bit different in practice. From that post:

On 12/11, our good friend, Tom Rich, FBC Jax Watchdog wrote  Seminary Trustee, Lawyer, Tells Church Leaders to Not Speak to Police About Meetings They Had With Molester link.

As further evidence of the institutional problems within the Southern Baptist Convention when it comes to reporting child abusers, we look at the latest article by Bob Allen at the Associated Baptist Press in the John Langworthy case.

Attorney Philip Gunn, who is also a trustee of Southern Baptist Theological Seminary in Louisville and a Republican state legislator, is advising the elders of Morris Heights Baptist Church to NOT discuss with police investigators details of their internal investigation into accused child molester John Langworthy (Langworthy served there as minister of music-ed note)

Yes, you heard right. Gunn is claiming some sort of "priest-penitent" privilege that binds the church leaders to secrecy regarding THEIR discussions with Langworthy.

What does his pastor at Morrison Heights Baptist church say about him?

Yes, that’s right. Gunn is a member, and leader, in the church which he thinks he is protecting.

"The Mississippi House of Representatives has elected a true Christian statesman to its highest position," Morrison Heights senior pastor Greg Belser said. "I know of no finer man in politics anywhere. Philip Gunn is a man of unquestioned character and a deep love for Christ and the church while balancing the enormous demands of family and community service. He is the real deal.

We would encourage our readers to look at the entire article. In it you will read that Philip Gunn allegedly contacted Amy Smith who was involved in outing Langworthy, along with Sherry Lefils, a former Dallas probation officer, allegedly asking what it would take to make this "go away. I am sure that Attorney Gunn believed that he was doing what was right in the eyes of the letter of the law but I wonder how Jesus would have handled things.

3. You might have a pastor who has been exquisitely trained in the doctrine of The Eternal Subordination of the Son. This means that said adherent believes that women will be subordinate to men in eternity.

This position is held by a number ofthe above  appointees and those promoted such as Bruce Ware, Denny Burk, and Owen Strachan (who is also the head of the Council of Biblical Manhood and Womanhood and Bruce Ware's son-in-law.) Wade Burleson has an excellent post on this subject.

4. You might have a pastor who believes that patriarchy is a better term than complementarianism.

Russell Moore is a major SBTS insider. According to Wikipedia:

TWW has written a number of posts on the never ending stream of conferences geared to the crowd that would be characterized by the SBTS culture. T4G 2014 just ended. In one church, a pastor showed off his T4G bracelet, quite proudly. For him, and many others, attending such conferences means they have arrived. And the conferences never end. Here is a new one on homosexuality, marriage and the church being plugged by Russell Moore.

6. You might have a pastor that is a culture warrior as modeled by Al Mohler himself.

Christianity Today did a cover story on Al Mohler and Kevin DeYoung wrote an angry rebuttal which kind of makes my point..

I could talk about how the two sides that jockeyed for power in the SBC get termed “conservatives” and “moderates.” Mohler’s take on things is “pugnacious;” he’s an “inerrantist,” “doggedly fundamentalist,” and a “culture warrior.” Those opposite Mohler come across more reasoned, more balanced. The only time “liberal” appears is to describe the old Southern faculty that ran afoul of “fire-breathing trustees.”

I could go on and on. We have the never ending cycle of never read books being written by all of the wannabes and pushed by  other wannabes.There are other pastors who claim that their real job is to preach the sermon and not make hospital visits and perform marriages.

So, if you want a hard core Calvinist who is a culture warrior, who will only allow men in leadership, has a high view of the authority of the pastor and a diminished view on the priesthood of the believer, while having s a subdued view of child sex abuse, look not further than an SBTS grads.

On the other hand, if you want someone different and an SBTS grad applies, ask them to discuss the following:

Describe, in detail, where you disagree with the cultural and doctrinal teachings/leanings of SBTS and Al Mohler.

Do not give them any clues to what you are referring. Keep a straight face. The answers should be give you lots to discuss at the next search committee meeting.