“If you run from enemy fire, I'll make you wash dishes for the rest of your life!” -Naoki Urasawa, 20th Century Boys, 19 link 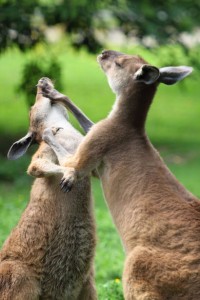 When we began this blog, we made a decision to keep emails confidential. But what happens when we receive an email which appears to be threatening bodily harm? Do we keep that confidential? Many professions have confidentiality policies. However, is it considered ethical to breach confidentiality when a threat is made to harm another. For example

Most people are aware that confidentiality can be broken if the client is believed to be a danger to him or herself or someone else.  A psychologist or other mental health professional may be required to break confidentiality in order to protect the client or the person that they are threatening to harm.

Years ago, when we first did a few posts on Mark Driscoll, we received an over the top email from someone who claimed to be affiliated with Mars Hill, which called us filthy and disgusting names. We had no way of proving that and, realizing anyone can claim anything on the internet, we let the email lapse into internet oblivion. That continued to be our policy through the years.

However, we have received two emails and a phone call which could be interpreted, by reasonable people, as being a threat to harm us. We blew off another "we are going to get lawyers involved" email since we knew that we had merely cut and pasted comments from publicly available blogs. In our posts, we reported, as accurately as possible ,our conversations with various entities such as Dana Farber Cancer Institute.

Bene D, a reader and blogger, quoted the relevant information in terms of reporting a crime. We are planning on taking Bene D's advice.

“Therefore, according to 18 U.S.C. § 875(c) sending e-mails with words threatening injury is a federal crime and can be easily proven by showing that it was sent to a person in other state, showing the e-mail, and the wording the e-mail contains. Thus, individuals prompt to explosive reactions should be cautions when wording their e-mail messages. A simple ‘mistake’ in wording e-mails threatening its recipient with an injury, even if not intended, may typify a federal crime with a harsh imprisonment sentence.”

Threatening across state lines is a federal crime in your country.
You can print out the emails with full headers, go to police and file a report.

We realize that there are some out there who might question our truthfulness in this matter so we have decided to publish two of the emails. There are more emails out there but we are presently not able to discuss them for reasons of privacy. (It'll make sense if we can tell you about it later.)

When we decided to do our posts on Mark Driscoll and John Catanzaro, we were warned by another writer on the internet that there could be trouble. Said person refused to speak further on the matter. We are guessing that we have found out exactly what happens to people who look for truth within certain segments of the postevangelical wilderness as the late Michael Spencer called it.

I am going to spam the s*** out of your email!
You stupid b****, telling half truths

Dee's husband, wanting to calm her down and make her laugh, said a perfect rejoinder would have been "I am not stupid." (See if you get it). Now, this becomes alarming, especially viewed in light of the next email.

From: Steve Carlson   crazymansteve@xxxxxxx.com (we are hiding one part of the email)   (Update :2/7)
Subject: Intruding into others lives may come back to get you
To: dee@thewartburgwatch.com

I recently learned that you have been harrassing (sic) some friends of mine in your online blog. While they are the sweetest people in the whole world, I am not.

Actually, I am a very angry and unstable individual who cares alot about friends, but not much for myself. As it turns out, I live in Raleigh, North Carolina… where do you live?

I know EXACTLY where that is… and I would LOVE to find out exactly who is harrassing (sic) my friends. I think I may just do that VERY soon.

We believe this to be a direct, imminent threat and we will be reporting this to the authorities.

The question remains. Who is responsible for this?

We believe that Mark Driscoll continues to have a moral obligation to announce to his followers why John Catanzaro's posts have been scrubbed from the Resurgence website. We think the key may lie there. If anything happens to either of us, please make sure that everyone sees this post.

We want to thank our friends for their kind and supportive words.