"When two followers of Jesus Christ are married, it is important to remember that Scripture clearly teaches submission is never the wife's responsibility to the exclusion of the husband's, nor is love the responsibility of the husband's to the exclusion of the wife's. A Spirit-filled, Christ-honoring, God-glorifying marriage is one of mutual submission and love." 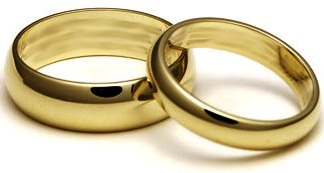 A Pair of Rings

A week ago my husband and I traveled to Nashville, Tennessee to do some sight-seeing and to meet with Wade and Rachelle Burleson.  Rachelle is working on her Doctorate in Nursing Practice at Vanderbilt University, which she will complete later this year.  As Wade explained to his congregation the Sunday before, he was 'Driving Miss Daisy' and doing all that he can to help her achieve her personal goals.

We had some wonderful conversations with the Burlesons over dinner both Sunday and Monday, and we also became acquainted with a sharp young lady who lives in the area.  One of our dear readers who works in Nashville and is a friend of Wade and Rachelle made lunch reservations for all of us, and we had a terrific time discussing some pressing topics here at TWW, as well as other interesting faith issues.

When Dee and I began blogging almost five years ago, I never envisioned traveling over five hundred miles to meet with friends whom I have gotten to know through the internet.  These are interesting times indeed!

One of the purposes for the trip was to begin collaborating on a writing project having to do with 'gifting' versus 'gender roles'.  So much has been written with regard to complementarianism, and even though the term was coined over 25 years ago, many are still puzzled as to what it means and how it plays out in real life.

Two years ago complementarianism was discussed by a panel at the Together for the Gospel conference, consisting of John Piper, Russell Moore, and Greg Gilbert.  The question before the panel was: Is complementarianism essential or expendable?  The highlights of that panel discussion in my estimation were as follows:

Russell Moore stated that we have marriages that are functionally egalitarian.

Greg Gilbert said that functional egalitarianism among the young people that he counsels is just all over the place so you have men who think that being a complementarian really has no feet on it.

John Piper explained:  "I don't think you have to be a complementarian to be saved."

Well, thank goodness for that — you don't have to be a complementarian to be saved.  My take away from the 30 minute panel discussion was that those who hold to the complementarian approach to marriage are using it to fight the culture war.   I believe they are taking Scripture beyond where Almighty God would have it to go.

Then we have Kirk Cameron's sister, Candace Cameron Bure, pushing the complementarian view of gender roles.  I first saw Bure's endorsement on Facebook, then in the national news.  She seemed to be everywhere!  Of course, she got some pushback, as Denny Burk explained in a recent post entitled Egalitarianism and the Functional authority of scripture.  Burk concluded with this warning:

We are not playing games here. The hermeneutics of egalitarianism are serious error and are harmful.

To Burk's credit, he has allowed comments, which are approaching 250 at this writing.

These are just a few examples that demonstrate the debate between complementarianism and egalitarian is far from over.  In fact, the dispute appears to be escalating.  As stated previously, I am deeply concerned that complementarianism appears to be a tool in the hands of some Christians who are waging war against the culture (be sure to listen to the T4G panel discussion linked above).

As the mother of two daughters who are now adults, I am concerned about how the younger generation is being influenced to embrace gender roles.  Young Christian men are being taught to be the head of their wives because they claim it is biblical, and I fear that this overemphasis will cause a terrible strain on marriages in the long run.

When my husband and I met with Wade last Monday, one of the topics on his heart was mutual submission in marriage, which is contrary to what is ascribed in complementarianism.  He described how he believes a spirit-filled couple should make a decision, and my husband and I agreed with him.  I was thrilled that Wade took the time to write it down in a post the following day.

Wade and Rachelle recently celebrated their 30th wedding anniversary, and I believe they have some wise advice to share.  I want to urge married couples, particularly those who have recently wed, to take to heart Wade Burleson's advice, as outlined below. 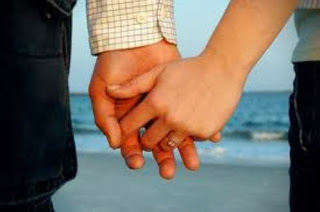 The attitude of every follower of Jesus Christ, whether male or female, is one of servant-like submission. "Do nothing from selfishness or empty conceit, but with humility of mind regard one another as more important than yourselves" (Philippians 2:3). "Have this attitude in yourselves which was also in Christ Jesus, who…. took the form of a bond-servant" (Philippians 2:5-7).

The best one word description for this servant-like attitude of "regarding another as more important" is the word submission. To be a submissive person is to be like the bond-slave Jesus Christ became for us. The Bible is emphatic that all Christians, both males and females, are to be characterized by love and submission to other people.

Paul describes this Spirit-filled life of believers in Ephesians 5 where he writes- "and walk in love, just as Christ also has loved you…" (v. 2) and then he writes, "and be submissive to one another in the fear of Christ" (v. 21). Again, these two characteristics of the Spirit-filled life (love and submission) are mandatory regardless of gender. Paul illustrates how love and submission works in the husband/wife relationship in the rest of chapter 5.  "Wives to your own husbands" (v. 22) is what Paul literally writes. Unfortunately, English translators add the words "be subject" after the word wives. Why do our English translators leave off "love?" Paul is writing about love AND submission, and when he writes "wives to your husbands" the emphasis is "Wives, be submissive and loving to  your husbands." Likewise, later Paul "so husbands to wives" (v. 28).  Again, the English translation picks up on the word "love" for husbands, but in the context of mutual love and mutual submission (v. 2 and v. 21), husbands are to express a love and a servant-like spirit of submission to their wives. It may sound strange to your ears to hear that the Bible says a husband is to be submissive to his wife, but it wasn't strange to Paul's ears. This is the teaching of the New Covenant. To say that a husband is to have a submissive attitude toward his wife is as correct as saying that a wife is to love her husband. No gender, whether male or female, is to leave off either submission or love in human relationships.

Because the Scripture teaches mutual servant-like submission and unconditional love for both the husband and the wife, some Christians who are unfamiliar with Scripture– but who have been indoctrinated with institutional church dogmatism about "authority"– may be confused. "How will a married couple ever make a decision if nobody is the boss and everybody has an attitude of servant-like submission and unconditional love?" they might ask.

Great question. Here is how a Spirit-filled couple makes a decision in marriage.

(5). In a Christ-honoring marriage, no person sees himself (or herself) as the "authority" in the home. Jesus Christ has "all authority" (Matt. 28:18), and a marriage that honors God is one where both the husband and the wife look to Christ alone as their authority. Decision making is made with a spirit of mutual submission and love, leaning on Christ to produce unity of hearts and minds.

For anyone married to an unbeliever, this process of coming to unity in decision making may be a tad harder. This is why the New Covenant writers issue a caution about being unequally yoked. However, when two followers of Jesus Christ are married, it is important to remember that Scripture clearly teaches submission is never the wife's responsibility to the exclusion of the husband's, nor is love the responsibility of the husband's to the exclusion of the wife's. A Spirit-filled, Christ-honoring, God-glorifying marriage is one of mutual submission and love.