Faith is a bird that feels dawn breaking and sings while it is still dark.  Rabindranath Tagore link 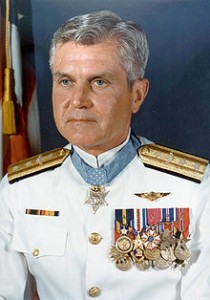 Around about the umpteenth time that one of my kids said "It's not fair, Mom," I had an epiphany. To the surprise of my kids, I said, "Life is not intrinsically fair." I realized that I had set my kids up with the expectation that everyone would play by our rules, everybody would be nice and every kid could grow up to be President. All would be well. So I began to list things that are not fair in life.

I was a bit naive when I became a Christian. I assumed that everyone would be loving and kind within the church. That we would be just like the Bible says, one body living in harmony and purpose. I lived in an expectation of that world for quite awhile. As I watched my kids grow, I began to notice the cruelty of children in the church which appeared to match that of children outside the church. The same rules appeared to apply to both the secular world and the church world.  The beautiful kids were popular; the nerdy kids were picked on. The athletes ruled in church youth groups and at schools and those with disabilities were relegated to an unseen status, if lucky, and laughed at, if not so lucky.

People in the church do not seem different than people outside the church.

As time progressed, I became more convinced of the wisdom found in the statement of a former pastor.

As Christians, we are positionally holy due the sacrifice of Jesus but we are functionally sinful.

Many church leaders and members often view themselves as the role models of good, clean Christian living while pointing fingers at those outside the church as the "bad" sinners. Christians are the "good" sinners.

A couple of months ago, I heard a sermon preached by a Mahaney look alike: shaved head and vocal/hand mannerisms that mimicked Mahaney to a tee. In his sermon, on which he touched on the "same old, same old" issues of gender roles, authority and obedience, he said the following:

As Christians we must continue in obedience and not let up for a second. When we do, we are prone to sin. Just last week, I realized that there was a sin in my life and I couldn't understand how it got there.

Whoa-there is a sin in his life and he didn't know how it got there? A sin??  I wanted to jump and say, "There are plenty of sins in your life, even though you consider yourself obedient." In fact, I contend that it is this posture of the "almost sinless" leader who beats everybody else up about obedience and doctrine, that causes problems in the long run. Does anybody really believe some of the Neo-Calvinists when they claim that they are the worst sinners that they know?

Many of us who frequent the blogohalls of TWW have been deeply wounded by the church. We must then reconcile what we see in the Scriptures with what we actually see in our churches. We have presented case after case of churches that abuse. We look at those who stay, or have stayed too long, and we often ask the question:

Why don't (or didn't) they just leave?

I prayed that it would get better.
or
I thought things would change.
or
I wanted to persevere.
or
My spouse was convinced we could make changes by getting more involved.
or
If  I confront the leaders with the proof, surely they will listen…

And yet, things don't change or change so slowly that it takes decades. The leaders still cling to the public persona that they are "sin light" and, due to this perception, things continue unchanged. Elder boards are stocked with "yes" men while pastors hammer home an impossible task of becoming obedient, like them.

Then, when the inevitable happens: the affair, the substance abuse, the expensive lifestyle, the controlling behavior, the anger directed at the members, we are shocked and hurt. We leave but then find ourselves caught in the same cycle in the next church.

Towards a new mindset.

I believe that we all need to have a different mindset as we approach our churches. In the book, Good to Great, there is some advice that appears to come straight out of the Bible. Collins calls it The Stockdale Paradox.(P.86)

Retain faith that you will prevail in the end, regardless of the difficulties.

and
at the same time

Confront the most brutal facts of your current reality, whatever they might be.

Admiral Jim Stockdale gives us some clues on how to deal with reality.(P.83-85)

Collins tells the remarkable story of Admiral Jim Stockdale who was the highest ranking US military officer in the Hanoi Hilton POW camp in Viet Nam from 1965-1973. For 71/2 long, awful years, he was seriously tortured over 20 times. He never fully recuperated, walking with a serious limp until he passed away in 2005. Here is what Wikipedia (Collins also interviewed him) says about his captivity:

Flying from USS Oriskany on a mission over North Vietnam on September 9, 1965, Stockdale ejected from his Douglas A-4E Skyhawk, which had been struck by enemy fire and completely disabled. He parachuted into a small village, where he was severely beaten and taken prisoner.

Stockdale was held as a prisoner of war in the Hoa Lo prison for the next seven and one-half years. As the senior Naval officer, he was one of the primary organizers of prisoner resistance. Tortured routinely and denied medical attention for the severely damaged leg he suffered during capture, Stockdale created and enforced a code of conduct for all prisoners which governed torture, secret communications, and behavior.

In the summer of 1969, he was locked in leg irons in a bath stall and routinely tortured and beaten. When told by his captors that he was to be paraded in public, Stockdale slit his scalp with a razor to purposely disfigure himself so that his captors could not use him as propaganda. When they covered his head with a hat, he beat himself with a stool until his face was swollen beyond recognition. When Stockdale was discovered with information that could implicate his friends' "black activities", he slit his wrists so they could not torture him into confession.

Stockdale was released as a prisoner of war on February 12, 1973. His shoulders had been wrenched from their sockets, his leg shattered by angry villagers and a torturer, and his back broken.

Debilitated by his captivity and mistreatment, Stockdale could not stand upright and could barely walk upon his return to the United States, which prevented his return to active flying status. In deference to his previous service, the Navy kept him on active duty, steadily promoting him over the next few years before he retired as a vice admiral. He completed his career by serving as President of the Naval War College from October 13, 1977, until August 22, 1979.

Communication and support is a key factor.

During those years, Stockdale lived his life without any expectations that he would be treated well, that he would ever be released and that he would ever see his family again. He took it upon himself to institute rules and procedures to help his fellow soldiers deal with torture, to secretly communicate with each other via a code, and to provide moral support to help them survive the torture amidst the uncertainty.

Reading about Stockdale's captivity, it is not hard to get depressed and angry about the torture he, and his men, endured. Yet, we know the end of his story but they did not. Or did they?

I never doubted not only would I get out, but also I would prevail in the end and turn the experience into the defining event of my life, which, in retrospect, I would not trade. (P.85)

The optimists could not confront the reality and did not survive. (P.85)

Does this make sense with the idea of never losing faith? Here is what Stockdale said:

The most important lesson of all: Deal with the hard stuff.

This is an important lesson. You must never confuse faith that you will prevail in the end-which you can never afford to lose-with the discipline to confront the most brutal facts of your current reality, whatever they may be.

We are not getting out by Christmas; deal with it. (P.85)

What separates people, Stockdale taught me, is not  the presence or absence of difficulties, but how they deal with the inevitable difficulties of life.

Here are some thoughts about church and abuse.

How do you know if you are in a good church?

Ask yourself this question.

Do you easily, and without coercion, love your pastors and the church leaders?

If they truly love you, you most likely will love them in return. Here is an example from the Hanoi Hilton. The men in the prison knew that Stockdale deeply cared for them and would go to the death to defend them. He developed an internal communications system to reduce their isolation. It was a tap code system for the letters of the alphabet. (tap tap=a; tap tap pause tap=f, etc.)

At one point, during an imposed silence, the prisoners mopped and swept the central yard using the code, swish-swashing out "We love you" to Stockdale on the third anniversary of his being shot down.

You were abused by a church or church leader. How do you live?

Life is unfair. There are people who do heinous things. Certain self-proclaimed leaders have defended the indefensible, often times caring for their friends over the weak and vulnerable.

Always, always, always remind yourself that you have not reached the end of the story. This life may bring pain and suffering. The Bible tells us that there in an end to pain for those who hang on. In fact, it is a glorious future.

You haven't been abused. How do you live?

Be the Jim Stockdale for someone else. Help them hold on. Be their voice. Be willing to sacrifice your good standing to help others. I know of several people who have confronted their churches over their continued support of certain leaders who have been accused of contributing to the pain and suffering of child sex abuse victims. It has not gone well for them. They have given up positions of leadership and have accepted the consequences of no longer being one of the "in-crowd." We hope to tell their stories in the days to come.

At a recent conference, Luis Palau told us that Matt Redman had been terribly abused as a child. In his middle school years, he discovered a heavenly Father who never abused him and loved him. That gave him the strength to carry on even though he was still being abused. Much of the hope in his music is born out of the abuse he endured as a child. May this song give those of you, who have been hurt, the courage to hold on because you know "the end of the story."

If you want to read a great book, read Jim and Sybil Stockdale’s book, In Love and War. In alternating chapters they take turns telling the story of Jim’s capture and imprisonment, and Sybil’s attempts with the government to rescue them or make a diplomatic deal. The honorable prison culture that Jim created is truly inspirational.

Hillsong is not safe. Let the giver beware. https://t.co/i1i5faPj0L
View on Twitter
0
6

@wartwatch I think she write a paper on his ability of RZ to hide his sexual adventures..
View on Twitter
0
0 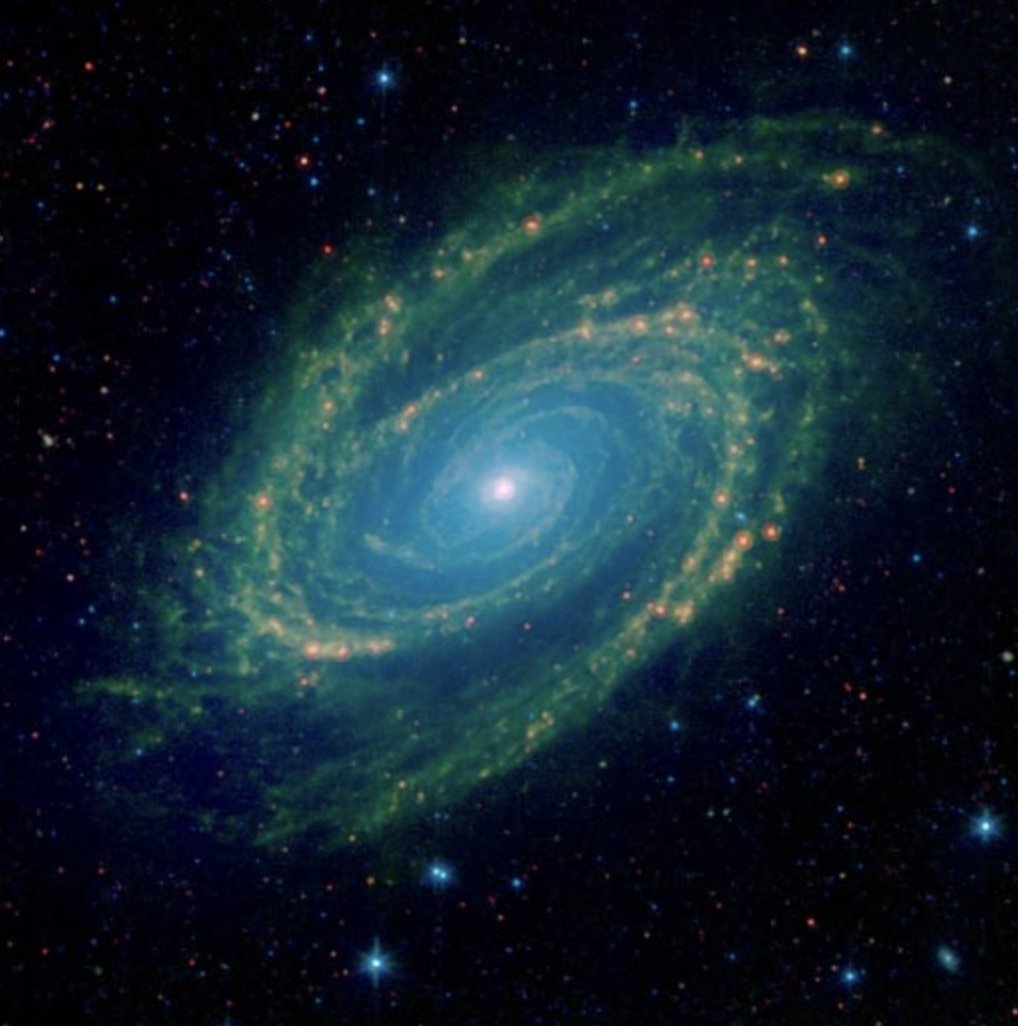