"Mr. Worf, villains who twirl their moustaches are easy to spot. Those who clothe themselves in good deeds are well-camouflaged." -Capt. Jean Luc Picard link 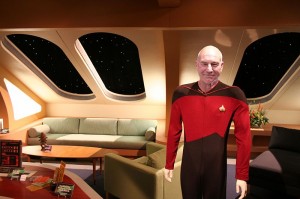 TWW is continuing to provide an overview of Jeff Crippen and Anna Wood's book, A Cry For Justice: How the Evil of Domestic Abuse Hides in Your Church link. Because we will be dealing with this subject, off and on, over the next couple of weeks, we would like our readers to keep in mind the following two caveats.

We believe that Jeff's biography is of particular interest due to his unique combination of experiences.

(He has been)  the pastor of Christ Reformation Church since 1993. A  graduate of Multnomah Biblical Seminary (MABS & MDiv), Jeff was a police officer for 12 years before entering the pastoral ministry.

Jeff has "boots on the ground" experience that I believe many pastors and lay leaders lack. Here is why this is important. According to the National Institute of Justice link:

Domestic violence-related police calls have been found to constitute the single largest category of calls received by police, accounting for 15 to more than 50 percent of all calls.

Jeff, along with a team which includes Barbara Roberts and Jeff S, also run a website called A Cry For Justice | Awakening the Evangelical Church to Domestic Violence link. We highly recommend that you visit this site for thoughtful discussion and a wealth of resources. Folks who are experiencing abuse, or friends and family of those being abused, will find supportive advice along with contact information.

Here is how the website defines abuse on its home page.

While this mentality of power and control often expresses itself in various forms of physical abuse, it just as frequently employs tactics of verbal, emotional, financial, social, sexual and spiritual abuse. Thus, an abuser may never actually lay a hand on his wife and yet be very actively terrorizing her in incredibly damaging ways.

Abuse in any of its forms destroys the victim's person. Abuse, in the end, is murder.

The abuser uses our ignorance to his advantage.

Jeff says that one of the primary reasons for writing the book (and website) is:

I have seen, firsthand, how abuse is minimized in our churches and our culture. It is minimized largely because the abuser enjoys secrecy in his abuse. Because we are "in the dark" and are ignorant of the abuser's tactics, we are prone to take the word of the abuser…The wolf, in other words, tells us how saintly he is and explains that it was the sheep's fault that it was eaten.(P.24)

A true story from Dee and Deb that illustrates this important quote.

The two of us were involved in a para-church ministry. A woman in our group was being abused by her husband who was a leader in their conservative church. She had reported her abuse to the leadership which did not take her seriously and she was reaching the end of her rope. The husband decided to "prove" that she was the problem.

He purposely dumped the contents of her large craft basket all over the floor. He waited until she came into the room and turned on a recorder. She became upset, and raised her voice to him while crying. He then brought the recording to the church leadership to "prove" how his wife was "out of control." She was put under church discipline and the husband was not. She was blamed for the divorce which followed and he got a pass.

Crippen raises concerns that some well-known pastors teach that women can leave their husbands only if they are in physical danger. They downplay the damage that can occur with non-physical abuse. He makes the point that many abusers stop short of physical abuse so they can claim that they "never laid a hand on her." Such women are told they must stay with their husbands because it is God's will for their lives. They are told if they persevere, they will win over their husbands. They might even be told that the abuse is necessary for their own sanctification! (P.34-35).

However, there are some pastors who teach that a woman cannot divorce, even for physical abuse. Some of these pastors also downplay emotional abuse. Crippen refers the reader to the following information found on John MacArthur's site Grace to You link.

What do you recommend in your counseling where there is child molestation or wife beating or extreme alcoholism or some of those situations that become not just marginal but really intolerable for a wife we'll say?

MacArthur uses a biblical proof text for the basis of his advice:

1 Corinthians 7:10: "If she divorces"–and it doesn't give you any reason here, it just says if she divorces–"let her remain unmarried or be reconciled to her husband but don't let the husband divorce his wife."

He then applies the verse in his answer. He implies that it is "unbiblical" to divorce due to domestic violence. One may separate, however.

You know, I can't counsel a mother who says, "What am I going to do? This man has committed incest with my child and he beats me up and etc. or beats up the children and so forth and so on. Do I just sit there and take it? And the chairs on my head, and the stuff he throws at me, and the cigarette burns on my arm, and battered wives and all this stuff? What do I do?"

Well, certainly there is nothing in the Bible that says you just stand around until you are just beaten to a pulp. You know, God has built into the human being a certain sense of self-preservation. Right? And it's normal to separate yourself in that kind of situation. And maybe that's what Paul is thinking about. There may come circumstances where divorce occurs, but if it isn't on biblical grounds, that's it. I mean, you can remain unmarried or be reunited.

Crippen also draws attention to MacArthur's answer to this question. How should a wife respond to a physically abusive husband link? There are two curious points that he makes. One is that God gives us the grace to endure a lot more severe things than we think. He also appears to imply that adultery is worse than "just" abuse (see the highlighted points).

I really feel that if we are obedient to the word of God in that kind of a situation, God would give us the grace to endure a lot more severe things than we think. So, what we do is this; we counsel people this way:if you're in an abusive situation, there's not adultery involved, it's just abusive, cruelty, or something like that–I don't think alcoholism is necessarily in the same category. But where there's beatings, where it affects you or the children, there's nothing to say that you shouldn't step away, get away to preserve your own health, and your own safety, and your own security. You don't need to stay there and just be beaten to a pulp. God's given us a self-defense mechanism. But I don't think that's grounds for divorce biblically. I think you have to hang in there and that's what makes great prayer warriors. People who can turn that kind of a thing into a draw nigh unto God kind of relationship. You know, when all your family has forsaken you the Lord will be your family.

In his book, Crippen addresses, in depth, why he believes that abuse is grounds for biblical divorce. We will highlight his thoughts in a coming post.

As you know, Dee is a fan of Star Trek in all of its permutations. It should come as no surprsie that her favorite captain was Jean Luc Picard played by Patrick Stewart. Stewart is an activist in fighting domestic violence. He is involved in a safe home program in England called Refuge. He has addressed both the United Nations and Amnesty International on his concerns. (Who could turn down Picard?)

Below, in the first embedded video, a woman who was abused asks Stewart a question. He openly discusses his mother who was a victim of such violence. He also gives some insight into his father who was seriously affected with PTSD after fighting in the war. Listen carefully at the 7 minute mark. He becomes very emotional as he discusses his anger with violence against women, especially as perpetrated by men. He also movingly expresses concern for the woman who asks the question. I think that many pastors could benefit by listening to Stewart address this issue.

And, just because he was the face of Jean Luc Picard, I am including his incredible address to Amnesty International as the second video. Both of these videos have been making the rounds on the internet. May all of this raise awareness of the pain of domestic abuse. As Captain Picard would say: