"Recovering Grace is a Christian organization dedicated to helping those affected by the teachings of Bill Gothard, the Institute in Basic Life Principles (IBLP), and the Advanced Training Institute (ATI). As the foundational statement of our faith, we adhere to both the Apostles and Nicene creeds."  link 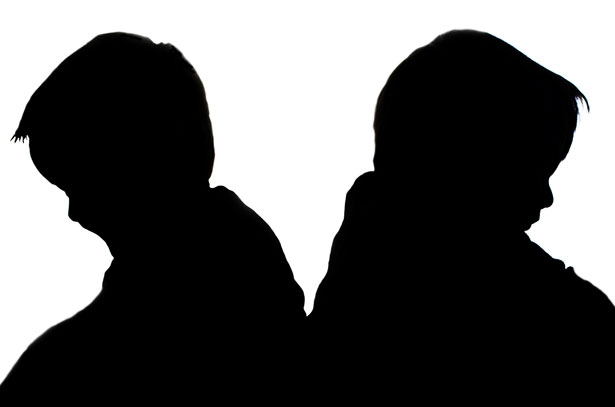 In our four years of blogging, we have yet to focus on Bill Gothard and his unusual teachings.  That is, until now…  I consider myself fortunate that I had never heard of Bill Gothard until a few years ago.  How did my Christian parents miss being influenced by him during my formative years?  I believe it was divine providence.

Gothard, who turns 80 next year, has had a tremendous influence in Christendom for over fifty years, and the fruit of his labor is becoming more and more apparent.  He attended Wheaton College, where he earned his undergraduate degree in 1957 and a Masters in Christian Education in 1961.  That same year he began an organization which evolved into the Institute in Basic Life Principles (IBLP). In 1984 Gothard founded the Advanced Training Institute (ATI), a curriculum-based homeschooling program.

Bill Gothard's popularity peaked in the 1970s, with him often drawing crowds in excess of ten thousand for a one-week seminar. His conservative teachings ranged from encouraging Bible memorization to having large families (despite his never having been married), homeschooling, respect for authority, finances, education, healthcare, and music.

One might be tempted to discount his teaching as fringe, but that would be a mistake.  Incredibly, Bill Gothard's teachings have influenced mainstream Christianity.  For example, Dee had friends in Boston at Gordon College and Park Street Church as well as in Dallas at Prestonwood Baptist who embraced Gothard's teachings. However, none of those churches endorsed or participated in Gothard seminars. While in Dallas, Dee became acquainted with a well known Dallas businessman who told her that there is a problem with rock music and the drumbeat in music (ideas derived from Gothard). He has since rejected these ideas.To give you some idea of what the Institute in Basic Life Principles (IBLP) entails, here is a video overview:

Not everyone who has been influenced by Bill Gothard is a 'fan'.  Over the years, those adversely affected by his teachings have tried to warn others,

but as far as we can tell there was no concerted effort to sound the alarm.

We are grateful that a website has been established by those who have been harmed by Gothard's teachings and are willing to come forward.

It is called recoveringgrace.org, and here is some information about their beliefs:

"Recovering Grace is a Christian organization dedicated to helping those affected by the teachings of Bill Gothard, the Institute in Basic Life Principles (IBLP), and the Advanced Training Institute (ATI). As the foundational statement of our faith, we adhere to both the Apostles and Nicene creeds."

In order to gain an understanding of what the website contributors are trying to accomplish by speaking out against Bill Gothard and his teachings, here are some questions and answers from their FAQ page:

Why are you attacking a godly man who has helped so many people?

While it is true that in some cases Bill Gothard has influenced people for good, the truth is that the damage his organization has caused far outweighs any good. That being said, our focus is not to attack a person, but to expose an ideology for the trap that it is.

Much of what IBLP teaches is truth.  Why throw of the baby with the bathwater?

There are indeed elements of truth in the principles that Gothard teaches, but he has so interwoven these biblical principles with legalistic rules and regulations that it is nearly impossible to separate the good from the bad.  We believe that it is better to avoid Gothard’s teachings altogether, and to find the “baby” somewhere else.

Why don't you take a Matthew 18 approach with Bill Gothard?

Recovering Grace does not believe our issues with Bill Gothard are the type that Christ is speaking to in Matthew 18. Our issues are primarily doctrinal, as they pertain to what we believe are faulty interpretations of Scripture–and the effects of such–rather than personal offenses by Bill Gothard against us. As any person who has spent time browsing our site will notice, we firmly believe that Gothard teaches a definition of grace and a view of sanctification that misses the heart of the gospel and of the New Testament. This leads to many negative consequences of which we seek to warn others. For our complete stance on Matthew 18, please read this article.

How is ATI/IBLP connected to the Duggar family of 19 Kids and Counting fame?

Jim Bob and Michelle Duggar have been utilizing the Advanced Training Institute homeschooling curriculum with their family for over 15 years. Many of the ideas and beliefs shared on their program originated with the teachings of Bill Gothard and the Institute in Basic Life Principles.

Based on the testimonies of those who are now coming forward to tell their stories at recoveringgrace.org, sexual abuse appears to be an issue among Gothardite families.  We are not sure to what extent, but we will definitely be investigating…  For this reason, those who host this website are drawing attention to April being Sexual Assault Awareness Month (SAAM).

The month of April has been designated Sexual Assault Awareness Month (SAAM) in the United States. The goal of SAAM is to raise public awareness about sexual violence and to educate communities and individuals on how to prevent sexual violence.

By working together and pooling our resources during the month of April, we can highlight sexual violence as a major public health, human rights and social justice issue and reinforce the need for prevention efforts.

We here at TWW are committed to investigating Bill Gothard and his teachings, and we will be doing a series of posts to warn our readers about the downside of ATI and IBLP.  Next week we will share a gut-wrenching story about a young man who was adversely affected by the teachings of Bill Gothard and the devastation he unleashed.   It is truly heartbreaking, and there is a personal connection.

Stay tuned – there is so much more to come…