“Whenever we face a situation that is ‘not good’, we can believe that God is behind it and wants to meet us in it.” 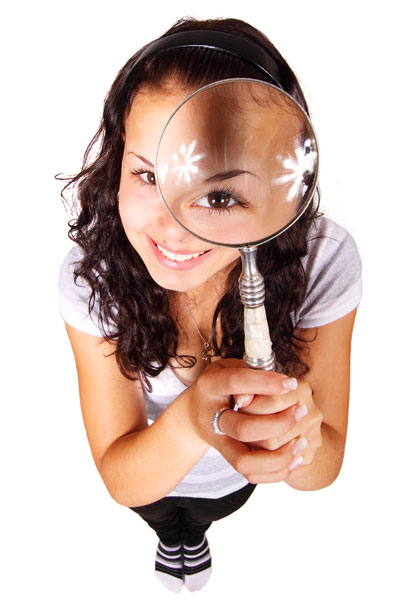 John Loftness currently serves as Senior Pastor at Solid Rock Church, located in Riverdale, Maryland. Solid Rock began in 1975 and joined the Sovereign Grace Ministries family of churches in 1987.  Here is his biographical information on the church website:

"John Loftness, Senior Pastor, has been a pastor since 1981, most of that time at Covenant Life Church in Gaithersburg, MD. John came to be Solid Rock's pastor in September of 2007."

On March 19, 2012, Dave Harvey announced SGM's new board.  Here is the information about John Loftness that was presented on the SGM website:

"John Loftness received a B.A. from Houghton College in 1978 and has studied extensively at the Masters degree level at Fuller Theological Seminary and Reformed Theological Seminary. He began his career as a pastor in 1981 when he joined the staff at Covenant Life Church.  Over the years has served in a variety of roles in local churches and in SGM, primarily as a pastor.  From 1990-2007 he served exclusively at Covenant Life.  In 2007, John left Covenant Life to become the senior pastor of Solid Rock Church in Riverdale, Maryland."

Then on April 14, 2012, Loftness was appointed Chairman, as indicated in the post Update on Sovereign Grace Board:

"We also nominated, discussed, and approved officers for the Board.  John Loftness will serve as Chairman and Paul Buckley as Vice-Chairman.  Tommy Hill, though he is not a Board member, will continue his service as Secretary and Treasurer."

A short ten months later, Loftness resigned as SGM's Chairman of the Board.  Here is an excerpt from that February 18, 2013 announcement on the Sovereign Grace Ministries website:  Board Update Regarding John Loftness

"John has worked hard to serve the Board and our churches since July, 2011. He has logged countless hours as a Board member and since March, 2012, as the Chairman of the Board. He has done all this while serving as the Senior Pastor of Solid Rock Church."

John Loftness contributed a chapter in the book Why Small Groups, and page vi includes some information on Loftness, indicating that he was:

We found the following excerpt, written by Loftness and included in the Why Small Groups book, interesting in light of recent accusations against him.  Loftness wrote:

"Each of us has family responsibilities in the church.  Fellowship encompasses a major responsibility to care for another's soul and to get help for our own so that together we can be all that God intends us to be.

Shortly after the class action lawsuit was filed against SGM,The Christian Post published Sovereign Grace Ministries Accused of Covering Up Child Sexual Assaults.  Here is an excerpt from that post involving Loftness:

"The parents of Norma Noe, another plaintiff, found out that their then 2-year-old daughter had allegedly been abused by someone who served as a babysitter for one of the ministry's Home Groups in Maryland.

They called the police the day after the incident. They then called Loftness, who allegedly told them, "Do not call the police" and said it was an issue that should be handled by church leadership. The church also tried to arrange a meeting between Noe and her predator so they could be "reconciled" to one another, the complaint states, which further traumatized the girl."

Additional charges against John Loftness are forthcoming.  Peter Lumpkins has chimed in on Loftness in a post published earlier today.  Here is an excerpt:

"More top officials at SGM are being arraigned in the sex abuse scandal reportedly including John Loftness who resigned as Chairman of the Board for SGM on February 18. Last week it was announced that a plaintiff has come forth alleging John Loftness physically and sexually abused her as a child."

The amended lawsuit names John Loftness in Norma Noe's testimony.  It is included below and can be found here and here.

74.  On or about March 17, 1993, a church member sexually molested Norma Noe. Norma Noe was two years old at the time of the sexual assault and living in Gaithersburg, Maryland.

75.  The parents of Norma Noe learned of the abuse the day after it occurred. They immediately called the police and reported the assault. After calling the police, they contacted Defendant Loftness. He immediately advised the parents “do not call the police.” When the parents of Norma Noe advised Defendant Loftness that they had already called the police, he expressed his displeasure (stating “that is going to be a problem”), and explained that such matters were handled internally by the church leadership, not by secular authorities.

76.  Defendants, acting through Defendant Loftness, immediately interfered with the administration of justice by tipping off the perpetrator that the parents had reported his sexual predation to the police. Defendant Loftness also took steps to ensure that other church members in the neighborhood were not alerted to the crime.

77.  Defendant Loftness continued to interfere with the impartial administration of justice. Defendant Loftness “obtained” a confession from the predator, and began to serve as an intermediary between the police and the predator in order to control and prevent the dissemination of information to other families whose children were at risk of predation.

79.  Defendant Loftness involved Defendants Ricucci and Layman to assist him in disseminating false and misleading information to the police and to church members.

80.  Defendants did not take any steps whatsoever to learn the extent of sexual predation by the predator, such as advising the police that the predator had been charged with the care of numerous toddlers in his role as a Home Group babysitter. The parents of other children exposed to the predator were never advised of the sexual assault, and never counseled to be alert for signs of trauma in their children.

81.  Defendants advised the parents of Norma Noe that they were required to remain completely silent about who had committed the assault, and thus refrain from providing other members of the Church information needed to protect their own children from the sexual predation.

82.  Defendants required the parents of Norma Noe to refrain from telling any other church members the name of the sexual predator who had sexual assaulted their three-year old daughter.

83.  Defendants knowingly permitted the sexual predator to continue to participate, unsupervised, in church activities with children despite his conviction for molesting Norma Noe.

84.  Defendants withheld information from the parents of Norma Noe about the assault that the Church had obtained directly from the predator.

85.  Defendants misled the parents in order to prevent them from attending court appearances and filing a victim impact statement.

86.  Upon information and belief, the juvenile perpetrator who molested Norma Noe may have previously been a victim of the pedophilia ring operating at the School.

We have learned from an extremely reliable source that John Loftness was present at the reconciliation meeting described in #78 and that his expectation was that the toddler would forgive her abuser.  How sick is that?  Shame on you John Loftness!  Those words you wrote in Why Small Groups about 'a good local church' and 'good families' are a sham in light of how you traumatized a little three year old girl.  How despicable!

On June 15, 2011, Kris over at SGM Survivors explained in comment #168 that she received the following e-mail which she had been given permission to share:  (link)

"Hi Kris, all the conversation on the blog has brought to mind several SGM marriage retreats we have attended over the years. Yes, CJ has been credited as being the consummate romantic; greater than Larry, anyway. Larry and later Josh have been asked to teach and write books on roving eyes and lust, but CJ has always gotten high marks on ‘loving’ his wife.  And, he led all but the last retreat on sex. And they have always been  well-attended, but still, there was always much pressure to attend.  There were mixed main sessions and men and women have individual sessions where they get into much more details, such as sex toys (men) and lubricants (women). Since I wasn’t in the men’s session I don’t know why they brought up sex toys but I heard they did. At a women’s session, Shannon, Julie, Marie and Valori had a panel discussion. I kept my eye on the exit, as in my experience, these sessions always present ‘cringe’ TMI moments. I really wish to be spared hearing about the sexual exploits of the pastors and their wives. Do we really need to know how much they love to observe each other’s naked bodies or how much moisture needs to be added to the event? Goodness!  But, the all-time saddest story was once told by CJ in mentioning how Carolyn used to ‘serve’ him even as she suffered from ‘morning sickness’. I’m sure her condition kept her from doing much of anything else but not this. His comments still grieve me. He chose to use it as an example about romancing your spouse. He complained how ‘unromantic’ it was that when Carolyn was pregnant, she needed to get up and ‘vomit’ after intercourse. He laughed loudly and used it as comic relief in his talk. Okay. Here his wife was so sick that all the commotion of ‘serving his needs’ made her so violently ill that she needed to flee to the bathroom to expel her dinner and he was reduced to peels of laughter as he lead the whole room to join him? His needs obviously exceed his wife’s needs. I never looked at him quite the same again."

Mahaney's testimony about his intimacy with his wife is extremely disturbing.  This is not normal behavior in a church meeting or otherwise!

And let's not forget that when the Mahaneys fled from Covenant Life Church, they first went to Dever's Capitol Hill Baptist Church and then to Solid Rock Church, where John Loftness served as the Mahaneys' shepherd.

When we put all of these puzzle pieces together, there appears to be some extremely bizarre behavior in this 'family of churches'.  First of all, we have the leader of SGM, C.J. Mahaney, divulging extremely sensitive information in a public forum.  Then Dee and I heard Mahaney brag in person to a local SGM congregation that his marriage is S-I-Z-Z-L-I-N-G!  And John Loftness demands that a toddler forgive her abuser, among other serious issues…

Something is VERY WRONG, and it appears there are much deeper issues in Sovereign Grace Ministries.  We are left wondering whether SGM has systemic problems that they have tried to keep hidden for decades.