"I recall meeting Mahaney only one time and for no more than two or three minutes. To my knowledge we have never corresponded by email or any other media." 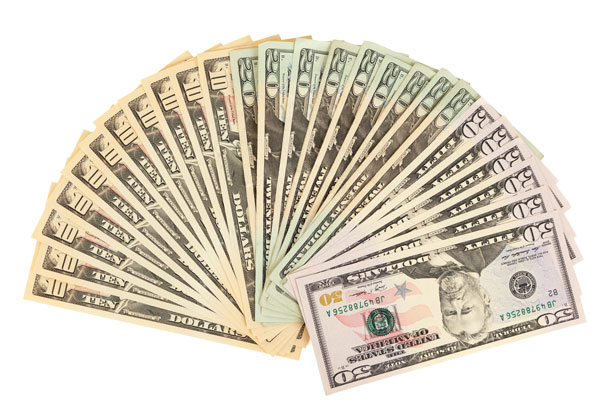 Last week Tim Challies caused quite an uproar in the blogosphere when he attempted to explain his non-relationship with C.J. Mahaney.  In his post Thinking Biblically about C.J. Mahaney and Sovereign Grace Ministries, Challies wrote:

"Before I begin, it may be useful for me to explain the nature of my relationship with C.J. Mahaney and Sovereign Grace Ministries, though there is actually very little to explain. I recall meeting Mahaney only one time and for no more than two or three minutes. To my knowledge we have never corresponded by email or any other media. He and I have never shared a speaking platform and I have never spoken at a SGM event (though I did liveblog a couple of them several years ago). All this to say that I write as an outside observer rather than as a personal friend and write this article primarily for the benefit of other outside observers."

Upon reading Challies' explanation, a famous quote from Shakespeare's Hamlet came to mind:

"The lady doth protest too much, methinks."

"For this reason I have deliberately avoided learning too much. I have had to question my motives, especially since I have repeatedly been on the receiving end of scathing criticism for not using my platform to speak out against Mahaney. I have chosen to read the news stories, to understand the basic facts, but conscience compels me to stop there. To do more may not be spiritually beneficial, it may not reflect good time management, and it may not be loving toward those who are involved.

In a situation as difficult as this one, especially in a situation as difficult as this one, the Lord calls me, he calls each of his people, to pursue peace and love and unity. I take this as a call to consider carefully what information I learn, to keep in mind that none of us has access to all of the facts, that I am to believe and hope all things of every believer, and that there are important and wide-reaching implications for each one of us.

(Note: I have chosen to close the comments for this article.)"

The internet – a technology mastered by Calvinistas to propel themselves into the public eye – is such a wonderful research tool!   Brian Auten doesn't believe what Challies shared is the right way to measure his “relationship” with CJ and SGM.  Auten's 'measuring stick' is featured in a post over at The Boar's Head Tavern.  When he did an advanced search of 'Mahaney' on Tim Challies' blog, he came up with 26 pages of hits!

Kris over at SGM Survivors had this to say regarding the Challies post:

"I’m glad Tim Challies is finally writing about something SGM-related that is not all sunshine and roses.  For me, his frequent mentions of SGM over the years hold a special personal significance, as his seeming endorsements of C.J. and SGM were one of the main reasons Guy and I stuck it out for as long as we did at our own SGM church.  I’d had such respect for Challies’ discernment about other matters that even after we’d noticed a lot of little things that seemed odd or “off” at our SGM church, I kept telling myself that we must just be crazy – that if Challies thinks SGM is good, then it must be good.

After we started this site and I became aware of all the stories of spiritual abuse, I even wrote to Tim Challies, confident that if he just knew what was going on, he’d use some of his powers of discernment to take a closer look at SGM.  While he was nice enough to answer to my email, his response was just a couple of noncommittal sentences.  Yet as you can see from the Boar’s Head list above, he continued to write very positively about SGM while apparently ignoring anything that might be cause for concern.  Because I remained a Challies fan, I wrote him again on at least two other occasions over the ensuing 3 or 4 years, to no avail…"

It's understandable that Kris held Tim Challies in high esteem.  After all, she probably saw announcements like this one on the WorshipGod06 website:

"Tim Challies will be live-blogging the event for the benefit of those who could not attend."

And Tim had this to say as he reflected on his live blogging experience at WorshipGod06:

"It (SGM) is primarily an organization that wishes to worship and celebrate the sovereignty of God as shown in His grace towards sinners. It is an organization that seeks to maintain biblical humility and seeks to serve the body of Christ, not just in word but also in deed. I mentioned to a couple of people at the conference that somehow, while sitting in that church and hearing praises rise to God, I felt a sense of home. I don’t quite know how to describe this or what I even really mean by it, but somehow the environment felt so safe and so familiar, even though this was my first time worshipping at a Sovereign Grace event. I was moved, I was stirred and I was challenged. And best of all, I was led to grow in my understanding of God, my appreciation of God, my love for His people and my ability to bring worship to Him."

Does anyone know whether Mahaney was present at this conference held in August 2006 at Covenant Life Church?  CJ doesn't appear to have spoken publicly at the event.

Then there is Tim Challies' affiliation with the Band of Bloggers.  He participated with this group at the first Together for the Gospel Event in April 2006 (four months prior to the SGM WorshipGod conference) and at the one held last year. (link)

He also attended T4G in 2010 and made a video to share on YouTube which shows the 'business angle' of the Together for the Gospel Conference.

How does Challies manage to wear so many hats and juggle so many 'roles'?  Here is how he describes himself on his website:

"I am a follower of Jesus Christ, a husband to Aileen and a father to three young children. I worship and serve as a pastor at Grace Fellowship Church in Toronto, Ontario, and am a co-founder of Cruciform Press."

The banner at the top of his blog states:

"Welcome to the online home of Tim Challies, blogger, author, and book reviewer."

Challies isn't kidding when he describes his website as his online home.  He spends A LOT of time blogging; however, you might be surprised to discover that he has also written A LOT of book reviews.  In fact, he has He has done 686 Amazon reviews, has received 22,680 helpful votes, and is ranked 317 among all Amazon reviewers worldwide.  Why?

Oh, we failed to call attention to Tim Challies' remark that he is a co-founder of Cruciform Press.  What a clever name for a Christian publishing company.  Cruciform means "forming or arranged in a cross".

Challies first announced Cruciform Press in an April 2010 post on his website.  In case you missed it, here's the exciting news:

"…let me tell you about an exciting new venture I am involved in. Let me introduce you to [insert drum roll here] Cruciform Press.

Cruciform Press is an alternative publishing company designed from the ground up to operate in the digital marketplace. And it officially launches today.

This is a collaborative effort between Kevin Meath (book editor extraordinaire who has edited books for authors like C.J. Mahaney, Paul David Tripp and Dave Harvey), Bob Bevington (an entrepreneur and optometrist who also happens to co-author books with Jerry Bridges) and me. Together we see the need for a model of publishing that begins with, not extends to, the new realities of this digital world.

As a publisher getting its start at the cusp of the digital age, our model is slightly different from traditional publishers. We are focusing on books between 10,000 and 25,000 words (roughly 50 to 100 pages) and will offer them at great prices in print-on-demand, e-book and audiobook formats. And we intend to publish a new book on the first of every month."

As mentioned above, Cruciform Press was co-founded by Kevin Meath, Bob Bevington, and Tim Challies.  Meath serves as the Publisher and Editor hat, Bevington is the Executive Director, and Challies is Strategy and Acquisitions.

We believe Kevin Meath is the Smoking Gun.  Meath's bio on the Cruciform Press website says it all.  Here's how it begins:

"Kevin has more than 25 years professional experience as an editor, including eleven years as chief editor for Sovereign Grace Ministries. He has worked on more than 40 book projects for the Christian market, and has edited for C.J. Mahaney, Paul Tripp, John Piper, Jerry Bridges, Joel Beeke, Richard D. Phillips, Scotty Smith, Dave Harvey, and many others. He has worked with Multnomah, Crossway, Reformation Trust, Shepherd Press, New Growth Press, Founders Press, Sovereign Grace Ministries, Revive Our Hearts, Focus on the Family, Desiring God, and others."

Meath also features testimonials by the likes of C.J. Mahaney, Paul Tripp, Bob Kauflin, Dave Harvey, and Gary Ricucci.  Also, you might be interested to know that Kevin Meath was heavily involved in the publication of Sovereign Grace Magazine.  He writes:

"Sovereign Grace magazine was published for more than 20 years, most of that time as a bi-monthly. I served as Editor for the final seven years.

When it came time to plan an issue, C.J. Mahaney and I would work together to identify the issue theme, as well as the lead teaching articles and their respective authors. I would then work with the authors of the teaching, news, and testimony articles to bring the issue to completion, although sometimes I was also tasked with converting a sermon transcript or book chapter into an article on behalf of the author… The issues shown here included articles that later contributed to several books, including C.J.'s Humility: True Greatness, Living the Cross-Centered Life, and Worldliness, and Bob Kauflin's Worship Matters."

According to the testimonials link above, here are some of the projects on which Meath has collaborated:

When Sinners Say "I Do": Discovering the Power of the Gospel for Marriage – Dave Harvey

Sex, Romance, and the Glory of God:  What Every Christian Husband Needs to Know – C.J. Mahaney

All We Long to Sing – Sovereign Grace Music

Yes, we have Kevin Meath to thank for these 'gospelrific' projects.  Now you know the behind the scenes individual to thank…  As Cruciform Press gets established, you can be sure that they will be cranking out more of these kinds of projects.  Just what we need…

Getting back to Tim Challies, he established himself by riding the coattails of high profile Calvinistas like Mahaney.  Now that he's his own man and 'business' partner of SGM's former editor, he just doesn't want to know that much about the SGM mess.  After all, It's not good 'time management' and besides that, it's not good for 'business'…