What distresses me at times is that I meet a lot of people in their 40's, 50's, 60's, who still say they're a victim of child abuse. Dave Pelzer 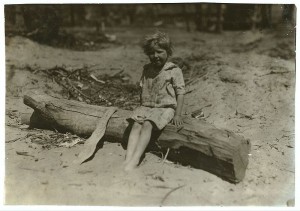 Today, I will do two separate posts due to the time sensitivity of both situations. The second will be an update on the Calvary Chapel situation in which the alleged abuser pastor is suing his son.

The Nate Morales arrest is significant. It appears obvious that SGM and Covenant Life Church (CLC) are concerned about this, as well they should be. The CLC official statement appears to be in conflict with police reports. Obviously, this is one for the lawyers to work out but, if I were in the shoes of some of the defendants, I would be very worried indeed.

On February 6, CLC  published a Response to News Reports (about the Nate Morales arrest) here

Contrary to the impression left by the news reports, Covenant Life Church had no knowledge of such abuse until many years after the abuse when an adult who had been victimized as a child came forward.

However, here is a statement from the Washington Examiner which wrote an article on the arrest, "Former Christian School teacher accused of molesting boys."

The victim's father told detectives that he talked with pastors about Morales, but there were "concerns of tarnished reputations," and no police report was made.

Police interviewed two pastors who confirmed that they talked to Morales about the allegations that he was abusing boys.

One pastor, Ernest Boisvert, told police that "normally the church would appeal to the accused to stop his criminal behavior and then, should it not stop, they would alert people that the person is not acting in a Christian manner," according to police.

Boisvert said he "took his cues from the families of the victims," who did not indicate they wanted to notify police, charging documents said.

If the statements, which conflict with CLC's version of events, prove to be true, it will be devastating to the defendants. My guess is this will be the emphasis of the defense after the First Amendment nonsense gets summarily thrown out of court. This sort of approach could harm the defense because it will be seen, rightly or wrongly, as an attempt at cover up.The Catholic church has paved the way on this issue.

I found the following comment in the comment section of that article insightful into the perspective of an apparent outsider. Folks, the SGM mess is beginning to attract the attention of the media and a watching world.

Another church declines accountability for the vile behavior of its own employees though leadership was aware of it for years. A criminal who assaults children must be stopped, regardless of the church's religious beliefs, or misguided notions of forgiveness. How many more children has this foul actor assaulted since, in Nevada or elsewhere? It is in that regard that the outcome here is the same as if Covenant Life had actively endorsed this behavior.

Here is another article which appears to contradict the statements made by CLC. The Gazette, a local Rockville/Gaithersburg newspaper reported the following in discussing Nate Morales' trial date. I think the statement by the founder of the school is important. It appears he claims that he had no knowledge of this abuse until recently. However it is alleged that CLC pastors were informed of the abuse and did not deal with it, allegedly,  at the request of the parents. So, if this is proven to be true, would that might mean that CLC deliberately chose NOT to notify the school?

Police say the abuses occurred while he worked at Montgomery County Covenant Academy, a different institution.

Covenant Academy closed in 1991, said Thurlow Switzer, the founder of the school.

“Nothing came to our attention while [Morales] was working on our staff,” Switzer told The Gazette on Friday. “Hearing this now is very sad.”

The sister of one victim told her pastor of the abuse, according to Morales’ case file. When the investigating detective questioned church officials, “They acknowledged learning of the abuse, however indicated that the families, at that time, did not want to come forward. They recalled speaking with Morales who acknowledged wrong doing but with no specifics or details about the incident,” according to the charging documents.

I have obtained a copy of the indictment of Nathan Morales-criminal number 121884. There are four victims named specifically. I want to commend these men for stepping forward to report this horrific abuse from their childhood. Such transparency, knowing that they will be deposed and be called to testify, makes them heroes in my book. I have chosen not to make their names public in this forum out of respect for maintaining what little privacy they still enjoy.

There are ten counts which involve 4 named minors. The charges include "Sex Abuse of a Minor" and" Sex Offense Second Degree".

I would ask that all who read this post take a moment now and pray for these brave men who I believe were horribly abused by a pedophile and then ignored by callous individuals. If this is proven in court, the word "shame" should be hung over the individuals and entities who knew of this behavior and chose to deep six it.

Last night I had a hard time sleeping as I contemplated writing these two posts. If any of these hero victims are reading this, please know, late last night, around 1:00 AM, Dee was praying for you with tears running down her cheeks.