“Given all these developments, C.J. should not be a council member on the Alliance of Confessing Evangelicals, The Council on Biblical Manhood and Womanhood or The Gospel Coalition,” Detwiler said. “Nor should he be speaking in seminaries or at conferences around the nation and world. Those that know him best know he is in need of private repentance and public confession.” 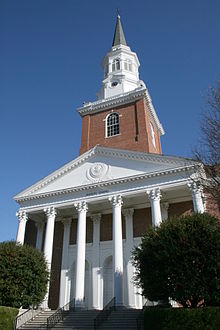 Well, it was business as usual last weekend at Southeastern Baptist Theological Seminary (SEBTS) as C.J. Mahaney addressed college students at the annual event.  According to a post on the SEBTS website:

"The Southeastern annual 20/20 Collegiate Conference featured speakers Daniel Akin, Bruce Ashford, C.J. Mahaney and Darrin Patrick. This year’s theme, Gospel and Mission, examined the centrality of the gospel in the Church’s mission to the broken world.

In case anyone is wondering how the number of attendees (700) compares to previous years, 900 attended in 2012. When C.J. Mahaney last spoke at Southeastern's 20/20 Conference, a whopping 1,400 college students came.  Here is an excerpt from a report entitled Conference brings gospel to life, young people to seminary campus:

"Southeastern Baptist Theological Seminary’s campus came to life over the weekend as 1,400 college students and young adults flooded the grounds to hear from well-known speakers about how to see the gospel come to life.

The February 6-7 conference, which sold out days in advance, was held on Southeastern's campus in Wake Forest, N.C. Students came from around the country to listen to pastors Mark Driscoll and C.J. Mahaney, Southeastern president Daniel Akin and Bill Brown, president of Cedarville University, as part of Southeastern’s annual 20/20 Collegiate Conference…"

Perhaps Mark Driscoll was the draw that year and not Mahaney. Who knows?  As our readers know all too well, Driscoll has come a long way since 2009, but he's definitely gone the wrong way…

Upon his arrival to SEBTS, Mahaney delivered the Thursday morning message in Binkley Chapel which he titled Deflating the Puffed Up Church.  The message was based on 1 Corinthians 4:6-13, which states:

" I have applied all these things to myself and Apollos for your benefit, brothers, that you may learn by us not to go beyond what is written, that none of you may be puffed up in favor of one against another.  For who sees anything different in you? What do you have that you did not receive? If then you received it, why do you boast as if you did not receive it?

Already you have all you want! Already you have become rich! Without us you have become kings! And would that you did reign, so that we might share the rule with you!  For I think that God has exhibited us apostles as last of all, like men sentenced to death, because we have become a spectacle to the world, to angels, and to men.  We are fools for Christ's sake, but you are wise in Christ. We are weak, but you are strong. You are held in honor, but we in disrepute.  To the present hour we hunger and thirst, we are poorly dressed and buffeted and homeless, and we labor, working with our own hands. When reviled, we bless; when persecuted, we endure; when slandered, we entreat. We have become, and are still, like the scum of the world, the refuse of all things."

Mahaney, who is famous for his "canned" talks, delivered this same message on February 11, 2011, at Southern Baptist Theological Seminary.  Perhaps not surprisingly, it was the prequel to Southern Seminary's collegiate conference – Recalibrate – at which Mahaney also spoke.

In light of the negative press Mahaney is generating, it is interesting that he is warning seminary students about being 'puffed up'.  Pot, meet kettle…

In the wake of C.J. Mahaney's appearance last weekend at SEBTS, further criticism has been leveled at him.  Now news sources like the Associated Baptist Press (ABP) are sounding the alarm.  Several days ago, the following article appeared on the ABP website:  Embattled C.J. Mahaney visits SEBTS.

That article, which draws attention to the problems C.J. Mahaney is facing, states:

"Mahaney, president of Sovereign Grace Ministries, took a voluntary leave of absence in June 2011 after charges of “pride, uentreatability, deceit, sinful judgment and hyprocrisy” were leveled against him by a former Sovereign Grace pastor. After review by three separate panels, Mahaney was reinstated six months later.

In the fallout, 13 churches left the network of about 100 congregations, including the founding church, Covenant Life Church in Gaithersburg, Md., where Mahaney was senior pastor for 27 years.

Last October, three anonymous women named Mahaney and other Sovereign Grace leaders in a lawsuit in Maryland claiming a cover-up of sexual abuse of children in the 1980s and 1990s. An amended lawsuit filed Jan. 11 alleged 143 separate charges involving eight victims, including an alleged “pedophilia ring,” where perpetrators were not reported to police and went on to prey on other children."

As we are closing in on 100 days of silence from The Gospel Coalition crowd, it is mind-boggling that they have yet to address these serious charges.

Just yesterday, ABP News featured an article on the recent actions of Brent Detwiler, one of Mahaney's former colleagues in Sovereign Grace Ministries.  The post – Former Aide: Mahaney Should be Sidelined – states:

"A former associate of a pastor named in a class-action lawsuit alleging a cover-up of sexual and physical abuse of children has called on Christian leaders, including Southern Baptists, to remove the disgraced minister from leadership roles and stop inviting him to speak at religious venues.

Brent Detwiler, one of four founders of Sovereign Grace Ministries who left the church-planting network over differences with President C.J. Mahaney in 2009, sent a letter dated Feb. 6 to 77 national leaders, including presidents of three seminaries owned by the Southern Baptist Convention."

Brent Detwiler, one of the four founders of a church network that has become known as Sovereign Grace Ministries, had been a long-time friend of Mahaney.  On February 6, in the wake of Mahaney's appearance at the 20/20 conference, Detwiler sent a letter to 77 Christian leaders appealing to them to read the lawsuit.  Here is a list of those who received his correspondence:

The reason he decided to appeal to a wider audience of Christian leaders is due to the recent arrest of a former Covenant Life Church member.  Mahaney served as senior pastor there for 27 years, and the alleged crimes took place under his watch.

The ABP article goes on to state:

"Detwiler said under the circumstances he hopes the Sovereign Grace board of directors will cancel Mahaney’s future speaking schedule, but if not organizers should reconsider his invitation to speak at events such as the 2012 Gospel Coalition national conference April 6-10 in Orlando, Fla.

“It is understandable that C.J. has become a celebrity in the Reformed world given his wit and wisdom,” Detwiler said. “But these are not the things that qualify a man for ministry.”

Detwiler said Sovereign Grace Ministries now faces a situation where its president and other key leaders "are at the center of a class-action lawsuit that alleges atrocities of the worse kind were covered up for reputational and financial concerns."

“Given all these developments, C.J. should not be a council member on the Alliance of Confessing Evangelicals, The Council on Biblical Manhood and Womanhood or The Gospel Coalition,” Detwiler said. 'Nor should he be speaking in seminaries or at conferences around the nation and world. Those that know him best know he is in need of private repentance and public confession.' "