Some of the biggest cases of mistaken identity are among intellectuals who have trouble remembering that they are not God.” Thomas Sowell 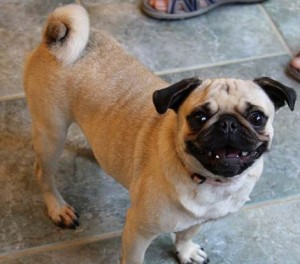 Before I begin, I want to thank all of you for your kind comments and emails ranging from well wishes to compliments (to be distinguished vigorously from complements). This blog is not Dee and Deb. Before we embarked on this endeavor, we would call each other and pontificate on these issues. We started a blog to see what others thought. Sure, we throw up a post. But it is you who make up the blog.

Both of us have learned so much from our readers. So, perhaps this is merely a way to say that a blog is the sum of its parts and you all make up the bulk of that sum. It is about the discussion, not about us. Thank you for your willingness to spend your limited time in sharing the thoughts that are important to you. We do not take it for granted because, without you, there is no blog.

We have not forgotten about the series on singles. It may have to wait until the start of the new year. But, we are hoping that singles who comment on this blog will submit their stories so we can spin them together into some topics.

Today's post is a continuation of yesterday's post which focused on a review by Denny Burk called When It Costs to Be Complementarian link. At the end of this post, I have a link to a video from The Music Man called "Trouble in River City." It brings home the point about how to foment a cause. Did Denny Burk unwittingly or willingly, with hubris, reveal what is behind the Calvinista agenda for the rest of us?

1. Burk alludes that there is a cost to be a complementarian.

There is always a cost when one goes against a company policy. If you work for Frito Lay, you are not supposed to be telling people that they shouldn't eat Fritos.  So, no big deal on the "cost." Every working slug in the world must go along with company policy, especially when it is spelled out in advance. If it wasn't then he has a lawsuit. My guess is that the real cost to this young man will not be great. He will now be a minor Calvinista celeb and will get a good job through SBTS. Think of the conferences, books, interviews and tweets…

However, to which complementarian definition is Burk referring?  There appears to be a vast range of divergent opinions on what it means to be complementarian. As we learned from Mary Kassian link , complementarianism has nothing to do with being a homemaker or a doctor, whatever. Others claim it means a woman staying at home, raising kids, homeschooling, and using plumbing line to whack their kids into godliness. Paige Patterson even implies that it means to stay at home and get physically abused.

2. Burk believes that he, along with those who subscribe to his exact flavor of comp restrictions, should be able to define their form of complementarianism for other Christians.

I call this the "eat your own" mandate. He states that

Throughout it's history Campus Crusade, and now CRU, has supported the complementarian point of view. The Brights even signed the infamous Danvers Statement. I have a friend who is a leader of  the organization in Orlando. I can speak to the fact that he, along with his wife, are complementarian, a fact that has yielded no end of interesting discussions between us. Oh yeah, we are still friends and he even thinks I am a Christian.

As we have discovered, complementarians have a broad range of views on the role of women in the church. Although all of them will restrict women in the pulpit, and almost all will not support female elders, there are those who would allow women to lead Bible studies. So, this mean, unless one follows Burk's definition, one is an egalitarian. That might even apply to Wayne Grudem, who, in his list of 83 functions, does allow for a woman to moderate a Bible study!

How does Burk let us know that he is the one in charge of the definitions. He says

Certainly Cru has the right to set their own policies. I hope their constituency knows that it excludes consistent complementarians.

What in the world is a "consistent" complementarian? Whatever Burk believes, perhaps?

At the very least, I think everyone should agree that parachurch orgs should never adopt ministry practices which would undermine the teaching and discipline of actual churches.

Do you think he might be referring to the local Assemblies of God church? What about Irving Bible Church which counts a woman amongst it pastors?  Nah-they ain't  "real" churches. I bet that the only "real" local church that might be concerned with doctrine being undermined is a Denny Burk approved Church of the Calvinista.

4. If the parachurch organization does not do it his way, he accuses them of actively undermining the church.

"Having said that, it is my view that parachurch organizations ought to be serving churches not undermining them. In other words, they ought to be conduits to help people be better church members and leaders. These orgs cease to be helpful when they undermine the very order that they propose to be “helping” and “coming alongside of.”( From the comment section)

If parachurch orgs care about real churches, they shouldn’t mislead people and set up these kinds of conflicts. They should obey scripture. that’s what true discipleship is.

Once again, I must point out that Burk appears to be implying that, if anyone disagrees with his definition of complementarianism, then they are being disobedient to Scripture!  Burk=Scripture.  Any church which agrees with Burk is a "real" church.  Which then brings up the obvious question. Is any church that doesn't do it "Burk's way" not a real church? Burk seems to be invading the Almighty's turf here, doesn't he?  I believe that he is setting up a disturbing paradigm that will lead to a serious conflict within evangelicalism which I will discuss in a minute.

Having said that, the idea that there is neutral ground on the gender issue is a fantasy. An org will either obey 1 Timothy 2:12 or they will not. CRU’s “neutral” policy allows women to teach and exercise authority over men. Most people can see that that is not a neutral position.

Once again, if one sees it Denny's way, then one is correctly interpreting Scripture. Good night!

7. Burk disagrees with Tm Keller's position beginning the process of "eating his own."

It’s a functionally egalitarian position, even though CRU doesn’t want to acknowledge it as such.

Deb and I have been saying this for years. After they get rid of all of us, they will then turn on each other. Keller has said that, although he is a complementarian, his marriage is functionally egalitarian. Once he is eliminated, I wonder who will be left to rule the real complementarian roost. Is Burk gunning for himself?

8. Burk believes that only the"official" church can baptize or give communion.

It is true that parachurch groups are not the church. They cannot baptize or administer the Lord’s supper.

Boy, oh boy, this is fraught with problems. TWW reviewed a book written by a called Son of Hamas by Mosad Hassan Yousef link. This young man grew up in a Islamic household committed to Hamas. He became a Christian convert and his story gained international attention. Poor guy. Looks like he doesn't live up to Burk's "biblical" standards of baptism. He was secretly baptized by a young woman who was instrumental in his conversion. Maybe Burk should set up a tribunal to determine who is, and who isn't, really baptized?

Burk believes that communion can only be given by designated "leaders" of a real church based on his obviously uber correct standards of what constitutes a real church. I have participated in wonderful communions led by small groups with which I have been involved. I have no trouble if Burk wishes to define who gets to do it in his church but it takes real hubris to insist on that standard for the rest of Christendom. Oh, I forget. He teaches at Southern. It reminds me of an old saying we used to have in Boston:

"In Boston, the home of baked beans and scrod;
The Cabots talk to the Lodges and the Lodges talk only to God."

9. A complementarian CRU staffer makes some good points in the comment section.

Could Calvinista groups be planning a coup d'etat ?

I believe that there will be a concerted effort to bring parachurch organizations "under the authority" of real churches. These real churches are those defined by Denny Burk and his Calvinista buddies. Perhaps they will use a system, not unlike The Gospel Coalition or Acts 29  in which a parachurch group will be loosely aligned with "correct" churches.

This is  a chilling scenario. The parachurch organization will be expected to bring its statement of beliefs and subsequent activities into alignment with those of their overseer. They might agree to push certain churches to their membership.

If parachurch groups refuse to play ball, then the local "real" churches will form an alliance and compete with their own brand of CRU that is a subsidiary of those exclusive entities.  Members of congregations would be encouraged to give money directly to the "real" church which endorses and pays for the activities. Sermons will be provided to "prove" that the parachurch groups are endorsing evil theology.

Paranoid? I do not think so. I have been reading comments throughout the blogosphere suggesting that churches stop supporting parachurch groups. When Mark Galli, the editor in chief of Christianity Today disagreed with Kevin De Young's analysis on the pursuit of holiness, this week,  there were some who called for people to drop their subscriptions to Christianity Today. Link You must always agree with them.

You see, with this crowd, there are no secondary issues. It's all primary and they are the ones who get to define primary. I predict that there will be people continuing to flee the church as increasingly hard lines are drawn between Calvinistas and all other Christians. Praise God that these men are not in political power.

Watch this video and note how the song describes how to marginalize a once acceptable activity. He is a Calvinista in waiting.