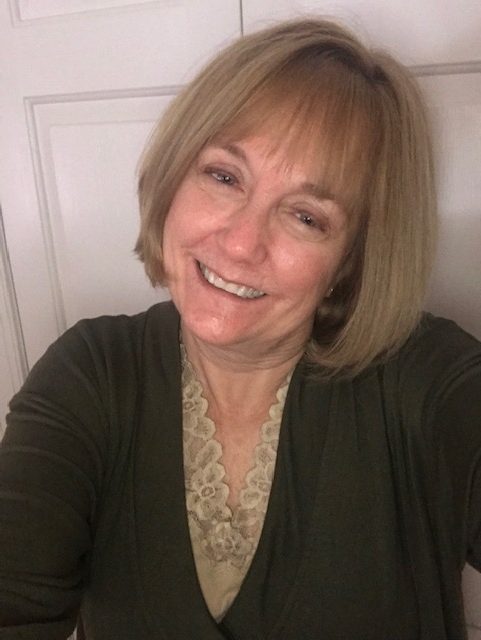 She grew up in Salem, Massachusetts and is the granddaughter of a Russian immigrant. Her family was nominally religious and she became a Christian at the age of 17 during an episode of Star Trek. (That’s another story.) She has lived in Rochester, N; Gallup, New Mexico and Dallas, Texas but is now a true, blue North Carolinian. She has been told the difference between a Yankee and a damn Yankee is the damn Yankee never leaves.

She holds a BSN from Russell Sage College and an MBA from the University of Rochester. She worked for 10 years as a public health nurse. She primarily spent time practicing in low-income areas and spent two glorious years as a public health nurse for the Navajo Tribe. She is also a trained hospice nurse. After obtaining her MBA she worked for Glaxo, a pharmaceutical company.

She stayed at home raising her three children and has been married to her husband, a Duke cardiologist, since 1980. She tutored children in low-income areas of Dallas and Raleigh and volunteered with the Office of International Affairs in Dallas. Her church activities have been numerous. She has led small groups, been the head of a women’s ministry and taught adult Sunday school with a particular interest in church history.

She support the work of Christian Medical Dental Association and the American Scientific Affiliation.

She has a particular interest in church history, how science and faith complement one another and systematic theology. She particularly likes to chat with atheists, Hindus, Mormons and anyone brave enough to ring her doorbell. She gets very testy when anyone insists on making secondary issues primary. She is a member of a conservative Lutheran church.

She is addicted to science fiction, mysteries, history, pug dog rescue, watching wild birds in her backyard and Masterpiece Theater. She loves to cook and travel and has visited over 45 national parks as well as Israel and Europe, and the Carribbean. She even took the Trans-Siberian Railroad from Moscow to Novosibirsk with her father.

She is currently working the Project Fight of the Salvation Army to bring medical and dental to care to victims of human trafficking in North Carolina.

She created EChurch which posts each week in order for people who have left the church to find a safe space in which to worship. I am particularly grateful to Wade Burleson of Emmanuel Enid whose church provides the sermons and counseling for those who listen in.

She continues to be in shock that anyone would read her blog but is grateful that articles about this blog in the media, such as the Washington Post, are helping to bring awareness of sexual abuse and domestic violence in the broader Protestant church ands forcing churches and denomination to begin to deal with their wretched history of core up and ignorance.

She is grateful for the many friendships formed though this blog and considers herself blessed that people would trust her to carry their satires in her heart and in a post.