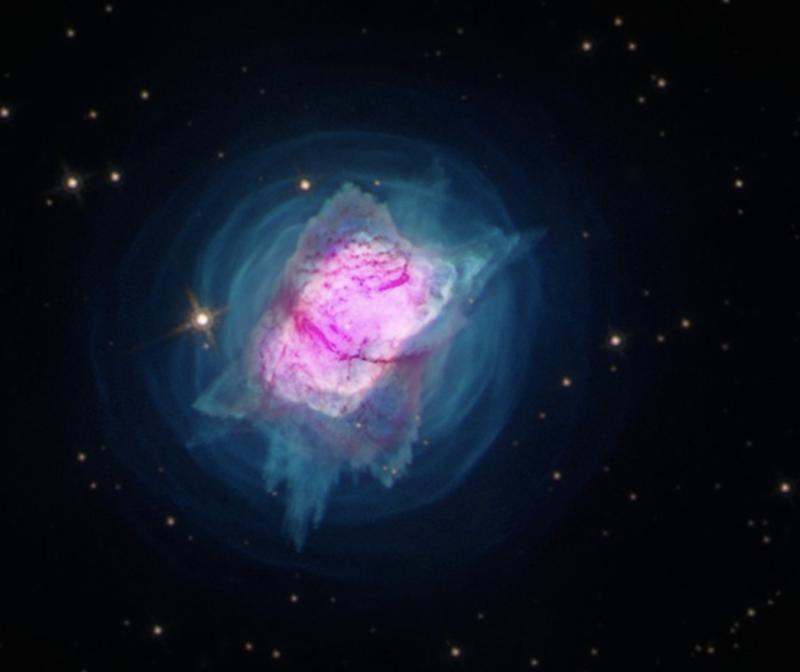 “Stupidity is infinitely more fascinating than intelligence. Intelligence has its limits while stupidity has none.” Claude Chabrol

Remember that politician who had restrictive mask mandates and was caught without his on in some fancy restaurant with some cutesy name like Francois’ Dry Cleaner? How many well-known people do you know who have been caught doing something naughty in public, seeming unable to comprehend that there would be someone like me who would be laughing my guts out and taking multiple pictures while the subject was unaware?

I have often laughed at pastors who say they will not go out to dinner, presumably in a restaurant, with a woman who isn’t their wife. I wonder what they think they will do in the middle of a restaurant with everyone watching? Who would be stupid enough to play kissy-kissy at the local Cracker Barrell?

Folks, we’ve found him! He is Pastor Tavner Smith leads Venue Church in Chattanooga, Tennessee. He gives new meaning to my motto: Play in public; pay in public.

Three days ago, I saw this posted on the Christian Post: Staffers quit Venue Church after confronting pastor with allegations of affair, misconduct

And there was someone like me, probably laughing their guts out and recording a video of the pastor and his paramour. I was so utterly miffed off by the pastor’s stupidity that I posted it on Twitter on Christmas Eve, breaking my vow to enjoy Christmas without checking social media.

Here is the proof of my broken vow. 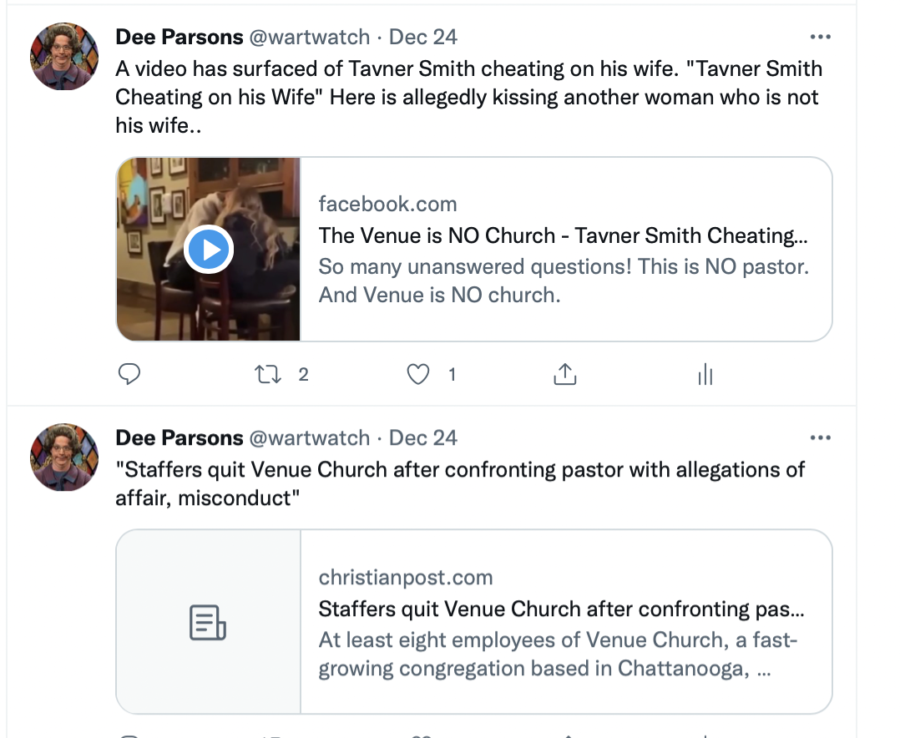 The infamous video will be posted momentarily, which is bound to live on in TWW lore. But let’s start at what led to this ignominious video of “Pastor” Tavner Smith.

According to the Christian Post, the pastor and the Mrs. have been on the outs since May, when divorce proceedings began. Why does that make me wonder if his wife caught him in other naughty behavior? I’m not saying there was (this for the lawyers involved), but I wonder as I wander out under the Christmas sky…

The Christian Post also says that eight Christian staffers have quit due to the kissy-kissy video.

Two former employees and four volunteers or members previously connected to the church told the newspaper that the eight employees quit after confronting the pastor about a rumored affair with a church employee.

Venue Church did not immediately respond when contacted by The Christian Post on Thursday morning. But a spokesperson for the church told the Times Free Press that no comment will be made until after the severance process for staff was finalized.

Well, it sure looks like they have their hands full finalizing that severance pay. I wonder if there are NDAs involved? Isn’t that how things are done in churches that are afraid of what their former employees will say?

On December 18, 2021, Colton Chandler Helton, a former employee, wrote an explosive entry onto Facebook. For example, he claims he was told not to report witnessed physical abuse. Here are a few more quotes, but read the whole thing.

I gave a man who had very very bad intentions the ability to make a mega church.

..The lead pastor always had a new car every few weeks. And the shopping trips would blow your mind. From exotic dogs to shoe and jersey collections.

…I witnessed the worship pastor slam his wife against a wall in the green room prior to going on stage. And on many of times verbal talk to her like a dog and scream “submit to me women”

…, I witnessed on many times if someone saw or said anything about the money, accountability or abuse they where ran off an everyone at the church was made to triangulate against the said person and attack them by calling their jobs friends ect making false statements in person and or on social media.

And then there is my favorite reason for Helton quitting…The need for alone time with women!

I witnessed on many times the lead pastor have “alone time” with females on the worship team and congregation.

Yahoo News reported on a post by the Chatanooga Free Post with some additional information in Staff members of Venue Church in Chattanooga quit over the conduct of megachurch pastor.

Smith would regularly post to social media pictures of himself in designer sneakers and clothes. Sunday services included light shows and congregants would provide a standing ovation when he came on stage. Along with the campus security team, a special team of armed bodyguards would follow Smith around.

…Helton said preaching at the church also shifted from more traditional Calvinism to prosperity gospel, the belief among some protestant Christians that material wealth is God’s will and can be increased by giving to the church. The church’s theological direction was another topic that could not be discussed or questioned, he said.

…Venue Church, which operates a social media presence with nearly 40,000 combined followers, is very concerned about its image and the narrative surrounding it, said Destiny Santos, who attended the church between 2015 and 2020 and served on the security team there for a year.

For example, during a weekend canvassing for the church, leadership in the operation asked Santos to let her curly hair down for a picture so the organization would appear more racially diverse. A photographer who worked for the church at the time confirmed the story but asked to remain anonymous.

In the “Shades of Mark Driscoll department:

“Anyone that spoke bad about him or the church went onto this watch list with code names and explanations as to why they’re not allowed,” Santos told the Times Free Press. “Some of them were simple things like, this person was persistent about wanting to talk directly to pastor or wanting to talk to somebody about XYZ what they think about the church. Or, this person said this bad thing about the church. So now none of these people are allowed here.

In the shades of Tullian Tchividjian department.

At the end of his sermon this past Sunday, Smith brought an hourglass to the stage. He told the audience God told him that too many people were focusing on the past — on the sand that had already fallen — instead of looking to the future.

“Most of us can’t get all the places God wants us to be because we’re wrapped up in the shame of where we already have been,” Smith said. “We don’t walk in freedom because we’re trapped in the past.”

Serious moment: I would not show this video if there was a clear picture of the woman involved. She is not named, and rightfully so. If she has attended the church, she is a victim of clergy abuse. Frankly, I think she should sue him.

And now, what you’ve all been frantically looking for, Tavner Smith’s “Play in public, pay in public” moment.