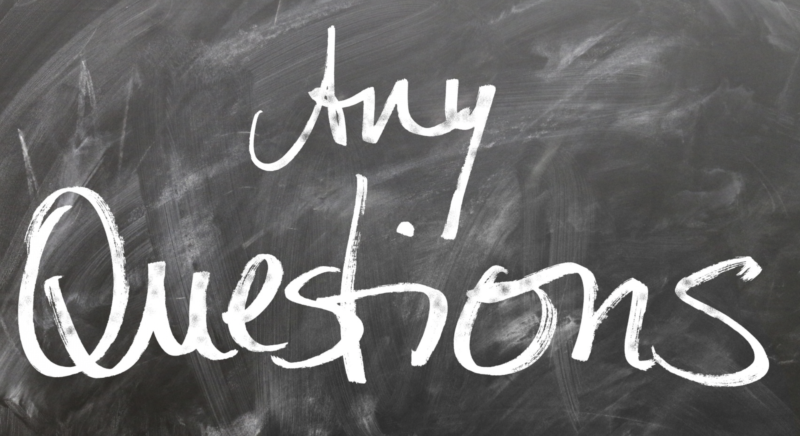 “If the problems you have this year are the same problems you had last year, then you are not a leader. You are rather a problem on your own that must be solved.” ― Israelmore Ayivor

Last night, Todd called me at 11 PM to let me know about Floyd’s resignation. Good night! Grab the popcorn and sit down for some thinking. Many of my questions revolve around the legalities of current actions. I have long believed that the Executive Committee was worse than useless in advocating for sex abuse victims. My own experience, in watching Jules Woodson get the thumb’s down on her request caused me to be the angriest I have been in a long time.I wrote about this in Steve Bradley (Stonebridge Church) Who Didn’t Report Jules Woodson’s Abuse and Refuses to Speak With Her, Was Commended By the Credentialing Committee For Exemplifying SBC Faith and Practices

The most abysmal line in this travesty of an investigation was the following statement.

It helped provide an understanding of what you experienced and continue to face as a result. We want you to know that we read and grieved over the information available to us including: your blog,

You see, Jules does not have a blog which means this committee lied. If they lied about this, what else did they lie about? I remember saying that about Ravi Zacharias in 2015 and you know how that turned out.

Needless to say, I do not hold the Executive and Credentials Committee in high regard. In fact, I am now conservative Lutheran, having left the SBC in my rearview mirror except for blogging. However, I still have some questions. Let’s take a look at some of the articles written about this resignation

Floyds claims his resignation was a direct result of the waiving of attorney-client privilege.

The executive committee, which handles convention business when the full SBC isn’t in session during its two-day annual meeting, met in recent weeks to vote on waiving attorney-client privilege for an investigation into the committee’s handling of sexual abuse claims.

Floyd sided with legal counsel who advised the executive committee against waiving privilege, though the committee ultimately voted to do so at an Oct. 5 meeting. Floyd said his resignation is a direct result of that.

A waiver of attorney-client privilege allows the investigator to review privileged legal memos and communications between committee officials and its now-former legal counsel.

The rest of the committee, some of the ones who are apparently sticking around, said they don’t trust what has been going on with Floyd and Greg Addison. What’s that all about?

The day before Floyd announced his resignation on Thursday, Wyatt and 24 other executive committee members called for a special meeting to discuss concerns about committee leadership in a letter sent to committee chairman Rolland Slade, according to a copy of the letter The Tennessean obtained.

(The) signatories told The Tennessean on Thursday afternoon that they were frustrated over, or at least had questions about, the guidance they received in recent weeks from Floyd and Greg Addison, the committee’s vice president. All 25 signatories voted to waive privilege.

“As a new trustee, I am not sure that I can completely trust everything that is going on within the executive leadership of the EC. A lot of what I have seen, at least on the major issue of our response to the sexual abuse allegations and investigation, have not seemed to be very proactive,” Wyatt said in his email Thursday afternoon about why he signed the letter.

Apparently, Floyd has been criticized on similar matters before.

Floyd has come under criticism about similar issues before. A Southern Baptist pastor published an audio clip in June of Floyd saying, “I’m not scared by anything the survivors would say… I’m thinking, the base. I just want to preserve the base,” referring to a conference that featured sexual abuse survivors speaking out about the issue in the convention.

Here are the audio clips dropped by Phillip Bethancourt in which the above highlighted comment, along with others, may be heard. I have posted on this in Part One: Phillip Bethancourt’s Whistleblower Document Which Deserves Its Own Page

Here is a link to the dropbox with the audio clips.

Here is the audio clip of Floyd discussing “preserving the base.

It looks like the EC will have some difficult days ahead as it reconvenes with fewer members.

Slade told The Tennessean in a phone call Thursday evening that he will still call a special meeting in 30 days as the 25 committee members requested. But the nature of the discussion might be different than earlier plans.

Ronnie Floyd’s doozy of a letter along with more problems with the SBC lawyers who decided to get out of Dodge.

The SBC EC’s longtime legal counsel, Guenther, Jordan and Price, withdrew from representing the board on Oct. 11.

In a letter sent to Floyd, the firm wrote, “Until now, a decision by the Board to waive attorney-client privilege was not reasonably foreseeable. However, going forward we can no longer assure Executive Committee and Convention personnel with whom we work that the privacy of their communications with their lawyers will be secure.”

The EC is not rushing in to replace Floyd which means things will move slooooowly.

…According to the SBC EC bylaws, a seven-member search committee will be formed to begin the search for a new president. Six of the members will be the existing trustees who receive the highest number of votes to serve on the committee. The seventh member will be the chairperson of the board who will act as an ex-officio member.

“We are not going to rush into anything. Going forward we have to make sure we’re fulfilling the bylaws

Baptist Press posted the full context of Floyd’s letter and it’s a doozy. The following are some things that I found to be interesting.

Ronnie states he is known for his personal integrity, reputation, and leadership-kind of a humblebrag.

In the midst of multiple challenges facing the SBC, I was asked to come here because of my proven personal integrity, reputation, and leadership. What was desired to be leveraged for the advancement of the Gospel by those who called me here, I will not jeopardize any longer because of serving in this role.

The waiving of attorney-client privilege causes the SBC to sail into uncharted waters.

As President and CEO of the SBC Executive Committee, I have fiduciary duties. The decisions made on Tuesday afternoon, October 5, in response to the 2021 Convention now place our missionary enterprise as Southern Baptists into uncertain, unknown, unprecedented and uncharted waters. (Ed:Followed by more humble extolling of his own virtues.)

Our commitment has always been to fulfill the desires of the messengers, but the deliberations were about“how to do this” in the most effective way. There was a way it could have been done that fulfilled these desires without creating these potential risks relating to the Convention’s liability.

some of our laypeople who are serving as our trustees had to submit their resignation because their profession will not permit them to serve any longer due to these risks that now exist.

Floyd is upset about the personal attacks against him.

One of the most grievous things for me personally has been the attacks on myself and the trustees as if we are people who only care about “the system.” Nothing could be further from the truth.

As the Treasurer of the SBC, it is a privilege to announce to you this week, that over $702.6 million dollars have been given this past fiscal year through our Total Cooperative Program Giving, Lottie Moon Christmas Offering for International Missions, and Annie Armstrong Easter Offering for North American Missions.

I found the ending of the post, prior to the posting of Floyd’s letter interesting.

Floyd was the longtime pastor of Cross Church, a congregation of about 9,000 based in Arkansas and is a former president of the Southern Baptist Convention.

A spokesperson for the Executive Committee said Floyd would not give interviews or comment about his resignation.

Some questions and thoughts.

And now, for the big ask, could someone please take on Jules Woodson’s petition to the Credentials Committee. How come her former senior pastor, from the time she was molested, refuses to speak with her. Is Steve Bradley too big of a fish to slap (vigorously)on the wrist or other body parts? How could any Christian pastor ignore a sex abuse victim hurt by one of his hired pastors? Bradley is one of the reasons why I believe that things will not change with the SBC. I hope they will prove me wrong.