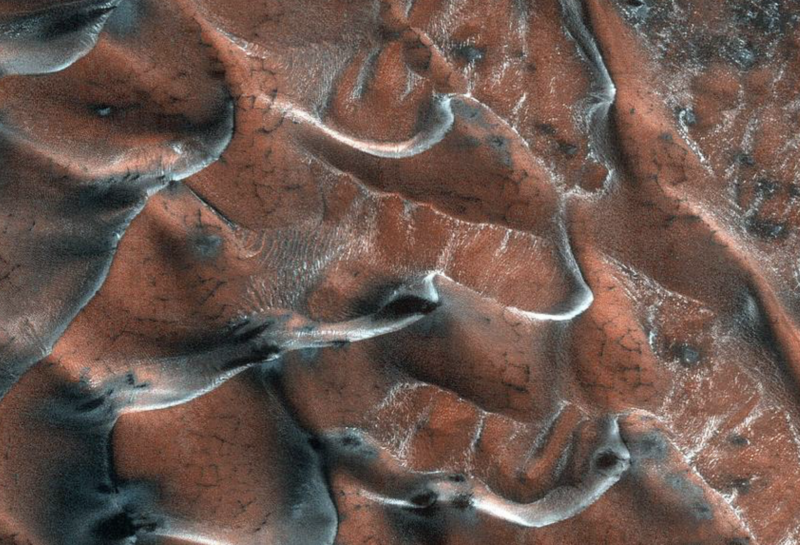 Well, the vaunted Guidepost Solutions report is in. They did exactly what they were paid to do. They claimed that Loritts made some mistakes but that he is good to go. Nothing to see here, folks, move along…but…there is much we don’t understand. Guidepost Solutions and Summit Church posted the entire report on the Summit website at this link. (Looks really slick.)

Here is the introduction.

Guideposts introduce us to their investigation of Loritts.

On February 4, 2010, an employee of the Fellowship Memphis church (“Fellowship”) in Memphis, Tennessee discovered a cellphone recording her while she used a bathroom at the church. When she examined the phone, the employee realized that it belonged to Rick Trotter, the Worship Director at Fellowship. The employee immediately notified Bryan Loritts, Lead Pastor of Fellowship, who was Trotter’s brother-in-law at the time. After discovering Trotter’s phone contained multiple voyeuristic videos recorded at Fellowship, Loritts fired Trotter. Trotter was never prosecuted for his misconduct at Fellowship by any law enforcement entity.

Another Memphis house of worship, Downtown Church (“Downtown”), later hired Trotter, even after Loritts disclosed the details of Trotter’s illicit actions at Fellowship to Downtown leadership. In May 2016, Downtown fired Trotter after he was seen recording a video up a woman’s skirt (an “upskirt” video) during a church service. Trotter later confessed to recording similar videos of other victims at Downtown; he subsequently pled guilty to four counts of misdemeanor voyeurism and was sentenced to a 60-day jail sentence.

In 2019, Loritts and leaders of The Summit Church (“Summit”) in Durham, North Carolina began to discuss the possibility of Loritts joining Summit. In connection with these discussions, Summit conducted due diligence, which initially focused on Loritts’s pastoral practices and leadership capabilities. After Loritts disclosed Trotter’s wrongdoing at Fellowship and his role in the church’s response, Summit expanded its due diligence review to include an examination of how Loritts handled this matter as a Fellowship leader. In addition to conducting its own interviews, Summit hired a law firm to investigate Loritts’s role in the Trotter matter and how he and Fellowship responded to that matter. Ultimately, based on its own interviews and the results of the law firm review, as well as background checks and information from Loritts’s personal references, Summit hired Loritts as its Executive Pastor of Teaching and Development in June 2020.

However, after speaking to a victim advocate and individuals who witnessed Fellowship’s handling of Trotter’s misconduct, Summit decided to obtain an independent evaluation of the information it had gathered during its due diligence process with respect to Loritts’s handling of Trotter’s abusive actions at Fellowship. In January 2021, Summit hired Guidepost Solutions, LLC (“Guidepost”) to conduct an independent assessment and to create a safe, confidential channel to allow any additional victims of Trotter to report their experiences.

Well, that a pretty good start but it all goes downhill from there.

JD Greear: Loritts is the man!

In an email to congregants on Friday, Summit further stated that the results of Guidepost’s two-month investigation “affirms our confidence in Bryan’s position here at the Summit . . .”

Didn’t Loritts say he reported his brother-in-law to the police?

According to Guidepost Solutions, they could not find any evidence Loritts reported the crimes of Trotter to the police. Back the Guidepost *Solutions* report.

Through formal Freedom of Information Act (“FOIA”) requests, we asked the Memphis Police Department (“MPD”) to provide all records in its possession relating to any contact with Fellowship in 2010. Our review of MPD records found nothing relating to the events of 2010 involving Trotter. The MPD also maintains records of phone calls in its Computer Aided Dispatch Systems (“CADS”). These phone calls are documented by the address from which the call is made. In our FOIA request, we asked the MPD for records of calls made from two Memphis addresses associated with Fellowship in 2010: 3340 Poplar Ave Suite #230 and 255 North Highland Street. Other entities shared the North Highland Street address with Fellowship; calls associated with any entity at that location would appear in the CADS system. Our review of the MPD records showed us that there were no CADS records of any calls from either address related to Fellowship during February 2010.

…Fellowship Pastor #3 thought that either the attorney or Fellowship Pastor #2 contacted the MPD and recalled the decision to call the police took place after the first elder meeting, two to three days after the phone was discovered. Again, we could find no records to corroborate any outreach to the MPD or DCS by any individual associated with Fellowship.

Uh oh!!! But, hey, don’t worry, all is well. He’s still a really awesome pick for pastor of the Summit.

Loritts could say anything to anybody because he was “following the advice of counsel” but doesn’t seem to know who he, she, or they are.

But Julie Roys leads me to say “Hey, wait a minute.”

Several months ago, Loritts claimed in a videotaped interview with the Biblical Recorder that he withheld information from his congregation about Trotter’s crimes because he was following the advice of counsel.

Back to Guidepost Solutions:

Fellowship Pastor #3 believed the elders consulted with an attorney who was a member of Fellowship at the time. No one we spoke to, including Loritts, could provide the name of the attorney, or even identify the law firm that was consulted or provided advice to Fellowship. One individual who we interviewed about Trotter’s wrongdoing at Fellowship and the church’s response to it (“Individual #1”) thought, but could not confirm,that the attorney who provided counsel to Fellowship may have been a close friend of one of the elders and a high-profile attorney in Memphis.

At this point in GUidposts report, lots of discussions ensue about advice by an attorney(s) whose name(s) no one seems to recall. At this point, Dee commenced to banging her head on the kitchen table, upsetting Tulip, the pug. This is just plain ridiculous. Some attorney(s) gave all this advice but not one person can provide a name? This is unbelievable to me and makes me believe that Loritts and friends are not telling the truth.

According to Loritts, in one meeting with elders, legal counsel provided guidance on how Fellowship could inform the church body about Trotter’s firing. Loritts said Fellowship’s counsel instructed the church not to disclose the specifics of Trotter’s termination to the congregation.

You have got to read the *Response of Fellowship Elders* section. It reads like the famous Abbot and Costello *Who’s on First” skit.

Out of the possibility of dozens of victims of Trotter, only three came forward, one of whom was Loritts’ sister!

Guideposts could only talk with three victims. That’s with one of them being the sister of Loritts who would most likely stand by her brother!

Another issue with the investigation is that only three victims of Trotter’s abuse spoke to Guidepost. (There reportedly are dozens of victims, several of whom were children at the time Trotter recorded them.)

Guideposts offered this little interaction which makes me feel worse than if they hadn’t mentioned it.

Victim #3 told us she was “certain” that Loritts advised her she could press charges; he added that he would if it were him. Indeed, Victim #3 used the word “certain” more than once when describing her recollection of what Loritts told her. We were struck by the strength of this recollection because she admitted her memory of other details of these events was “foggy.”

Just in case you are interested, Victim 2, aka Loritt’s sister,r provided this nice letter to GUideposts supporting her brother.

In addition to his loving care and support, Bryan also offered me the option to prosecute. It was solely my choice to not press charges. I was not coerced nor persuaded to not press charges and anyone who indicated otherwise is a liar. The trauma I personally experienced and that my family has endured at the hands of this person is incomprehensible and I am deeply offended that my brother’s and family’s integrity is being questioned in this manner.

So essentially, what Guidepost found was that everyone with a vested interest—Loritts, Pastors #1, #2, #3, and Victim #2—support Lorritts’ narrative. (So does Victim #3, but given her “fuzzy” recollection, her testimony is unreliable.)

Guideposts reported that Victim #1 said that Loritts told her that Trotter’s phone was destroyed.

Two of the individuals who we interviewed, Victim #1 and Individual #1, were critical of Loritts, and relayed to us one-on-one conversations that they had with Loritts – conversations that Loritts could not recall at all (with respect to Victim #1) or recalled differently (with respect to Individual #1). They contend that Loritts’s response to Trotter’s misconduct was inappropriate. However, they did not provide any specific evidence to us or to Summit that would prove that Loritts engaged in any sort of cover-up. Victim #1 told us that Loritts told her that Trotter’s phone had been destroyed, but she did not state that Loritts himself had destroyed the phone or advised someone else to destroy it.

In our view, based on our investigation here and our experience, Summit’s efforts are commensurate if not more rigorous with the vetting processes commonly undertaken by many religious organizations for jobs of this organizational leadership level.

Religion News reported Guidepost report: Bryan Loritts mishandled abuse allegations at former church but did not cover them up

Rachel Denhollander praised the Guidepost report to the Houston Chronicle.

Don’t forget. She recommended Guideposts to the Summit. I would like to know why she didn’t recommend G.R.A.C.E.

According to Julie Roys:

“Summit’s decision to pursue an independent review of this situation was a healthy and needed step,” Denhollander told the Houston Chronicle. “The framework of bringing in a skilled, credible firm, fully waiving privilege and providing avenues for anonymous and confidential reporting is critical in making it possible to obtain all the information.”

Where am I at? I think this whole thing smells and I am left with a whole bunch of questions.

As for Summit, the leaders have demonstrated their inability to find an excellent hire. There are plenty of men who would have jumped at the chance for this position. These would be men from all conceivable backgrounds and talents. The Summit chose mediocrity and a propensity for prevaricating over straight-talk and humility. I suggest that they all get a copy of A Church Called Tov: Forming a Goodness Culture That Resists Abuses of Power and Promotes Healing. They all could use it.

PS Whatever happened to that old saying “Be above reproach?”