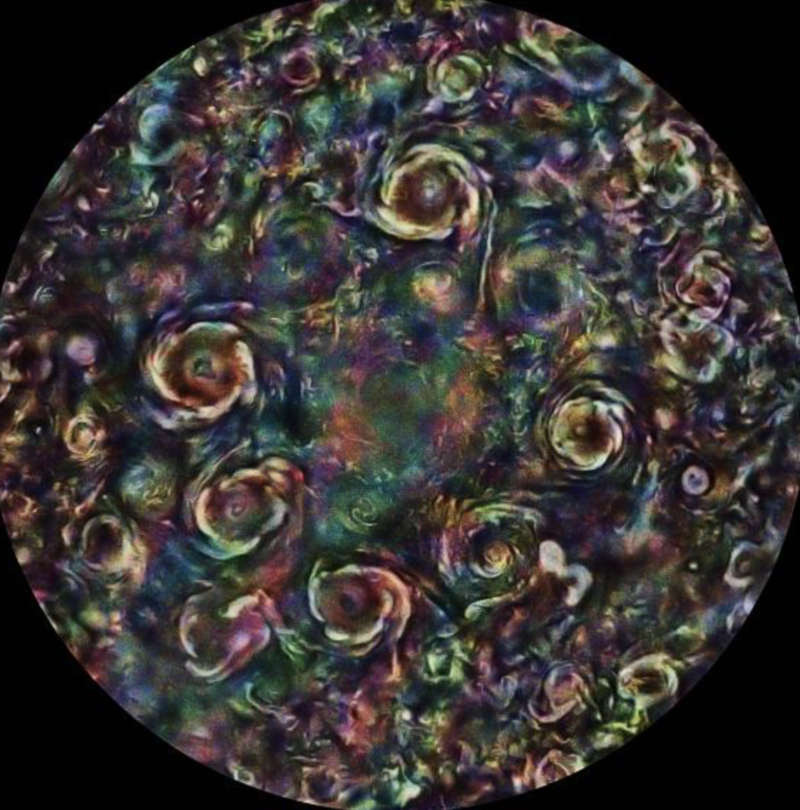 “We should always be disposed to believe that that which appears white is really black if the hierarchy of the Church so decides.” Saint Ignatius

My mom will probably come home tomorrow. She will need lots of help but she shall live to discuss her political beliefs another day, willingly drinking warm ginger ale. Thank you for your kindness and prayers. The following is the post I was working on when she had to be rushed to the hospital. One really nice thing happened. I found out my best friend in high school reads this blog and she contacted me while I was in the ER. I look forward to connecting with her!

After years of being told *I just don’t understand* when it comes to the oft-described *autonomy* of each SBC church, I’m gratified to see some others questioning the standard answer…”We can’t tell individual churches what to do. There is no hierarchy.” It appears that the ERLC a member of the SBC hierarchy (think Russell Moore) has gotten itself into a bit of a pickle.

I don’t want to rehash the quickly broken promises of the JD Greear. Southern Baptist Convention President J.D. Greear: Combating sexual abuse not a distraction but gospel issue. Caring Well was a one and done. Having spoken with a group of pastors in the SBC, I came to the conclusion that nothing was going to change. The promise that the Credential Committee would be willing to unseat messengers from churches that covered up sex abuse was a joke from the start. There was a dirty little secret that Greear and bros didn’t mention. If the SBC actually did something, they would give fodder to the lawyers and victims. That fodder? Maybe, just maybe, the SBC functions as a hierarchy after all. Could the SBC be held liable for abuse in the member churches?

Here is your prime example that the SBC won’t punish any member church for covering up sex abuse. Steve Bradley (Stonebridge Church) Who Didn’t Report Jules Woodson’s Abuse and Refuses to Speak With Her, Was Commended By the Credentialing Committee For Exemplifying SBC Faith and Practices

Jules’ abuse was admitted by her abuser. Steve Bradley, the lead pastor, didn’t report it. He refuses to speak with Jules. This is a slam dunk for the Credentials Committee. Yet after a year, they claimed that Bradley and the church do things in keeping with the Baptist Faith and Message so Jules needs to go away. They believe that pastors who don’t report abuse are good little Baptists. Greear is nowhere to be found. He’s got more important things to do than worry about sex abuse. The CC even lied in their letter to Jules, claiming they read her blog. She doesn’t have a blog.

In the meantime, CJ Mahaney’s Sovereign Grace Louisville is still a member of the SBC in spite of Mohler’s *I believe there was a problem.* In fact, no church has been given the ridiculously mild *You can’t send messengers* to our vaunted SBC annual meeting. Not one!!!

So what’s the problem?

I had a feeling something was up when I read Jules’ letter from the CC. Are they really that stupid? Or are they scared about something? Downen and Tedesco give us some answers in Southern Baptist Convention claims no control over local churches. But new rules, lawsuit may test that argument

Years ago, I had an Anglican pastor tell me I should have brought the problems of sex abuse in my former church to the SBC hierarchy. I think he thought I was lying when I said there was no hierarchy and no one to whom I could appeal. In fact, JD Greear, crying crocodile tears for the victims of sexual abuse, already knew the SBC could be in serious trouble over this issue. Did you know that last year the SBC received $11.6 billion in donations? And, as we know, it’s usually all about the $$$$$$.

A day before the Southern Baptist Convention adopted reforms in response to an ongoing sexual abuse crisis, a Baptist leader (Joe Knott a well connected NC lawyer and Baptist bigwig) warned the measures might make it easier for abuse victims to sue the organization — and gain access to the hundreds of millions of dollars it collects every year.

You see, even the credentialing thing (saying that the churches are in keeping with the Baptist Faith and message and eligible to send messengers to the annual meeting) could be a problem.

“I don’t see how in the world we’re supposed to know how 50,000 churches are acting,” Knott said. “But if we’re telling the public, ‘We do know, we’ve given them credentials,’ that seems to be a big problem potentially.”

Knott is correct. The SBC doesn’t control everyone but they can control what they want (in my opinion.) For example, they would not allow a church that had a homosexual pastor to be a member. When I have brought this up, I’m told some variation of “It’s against the SBC standards* except that wasn’t my point. I was attempting to show that the SBC does control the actions of its member churches.

For decades, Southern Baptist lawyers have argued the convention has no oversight over any of the churches that voluntarily cooperate with one another, but do not answer to an authority figure such as a pope. They maintain the SBC cannot be held liable in lawsuits filed against any of the 47,000 churches that make up the nation’s second-largest faith group.

I kept being told that the courts would never hold them responsible. Yet, that made no sense to me. What I didn’t know is that this so-called autonomy has not been tested in court Uh oh!

August “Augie” Boto, a longtime leader and general counsel for the SBC’s executive committee, said the SBC has yet to be named in an abuse lawsuit that reached the appellate courts.

That means that there’s no legal precedent for the argument that the SBC has routinely claimed — that church autonomy protects the SBC from litigation, Boto said.

In fact, that challenge is happening now.

Those findings are now at the heart of a Virginia lawsuit that claims negligence by local, state and national Baptist leaders. The suit’s plaintiffs say eight boys were molested or raped by youth minister Jeffrey Dale Clark, who was later convicted of criminal charges.

The victims sued Clark’s church and other parties. Then, in a rare move, they added the SBC as a defendant.

I wrote about this lawsuit in January 2020. Prediction: SBC Entities Will Be Sued Because the *Doctrine* of Autonomy of Churches Is Not Easily Understood or Accepted and Will Be Challenged In the post I quoted Boz Tchividjian who appeared to agree with me.

In Friday’s TWW post, lawyer Boz Tchividjian appeared to disagree that the SBC churches function autonomously. Boz called out the supposed autonomy of the SBC polity.
You will recognize what he said about this since many on TWW have said the same thing. He said a system that claims to have little or no authority over local churches would somehow find that authority if a church hired a woman or a gay person as pastor.

And the heat is getting ramped up. The Florida Baptist Convention had a multi-million settlement over a sex abuse situation.

While the SBC has avoided any legal liabilities in sexual abuse lawsuits, a recent case in Florida involving a convicted child molester resulted in a multi-million dollar settlement in 2014 against the Florida Baptist Convention, a state organization of Southern Baptists.

That lawsuit argued that Florida Baptist leaders failed to fully check the background of Doug Myers, who had been accused of misconduct in Maryland and Alabama in the years before he began abusing a child at a church he had established on behalf of Florida Southern Baptist groups.

The ERLC messed up in an amicus brief by using the word *hierarchy” and I predict there is trouble ahead for the SBC.

And the SBC got to work denying there is a hierarchy. The Christian Index posted an opinion piece to make sure no one in their right minds would think there was a hierarchy. There is absolutely no SBC hierarchy So why are they so worried? Randy Davis of the Tennessee Baptist Mission Board explains.

I emphasize this point because of a recent amicus brief signed and submitted by the SBC Ethics and Religious Liberty Commission (ERLC) related to the legal case of Will McRaney v. NAMB. An amicus brief is a “friend of the court” statement submitted by a party or an organization interested in the argument of a case in which that party or organization – in this case the ERLC – is not one of the litigants. In the amicus brief, the ERLC included language, namely the use of “hierarchy,” that misstates and misrepresents the historic non-connectionism, autonomous polity of Baptists, and incorrectly describes the hierarchal relationship between SBC entities and churches. It’s only one word, but destructive to our understanding of how we relate to one another and has significant future legal implications.

Most of the rest of this post is what appears to me to be a frantic denial that there is any sort of hierarchy in the SBC.

Your churches (SBC) send messengers to our conventions, SBC, and TBC. Those messengers elect trustees for SBC and TBC entities. Those trustees represent the interests of churches in relation to those institutions, guiding those institutions to act in accordance with the collective wishes of churches. Churches do not act in accordance with the wishes of institutions. That is why board trustee engagement in the policies and procedures of all our entities is so vitally important. It is not an honorary appointment that garners a participation certificate. Trusteeship is a legal responsibility of serious importance.

We even codify this structure in Article IV of the SBC Constitution to prevent a denominational hierarchy: “While independent and sovereign in its own sphere, the Convention does not claim and will never attempt to exercise any authority over any other Baptist body, whether church, auxiliary organization, associations, or conventions.”

If we allow drift from this benchmark polity, the damage will be extremely significant and invite grave consequences.

Those consequences? It has to be the Benjamins.

And he knows that the amicus brief which uses the word hierarchy by the ERLC is an egregious error that must be corrected.

By egregious he means super-dee-duper crazy bad and that the ERLC better do something quick. He’s right.

The truth has been unveiled and I believe that the SBC may lose on this one.

I have had this autonomy thing explained to me over and over again by SBC people that I truly respect. Call me thickheaded (and they will.) However, if I still don’t get this autonomy thing, there are many others out there who will not. Some of those people will be sitting judges and, possibly, sitting juries instead of a dull-witted blogger.