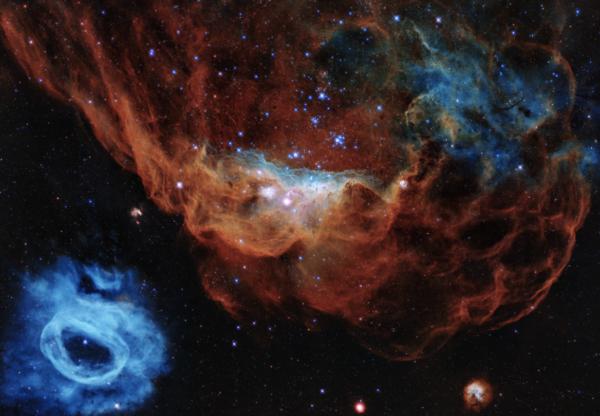 It is almost always the cover-up rather than the event that causes trouble.- Howard Baker

Moody Bible Institute is described in Wikipedia as:

is a fundamentalist Christian[2][3] institution of higher education with its main campus in Chicago, Illinois. It was founded by evangelist and businessman Dwight Lyman Moody in 1886. Since its founding, MBI’s main campus has been located on the Near North Side of Chicago. Moody also operates a graduate campus in Plymouth, Michigan.

In speaking with those who have attended this institution, I do not believe they would characterize it as a fundamentalist institution on the order of the IFB.

Moody Bible Institue describes itself as:

Moody Bible Institute has been preparing students for ministry since 1886, with a combination of biblical knowledge and practical training. With an undergraduate biblical studies campus in Chicago and an undergraduate aviation campus in Spokane, Washington; seminary campuses in Chicago and Plymouth, Michigan; and Distance Learning options, Moody Bible Institute has long been considered the gold standard of Bible-based education.

It also has a media ministry that incorporates Moody Radio and Moody Publishers. According to the website, the educational institution incorporates:

Approximately 3,300 students in the undergraduate and graduate programs.
Approximately 65 countries are represented in the student body.

Here is the petition from the website. Apparently, students and alumni that claim instances of discrimination, stalking, sexual, and rape. This was allegedly exacerbated by Dean Ahrens who appeared unwilling to address these concerns. Here is a link to Dean Tim Ahrens who is the Vice President and Dean of Student Life.

There are further allegations of disciplinary actions being taken against abuse survivors.

As of 9:00 a.m. Monday, the number of signatures on the petition exceeded 2,200. In a recent comment, John Cherne, who says he worked for MBI Residential Life as an RA from 2010-2014, writes: “I . . . was very disappointed by the sin and mismanagement of the department. Moody cannot remain and permit these reports to go unaddressed. The protection and safety of students are essential for a learning community.”

As Students, Alumni, and parents of Moody Bible Institute, we write to you hoping to be received with an open heart to the issues we bring before you, issues we feel have gotten in the way of Moody’s goal to educate students to think biblically, live Christianly, and serve the Church effectively. When you began your tenure as President, you stated you hoped people would be able to find not just a degree, but a calling on the campuses and within the community of Moody Bible Institute. We share that desire—some of us found our callings here, some of us seek it on campus as we speak, some of us watched our children grow into men and women of God during their time at Moody. While many of us have found God and His calling on our lives within the walls of Moody, some of us have also faced harm. Harm that includes instances of stalking, discrimination, sexual assault, and rape. These harms were made worse when members of our community in positions of authority, specifically Dean Arens, seem to have an inability or unwillingness to act to address them. While we have no desire to malign individuals out of spite, we feel it must be addressed that a few individuals who have been tasked with protection of Moody students have failed.

In our conversations with our classmates, we were deeply saddened to hear common themes of dismissal, cover up, and even disciplinary action being taken against survivors of abuse, after they risked so much to come forward. It is essential that Moody students are able to trust the leaders of this campus with their safety, and sadly for some, that has not been the case with Dean Arens, despite his capacity and responsibility to keep all students safe. Additionally, other people with responsibilities to students both legal and moral, failed to ensure the safety of students, at times instead seeking discipline survivors. The stories we gathered from survivors brave enough to come forward and share their stories, which can be found explained in detail here.

We are coming forward with this letter, not out of bitterness or spite, but because we hope to find real solutions to our communal problems. We hope your heart is soft enough to hear and consider the trauma and pain we have endured. We hope we can move forward together.

As relational beings created in the imago dei, our personhood and relationships are reflective of the way in which God relates to Himself. The triune relationality of God offers a framework for how God’s creation is to relate to each other.

Moody Bible Institute must do all in its power to defend their fellow image-bearers. We must stand together and value each other’s dignity and thus respect our creator. God is the creator of possibility. But if the possibility we are creating amongst each other is one of pain and abuse, we are not acting in accordance with the very nature of our God.

We feel that the steps outlined below will help our community address the harms that have been caused, which will then lead to healing.  These steps will also ensure that we come out a stronger community, one where reconciliation is possible because responsibility is taken when harm is caused, and justice is served when necessary. We are calling on you, President Jobe, to hold the leaders of this campus to a higher standard, and to take steps to rebuild trust with the students, alumni, and parents.

We are clear that some of what we are asking you to do goes beyond what is required by law. However, we feel these are the steps necessary to rebuild trust that has been broken, foster forgiveness and reconciliation, and move us forward to a Moody Bible Institute that is a safe place for all students to pursue God’s calling on their lives.

We are calling on you to:

1.      Create a process for Student and Alumni voices to be considered in the naming of a new Dean of Students to replace Dean Arens.

3.      Remove any Title IX decision makers who also have disciplinary powers (as Title IX requires), and replace them with impartial members of our community who can evaluate Title IX claims without considering potential disciplinary measures for the reporter.

4.      Annually publish Title IX complaints made, with identifying details redacted, in a way accessible to Moody students, Alumni, and parents.

We believe these steps will help restore trust and put systems in place to ensure accountability and safety moving forward. We are open to meeting with you as well to discuss how we move forward together.

*Current students and Alumni, please put your years attended/graduated in the comments section of your signature

**If you are a survivor with a story to share please reach out to us at MBISurvivors@gmail.com. Stories will be kept anonymous upon request.

To add some teeth to these allegations, MBI Survivors has included the stories of abuse at this link. I am including one here.

My first semester sophomore year I met a male student in my philosophy class. He quickly became interested in having a relationship and I immediately had a conversation with him addressing the fact that he was becoming obsessed with me and he agreed and apologized. After a couple other conversations stating boundaries, he began finding out where I was at all times of the day by asking mutual friends and would show up to where I was. I became so anxious about the situation that towards the last few weeks of classes, I missed two whole classes of philosophy because I was having panic attacks thinking about going to class and being in an environment with someone that was stalking me, and I ended up having to switch to an entirely different section of the course. The stalking continued for two months and I felt entirely unsafe to leave me room, except for going to classes in order to keep my GPA up. I finally told my brother a little about what was happening to me when he came to visit and was alarmed by my drastic weight loss. We went to talk to Mr. Stoffer (head of Public Safety), but he was not in his office, but we left a note stating what had been happening. After seeking advice from my brother and a family friend, I decided to go to Dean Arens about the situation.

When I met with Dean Arens, I brought all of the evidence I had with me. Our meeting was brief and when I offered to show Dean Arens the evidence, he said that it was not necessary. Dean Arens lacked any empathy about the situation and merely asked me what I wanted him to do about it. I told him that I was unsure of how protocol was handled in these situations and that was the reason why I was coming to him for help. I mentioned that I did not want said student to be kicked out of school for stalking me and Dean Arens laughed and said, “He will definitely not get kicked out.” Dean Arens never once mentioned that I could file a report through Title IX (as required by law) or that there was a definition within Title IX that fit my situation. Instead, he told me that my situation could not be considered stalking because I was not in any physical harm and that this student surely would not be able to harm me. I began to cry because I felt like this was not enough and I told Dean Arens that I was unsure of what this student was capable of, especially because I believed that this student might have had an undiagnosed mental health issue. Dean Arens began to laugh and said “Women tend to get over emotional about things like this.” As we ended the meeting, I began to feel embarrassed and once again asked Dean Arens what he thought I should do in regards to the situation. He then suggested that I have my boyfriend tell the student that was stalking me to “back off a bit.” He offered no other solution and said he had another appointment coming up, so he asked me to leave.

Dean Arens never followed up with me, I never was given any resources for my emotional strain nor did he ever show any interest in an update in the situation. A few months later, my father set up a meeting with Dean Arens about the situation and Dean lied by denying ever formally meeting with me. He told my father that I had “caught him in the hall and mentioned it briefly, but did not want to file any sort of Title IX claim, so he let it go.”

If these allegations are true, and I believe they are, I believe that Moody Bible has a long way to go in order to change up their culture. I am concerned that they are running years behind the culture which increasingly understands sex abuse and cover-up.