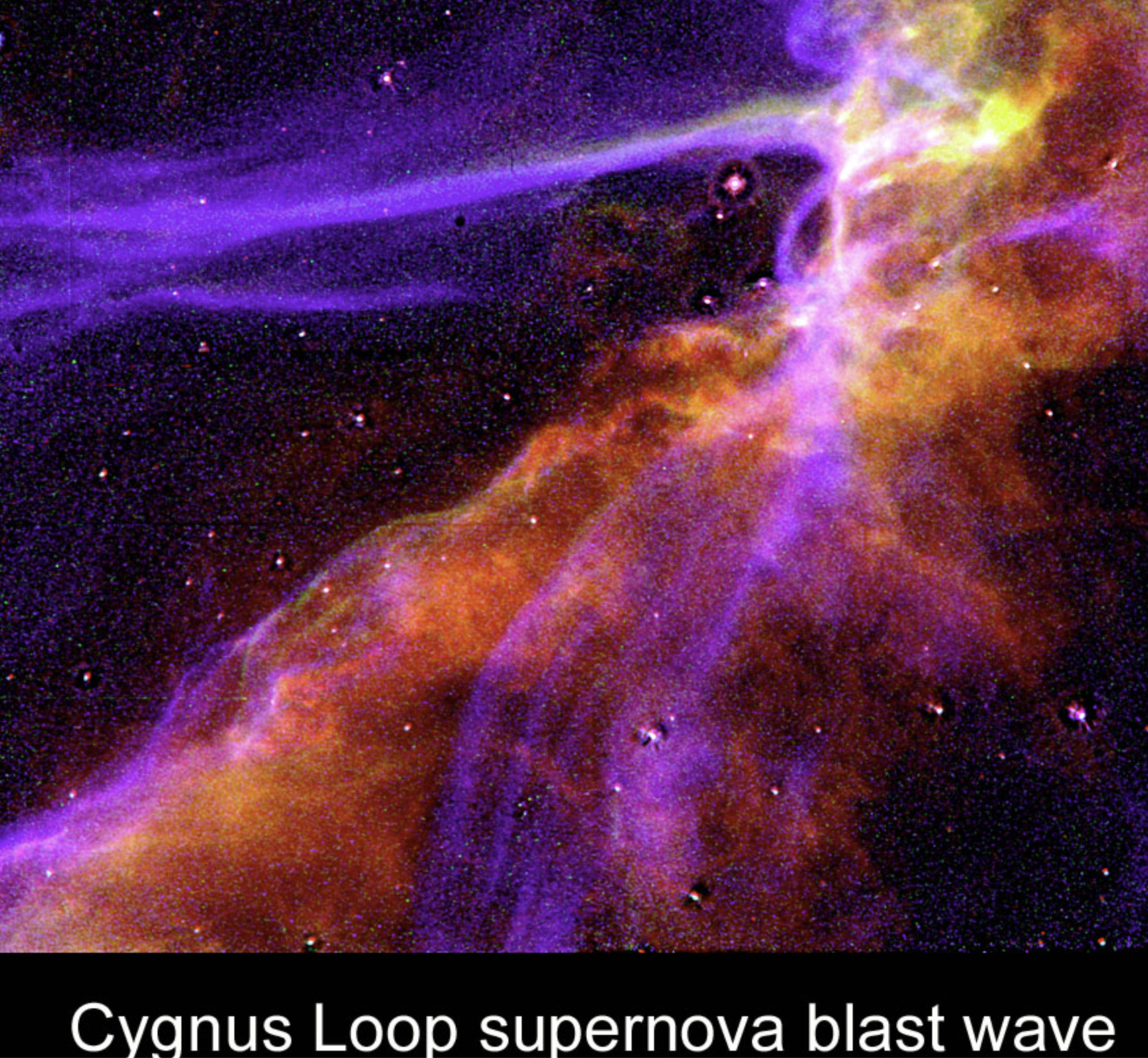 I am currently on vacation with some of my family. So my posts may be shorter during this time. However, I have some really important posts coming that involve FBC Jacksonville and sexual harassment at Cedarville University.

The most interesting thing about this post is the reasoning of Jim Bakker’s attorney, Jay Nixon, a former Missouri Attorney General. Did you know that Bakker is helping us get our bodies ready for the end times?

Jim Bakker promoted a false cure for the coronavirus and is being sued by the State of Missouri.

Televangelist Jim Bakker held up a blue and silver bottle, gazing intently at the label, as he questioned the woman sitting next to him.

“This influenza that is now circling the globe,” Bakker said on the Feb. 12 broadcast of The Jim Bakker Show,”you’re saying that Silver Solution would be effective.”

His guest, the so-called “natural health expert” Sherrill Sellman, falsely implied that the liquid would likely be effective.

…Silver Solution “has been proven by the government that it has the ability to kill every pathogen it has ever been tested on, including SARS and HIV,” Sellman continued. Four 4-ounce bottles could be yours, a message on the screen said, for just $80.

Selling a fake “treatment” for the COVID-19 disease violates state and federal law. 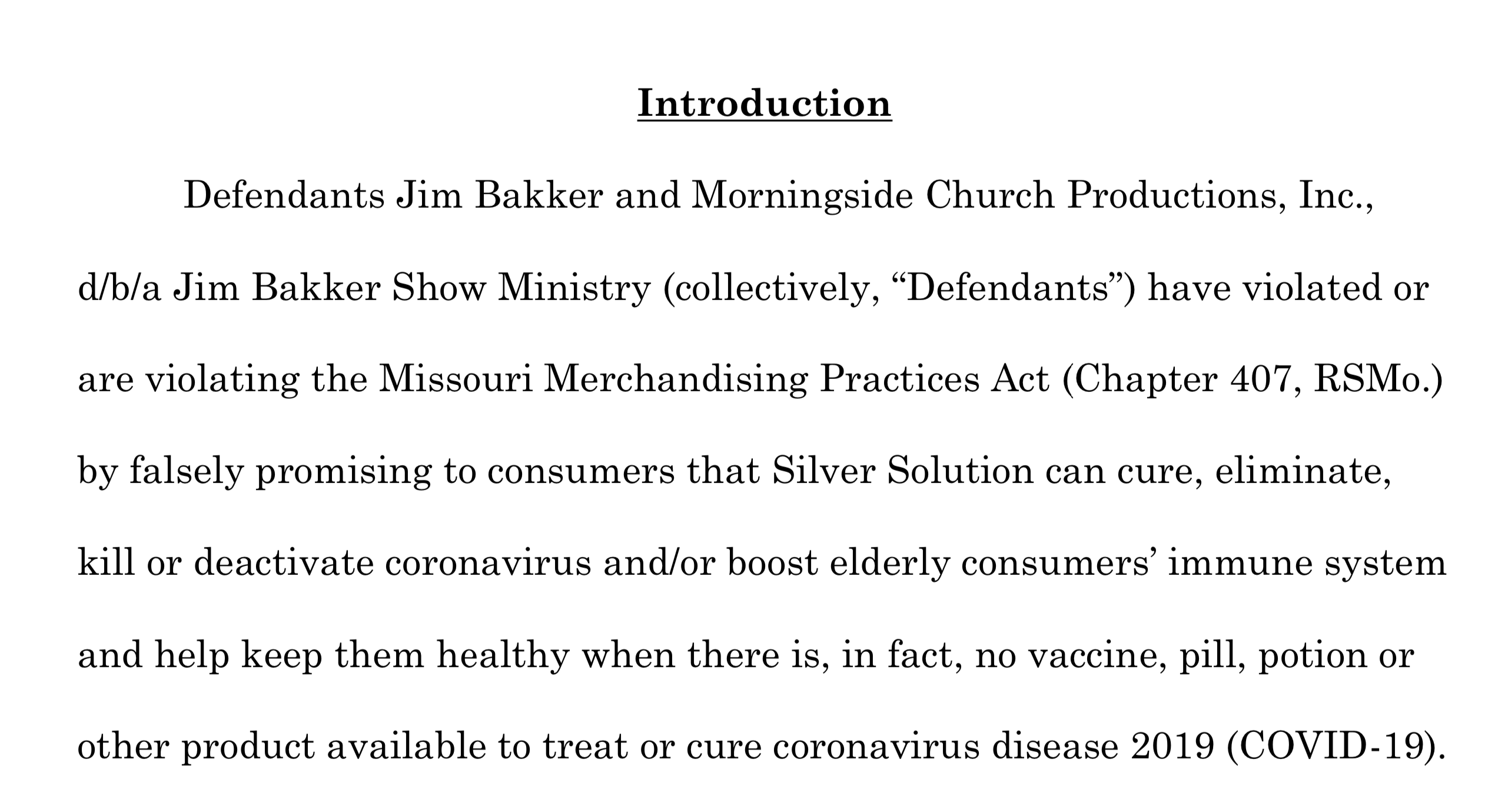 The suit goes on to allege:

In a February 12, 2020, Jim Bakker Show #3861, Bakker has the following exchange with Sherill Sellman, referred to as a “naturopathic doctor” and “natural health expert”:

“Bakker: This influenza that is now circling the globe, you’re saying that silver solution would be effective.

Sellman: Totally eliminate it, kills it. Deactivates it.

Sellman: And it boosts your immune system so then you can support the recovery, ‘cause when you kill the virus then the immune system comes into action to clear it out, so you want a vibrant immune system as well as an ability to deactivate these viruses.

Sellman: Silver Sol has been proven by the government that it has the ability to kill every pathogen it has ever been tested on including SARS and HIV.

Bakker then offers Silver Sol products for viewers should they offer donations to the show at levels such as $80 or $125.

A former Missouri Attorney General claims that Bakker is not a villain but a victim who is only helping us get our bodies ready for the end times!

St Louis Public Radio posted Jim Bakker Is Not A Coronavirus Villain, Former Governor Says which just goes to show that money appears to speak. Pay attention to his reasoning. .

But a former Missouri attorney general says Bakker is the real victim.

Now a partner at the St. Louis law firm Dowd Bennett, Jay Nixon is the state’s former governor, as well as its attorney general from 1993 to 2009. He is now representing Bakker in the lawsuit.

On St. Louis on the Air Friday, Nixon explained that Bakker has a First Amendment right to urge viewers of “The Jim Bakker Show” to get their bodies ready for the end times, even if the methods of doing so might not hold up to secular scrutiny.

According to Nixon, selling this stuff is Bakker’s right as a religious person.

That means, Nixon said, the government has to tread carefully in curtailing his actions. In a motion to dismiss filed on Monday, he argues that the state’s request for an injunction violates Bakker’s right to practice his religion. If Bakker’s “sincerely held religious belief” holds that Silver Solution was “made available to this generation by God to prepare for … end times,” Nixon writes, the government can’t seek to silence him.

…Nixon acknowledged that his client’s history has done him no favors in the court of public opinion.

“We all recognize that Jim Bakker has made some significant mistakes, and he’s paid for those mistakes,” he said. “But to me, I just believe that everyone, regardless of their background, deserves to be treated equally and fairly by the law.”

In the midst of the lawsuit, Bakker has suffered a stroke but is still having *God-sightings.*

According to there New York Post Televangelist Jim Bakker suffers stroke during coronavirus legal battles. According to his wife Lori, Bakker has been working so hard to bring you prophets and guest that he has suffered a stroke. Here is a link to the Facebook page post.

However, don’t worry, Bakker is apparently having God-sightings and dreams that he will present to us soon.Get your wallets ready, folks.

In her announcement, Lori seemed to acknowledge the lawsuit by writing: “As a family and staff, we continue to fight the good fight of faith and take a stand against the evil forces and hatred that has come against our ministry. In Jim’s words, this has been the most vicious attack that he has ever experienced.”

While Bakker rested, Lori claims he had a God-sighting noting: “He is still dreaming and hearing from the Lord, and he already has a powerful word to deliver when he returns to the air.”

You may find the comments on Facebook indicative of the old saw by Mark Twain.

It is better to keep your mouth closed and let people think you are a fool than to open it and remove all doubt.