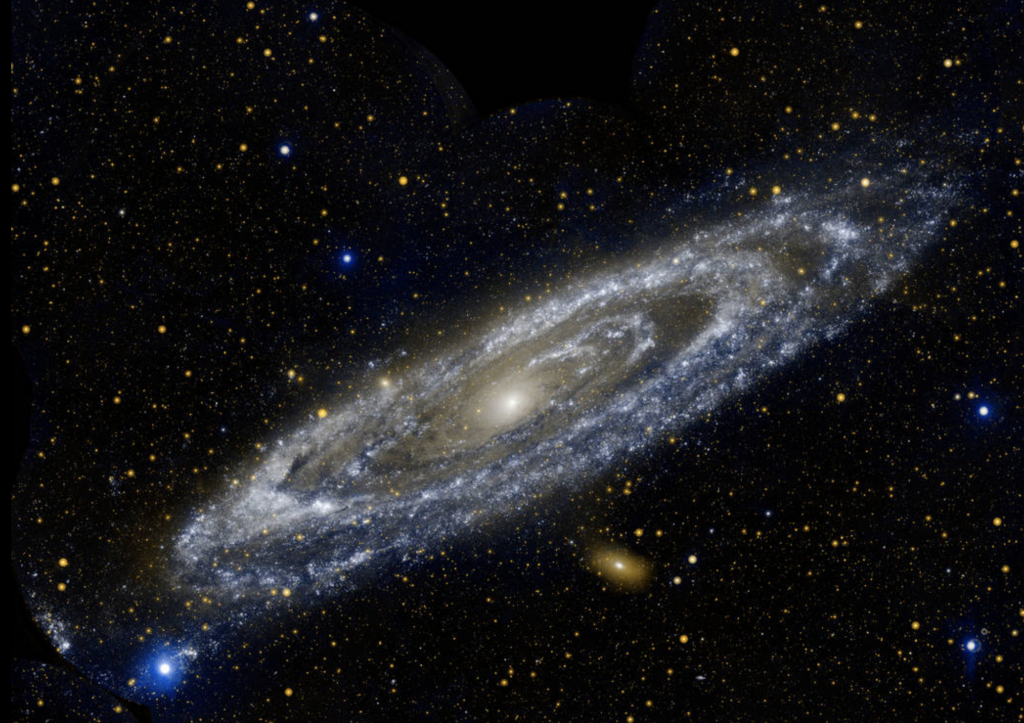 Andromeda: The Galaxy Next Door.- NASA

For those of you who haven’t heard the remarkable phone conversation of Leanne confronting her abuser and posted at TWW, now is the time to listen. Decades Later, Leanne Kay Confronted Her Abuser and Recorded the Remarkable Conversation.

There has been much that has transpired since that post. Shortly after this post went live, Dural Ragsdale, better known in the online world as Uncle Raggy, allegedly attempted suicide by carbon monoxide poisoning. He was transferred to a major medical center and placed in intensive care. Approximately a week later, he was discharged. According to some reports, he went to a rehabilitation center for a short stay and then returned home.

Leanne, Mark Belenchia (A SNAP volunteer who has been supportive of Leanne for the past couple of years) and I made the decision to wait out the situation before posting about the situation.

He survived and is apparently talking publicly…

His Uncle Raggy You Tube Channel was deleted.

Please refer to our original post. As you will see, the videos are no longer active. Some of us, including some perceptive readers of this blog, believed that there was something up with the You Tube channel which presented itself as a place for Uncle Raggy to show off his considerable ukulele talent. He ostensibly helped others to develop their skills. However, there was something *dark* about a number of videos.

However, nothing is lost, if you get my  drift….

Sarah Fowler of the Clarion Ledger posted She was 10. The man she says abused her was no stranger. He was like family. This article was on the front page of their printed edition.

The Clarions Ledger refused to use his name because he had not yet been convicted.  However, I feel differently since he has willingly discussed the matter and Leanne has identified him by name.

At first, he denied anything happened.

“I can’t prove I didn’t, but I didn’t,” he said. “There’s no Bill Clinton dress that I did but, god, what a horrible thing to have to say or reference.”

Then, he threw a grenade, claiming that Leanne actually did it to him because she was a *curious* child.

the man said, “it only happened once,” before offering an initial description of the events.

Here is Leanne’s version of the events in the Ledger. Remember. she was 10 years old.

When he came out, he sat on the edge of the couch with Kay. He put her head in his lap.

That’s when the fondling started.

“He did that for a few nights just to get a routine and, I guess, feel out the environment,” Kay said.

Then one night, while he was taking a bath, Kay fell asleep on the hallway couch.

She said she awoke to his penis in her mouth.

“I just froze and pretended like I was asleep,” she said. “There was no other choice.”

She said she was forced to perform oral sex on him night after night, always on the hallway couch after his bath.

He mentioned his suicide attempt to the reporter, curiously saying Leanne would get her payback if he had died.

In March, she shared her account with a blog, naming him, and the news quickly spread in Iuka via social media.

In the wake of the recent public accusations, he said, he attempted to take his own life.

is anything being happening on the law enforcement front?

There have been hopeful developments. We will keep TWW readers in the loop.

I want to thank a reader who has been doing some great research into this matter and has sent me some helpful emails that have been forwarded on to Leanne. You are awesome!!! I cannot thank our readers enough for being willing to help me find information about some of the stories I cover. I always send them on with your identifiers deleted (unless you want me to use your names.)