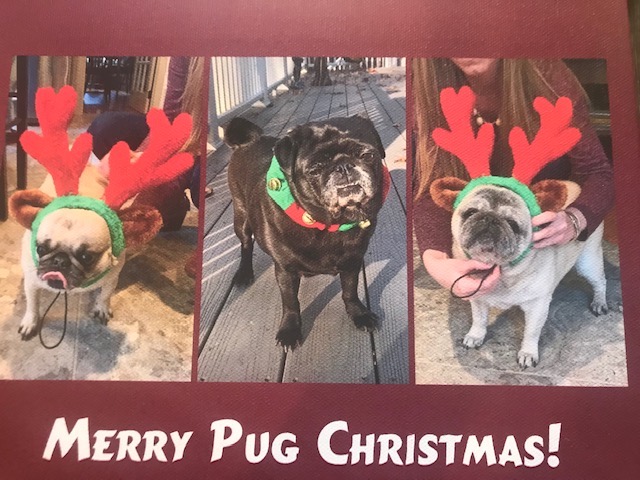 Well, my Christmas turned out quite differently than I imagined. We needed to celebrate on Sunday because all the medical people in the family were on for Christmas. On Friday evening, I made my Farmer’s Cheese from scratch, feeling quite proud of myself. Then came the pierogi dough even though I was feeling quite dizzy.

Sadly, I ended up with what is probably the norovirus and landed pretty much in bed for a couple of days. The medical police threw away the cheese and dough, making comments like “Hey look, here is a dough ball of germs!”  Today, I’m slowly recuperating and a bit sad that I am not well enough to attend services this evening. But, I have much to be thankful for. My dear family took care of all the details and we still had a wonderful time together.

I planned to write something about Mary and Christmas but I’m still a bit yucky so you all get a rerun of one of my favorite posts ever. 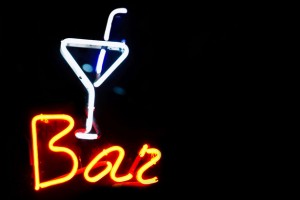 The quotes is from the song “In an Old City Bar” which is linked to at the bottom of the post. You may want to play it as you read.

True Confession: My favorite Christmas music is by the Trans Siberian Orchestra which will probably cause some out there to claim “Ah ha! I knew she was a heretic.” I have seen them in person twice, one time with Deb. Oddly, I found myself in tears listening to one of their songs “In an Old City Bar.” Usually, that means I need to think.  And then I remembered…

It was our second year of marriage and we were living on the Navajo Indian Reservation. We were not going to be able to go home to the Boston area for Christmas. I was pretty sad since it would be the first Christmas away from my extended family. Christmas was a big deal at my house: food, games and presents. My father would wrap his presents to us, on purpose, in the worst possible way. Torn paper bags, string, ripped wrapping paper, glue and rubber bands. We would laugh so hard; he the loudest and longest of all. In fact, the presents we looked for the hardest were Dad’s crazily wrapped presents.

I was pleased that we decided to spend Christmas in a little town called Ouray in Colorado. It would provide a distraction. Back then, Ouray was small, nestled in the mountains. It’s fortunes have since changed and it is a now a bustling and trendy town. It was a fairly long drive from Gallup, New Mexico. We drove north past Shiprock and through the mountains surrounding Telluride. It was snowing quite heavily and we were forced to put on chains or the police would not let us into the dangerous passes. It was a bit scary.

When we arrived, the little town was deserted. We tried to check into our cabin but the people who ran it had gone away. They left a note with a key on the door of the cabin, along with some firewood, and said to slip the check under the front door of their house when we left. We were totally alone. In fact, we would never meet our hosts and have often remarked about their trust in their unknown guests.

We decided to try to find something to eat but everything was shut down except for a bar with a neon light that said “Open.” In we tromped, cold and tired. This was not some trendy watering hole. It was a plain old bar. The bartender said he could rustle up a burger for us and down we plopped. I was feeling a little sorry for myself. I had survived a treacherous car drive and was now sitting in an old bar, damp and tired, sipping a mediocre glass of wine with a bunch of drunks who probably got tossed out by their families.

As I looked around, we realized that, of the dozen or so people in the bar, we were the only couple. Everyone else was alone. Faces were bent over their drinks. Most of them looked sad and tired. There were several mountain men, kind of Duck Dynastyesque, with long beards, flannel shirts and jeans.

Then, a man stood up. He looked like a businessman, more well dressed than all of us. He sat down at the piano. I do not think this was expected because the bartender looked a little rattled. To our surprise, the man began to play Christmas carols and he played them well. As time passed, people began to sing along, including the guys whose faces had been hunched over their mugs of beer. As they sang, they started to look around. As we caught each others eyes, we nodded and smiled, just a little bit. Even the bartender was singing quietly along.

Oh, was I mad at myself! I realized that the people in the bar were lonely and sad while I was sitting around, feeling sorry for myself. I was judging them instead loving them. Jesus not only loved them; He understood them. He was born in a cave, amongst the animals, to a teenage mother who was far from her home when she should have had the comfort of her family as she labored. Instead, it was only Joseph who most likely was not adept in birthing babies since that was often left up to the women. Can you imagine the judgment of those who knew about this woman giving birth in a cave, of all places?

Back at the bar, we began to leave after we sang “Silent Night.” The quiet sounds of “Merry Christmas” were heard. There were even a few pats on the back. The Child, 2,000 years later, still brought people together in very strange places.

The next morning, the sun came out and we drove up to a cross country ski area. The snow was too deep to easily ski. We were all alone, not another person could be seen or heard. It was so quiet that it almost hurt our ears. I thought about the quiet of a cave from which came an explosion that was louder than a nuclear bomb. It would forever change the landscape of this world. The drunk in the bar meant as much to this Child as the greatest of kings. In fact, I think He may feel even closer to them than to the privileged and arrogant.

So, as my kids grow up and leave home, I plan to find some places where people, outcast and alone, are spending Christmas Eve. Do not be surprised to see a woman, with cute shoes, sipping a glass of mediocre wine, on Christmas Eve in a run down bar. This time, however, she will have a have a sack with some presents to give to them. As she does, she plans to let them know that there is a Child who cares for them and knows what it is like to be in a strange place on Christmas Eve.