Child abuse does not go away, but 90 percent of child abuse is preventable.-Karen Adams 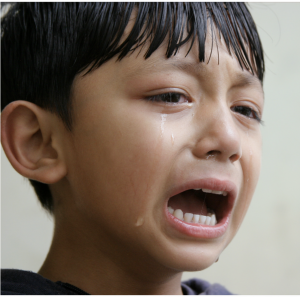 One Friday, Ryan Ashton and I are going to write a response to this post Protestants also face #ChurchToo scandals. Reporters: Here’s a handy way to assess them.by Richard Ostling. I would like our sharp readers to preview this post and prepare for a non-militant, kinder, gentler, adn *non-sharp-elbowest* response. Well, maybe  😉

Warning: Churches (and parents) must assume that pedophiles are targeting their children.

All entities which work with children, including churches, must assume that there are pedophiles in their midst. Why do I need to say this? Pedophiles will go where there are lots of children and figure out ways to get alone with them. Unfortunately, there are some people who appear to believe they should wait until something obvious happens. That mindset is dangerous! Pedophiles are clever and know how to keep things on the down low.

On Twitter, I noticed some folks asking if the involved churches ever saw anything any actions by Jacop Robert Lee “Jake” Hazlett, age 28, that would cause them to suspect something was up. We cannot wait for that to happen if we are to keep ahead of the games pedophiles platy.,

Given the number of lawsuits that will probably be filed because of the prolific activity of this pedophile, it appears that the church did not know how to keep children safe. NewSpring should have had two people involved in bathroom duty, as well as with any other activity that might cause a child to be alone with an adult without a family member present. What I’m about to say may sound harsh (or sharp elbowed) but it must be said. If a church cannot manage children safely, it should not have a children’s program.

NewSpring allowed at least 14 kids to be molested in a short period of time. I have a question for the leaders. Were they more interested in growing their church numbers as opposed to providing a safe environment? It would seem so to this observer.

Did evil find a way to elude NewSpring’s best efforts?

Again, I contend that the church leadership did not do enough to prevent this from happening. They should have had 2 people taking little kids to the bathroom and they didn’t. Yes, evil was present in the form of a pedophile. Frankly, it was rather easy for him to slip past the measures in place.

According to Leonard Blair of The Christian Post: NewSpring leaders ‘gutted’ as lawsuit suggests volunteer molested 14 children in 90 Days. While claiming they have yet to receive the papers regarding a lawsuit(s), they had this to say about their *best efforts.* I wish they would stop saying this. They did not fully protect the children.

“We want our NewSpring family to know that as the leaders of this church we are gutted by these events. We know this happened on our watch, and though we have taken great measures over the years to protect our children, evil found a way to breach our best efforts. This devastates us to the core. We are heartbroken for the families directly impacted, our volunteers who serve with KidSpring, and for all of the families who trust us each week to care for their children,” the statement said in part.

NewSpring Teaching Pastor Brad Cooper pushed back at the “enemy” during his sermon on Sunday, according to ABC News 4, and vowed that the abuse will not cause the church to retreat.

“We will not let the enemy cause us to back up, to cower, to insulate ourselves. We have done everything we could have possibly do to bring law enforcement along,” Cooper said.

Thankfully, they did respond when the mother of one child came forward.

…”We took a mom’s accusation, and we were able to corroborate her accusation that this volunteer, in fact, has done some incredibly evil things,” he added.

The attorney for the first child, Josh Slavin hinted at more to come for other churches.

….Slavin told the AP that Hazlett who only started volunteering at NewSpring in March may have been volunteering at another church in North Carolina and there may be other victims around the state.

“We’re concerned that there may be victims in North Carolina as well,” he said. “The scope of this is pretty astounding to me.”

More lawsuits appear to be on the way

The attorney for the first child claimed that the assault on this little child was preventable. I tend to agree and so, it seems, do other attorneys since more lawsuits are anticipated.

The Post and Courier reported on this in New charges filed against North Charleston church volunteer accused of child sex abuse. Please note what they have to say about the *best efforts* of NewSpring. Notice how they point out the repeated sexual abuse of other children.

Additionally, Charleston-based attorneys David Yarborough and William Applegate said through a representative that they, too, have been contacted by victims and are taking a closer look at the church’s pre-employment screening processes, though they have not filed a complaint in any court as of Monday afternoon. Mount Pleasant attorney Charlie Condon said Monday he and his team are also investigating the church’s screening practices and is representing the family of a victim.

“One of our greatest areas of concern is NewSpring’s negligence in these cases,” Applegate said in a statement. “There have been many questions raised about the institutional failures that created an environment for child sexual abuse to occur repeatedly.”

Parents: Report directly to the police. Do not first go to the pastor.

The above quoted Post and Courier article ended with the church standing by their employment procedures which, given the situation, is downright silly as well as dangerous for children in their church.

Church officials previously told The Post and Courier they stood by their employee and volunteer screening procedures, which include searches of criminal history and national sex offender databases.

The following advice to report to the pastors or the police at the end of the article is wrong. Parents, go directly to the police. They will contact the pastor. This is advice that is given to any victims or families that approach abuse advocates. We are also available to help the families with the process if needed. I recommend that families also speak with legal counsel as soon as possible after alerting the police.

Church officials stated that anyone who believes their child may have had inappropriate interactions with Hazlett should call North Charleston Police Officer Paul Schoolfield at 843-740-2521 or NewSpring’s Charleston Campus Pastor Ryan Kirkland at 803-413-8422.

Elevation Church was uneasy about Hazlett who worked with children for 4 years as volunteer.

Elevation denies having received allegations but moved him out of his role with children because they were uneasy about how he interacted with children. So, did they receive some sort of report? Why were they uneasy? Did they fail to report *something* to the police? If Elevation was concerned about Hazlett, why didn’t they follow up to see where he went after Elevation. Sadly, it appears to me that they may actually have been glad that he *moved along.* How often have we see this in churches? Remember  Prestonwood?

Elevation Church says it received no allegations involving Hazlett while he volunteered at the Lake Norman campus between 2014 and 2018. However, in 2015, Elevation moved Hazlett from the kids clubhouse program to an administrative volunteer role after campus leadership says they felt uneasy with how he interacted with supervised children.

Davidson police are investigating another report of abuse by Hazlett

From the above WCCB article:

Additionally, Hazlett is under investigation by Davidson Police for another alleged assault involving a 7-year-old boy who told staff at Davidson Elementary School that Hazlett assaulted him off campus sometime between September and November of last yea

Hazlett also attended The Cove Church in Mooresville, NC and was there for 4 years prior to Elevation.

According to an article by Bob Allen for Baptist News: Lawsuit says church missed child abuse caught on security camera.

Is there a tie in between in the off campus abuse report of a school child in Davidson? Davidson is 6 miles from Mooresville and the child was assaulted off the school campus.

Hazlett previously attended The Cove Church in Mooresville, North Carolina, another multi-site congregation affiliated with the Southern Baptist Convention. Police in Davidson, North Carolina, said Tuesday they are investigating Hazlett about allegations in their jurisdiction involving a 7-year-old boy.

The SBC connection: All 3 involved churches are part of the SBC.

According to Baptist News:

The Cove Church is also part of the SBC as is Elevation Church. I sure hope the SBC will begin to address the fact that a number of their churches have had pedophile situations. I’ve been blogging for 10 years and have seen more and more reports and more and more meetings with precious little action.

If any families want to tell stories, please contact me at dee@thewartburgwatch.com. I am so, so sorry for the pain you are bearing.

Let me repeat this one more time.

If a church cannot manage children safely, it should not have a children’s program.

Dee Parsons Retweeted · Pope Francis
@Pontifex
This is the attitude of a true apostle: to go confidently forward, preferring the uncertainty of unexpected situations rather than force of habit. This courage is born from confident trust in God's greatness who loves to work through our lowliness. #ApostolicJourney
View on Twitter
676
0