“Abuse is never contained to a present moment, it lingers across a person’s lifetime and has pervasive long-term ramifications.” ― Lorraine Nilon 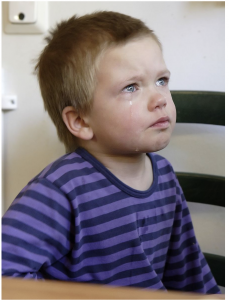 Update on NewSpring and Perry Noble:Yes, it’s all a bit weird…

You all know NewSpring. This is Perry Noble’s previous church. For those of you wondering what Perry Noble is up to these days… alright, most of you don’t wonder about this at all but I’ll tell you anyway… In July 2018, The State reported Former SC megachurch pastor makes big announcement about his new ministry.

Apparently, Noble has a brick and mortar location for his new Second Chance Church. I wonder when he’ll get Tullian to preach there…

Noble closed his post with a slogan he uses often and one that is his page’s image — “The best IS yet to come!”

And then, in the Christian Post, Perry Noble Issues ‘Last Apology’ 2 Years After NewSpring Church Firing: ‘Time to Move On’ (You gotta read this one.)

The pastor, who following rehabilitation went on to start Second Chance online, said that he has been able to see some of the benefits of what he went through, noting that “God makes everything beautiful in His time.”

“Alcohol was a coping mechanism I ran to in order to numb the pain in my life,” he reflected.

“Going through and completing an intense treatment program put me on the path to discovering how to deal with the real issues from my past (trauma) that was causing me to overmedicate on alcohol — and it’s incredible to live in a place of true healing and freedom.”

He admitted that his life is still far from perfect and that he still has daily regrets. He thanked those who offered him prayers and encouragement, but at the same time noted that “there are some people who are not supportive, welcoming or even accepting of what I’ve been called to do.”

“Let me clearly say…I don’t need you. I feel like I have apologized over and over for two years — and — while I am truly sorry, it’s time for me (and you) to move on!” Noble declared.

“You did not call me into ministry — and you can’t call me out of it,” he continued.

NewSpring, on the other hand has NewSpring Named ‘Jesus Christ’ as Senior Pastor After Perry Noble Left, Church Was $47M in Debt.

The church is currently run by a team of four lead pastors, three teaching pastors including King, as well as 14 campus pastors.

When asked to explained how Jesus as senior pastor works if there is not a clear single leader, King was quick to explain and suggested it might be a new way forward for church leadership.

…He (King)pointed to the relationship he enjoys with pastors Dan Lian and Brad Cooper as part of the teaching pastor team to explain how the leadership model NewSpring is pursuing has made them healthier.

“All three of us are alpha males. And so the team approach for us is a beautiful thing because it forces us, when we felt like the Lord told us to do this at NewSpring, it forced the three of us as well as the lead team, to submit our egos to the Holy Spirit, cause you can’t hide from your ego in that kind of space. And so the three of us are great friends. We are very close. We’re brothers and we just have revival every Tuesday we get together for a couple hours,” said King.

Since Jesus is the lead pastor at NewSpring, do we blame him for the molestation of a number of children at NewSpring.

It was initially reported that a single three year old child was molested by a volunteer male who took the child to a bathroom alone. Read that again. It appears that a security camera caught the act because the door to the bathroom was somehow opened.

The following are some accounts of what happened. What to consider as you read them:

Hazlett was supervising a group of children, ages 3 to 5, in “the Tree House” room, The Post and Courier of Charleston reported.

The volunteer escorted the boy to a restroom in the church and performed oral sex on him before pulling up the 3-year-old’s pants, the station reported, citing the affidavit. The act was caught on a camera positioned outside the bathroom, an investigator said.

In this account a church spokesperson says the bathroom door “may have been ajar” which allowed for the incident to be recorded.

Following his arrest, the church sent a letter to families of the children in the preschool ministry to confirm that they are cooperating with police and are immediately took steps to “prevent Hazlett from volunteering in any capacity at our church in the future.”

Pay attention to this next quote from the church.

NewSpring is steadfastly committed to safety and security, and because of this commitment, we have an extensive screening process for all adults before they are allowed to volunteer with children, birth through 12th grade,” the letter added, reports WCSC.

“As a part of NewSpring’s child safety and security program, we perform criminal background checks, interview each potential volunteer candidate one-on-one, and provide detailed training for volunteers serving with children of all ages.

“Hazlett successfully completed our volunteer screening process before he was allowed to volunteer. Also, as part of NewSpring’s commitment to safety and security, every KidSpring room contains video cameras.”

The letter added the background check included verification of his Social Security number, address history, National Criminal Database Search, National Sex Offender Search, and making sure he had records of criminal convictions or use of aliases.

The North Charleston police are going after this big time and I am gratified by their response. Also, in this report we are told that oral sex was performed on the young boy.

Many children involved and a lawsuit has been filed by one of the parents.

Here is where things get even worse. As you all know, a sex offender is rarely caught during his first offense. According to The State (this one will upset you):

The attorney representing the family that filed the lawsuit said there could be more than the 14 victims cited, WCSC reported.

“The reason the church was able to identify 14 victims so quickly is because this was all happening right under their nose on that security camera that is being monitored live,” Josh Slavin said, according to the TV station. “There could be countless more victims that we just don’t know more about yet.”

…The parents who filed the suit learned of the assault on their son Tuesday, according to the court filing, but it does not say if the police or church officials told them about what happened.

According to the lawsuit, the parents ”noticed changes in (their son’s) behavior, including him screaming that he did not want to go to NewSpring Church or its daycare.”

…Once we were made aware, we reviewed video footage from the past 90 days in which Hazlett served as a Kidspring volunteer,” the church told CBS 17, referring to the preschool program. “In the videos, it appears there was inappropriate conduct by Hazlett,” the church told the television station, explaining that NewSpring officials were cooperating with the investigation.

While we are at it, we should note that, in February 2018 there was another abuse incident happened at NewSpring and reported by ABC News: Former Lowcountry youth pastor charged with soliciting minor for sex.

It is important to understand that the church claims nothing happened at the church. They, along with police, believe this sexual exploitation happened outside of the church. However, a former church member isn’t buying it.

The current Charleston-area real estate agent and former youth pastor at NewSpring Charleston was arrested in late February after an investigation by local and state law enforcement.

“Once we were made aware of these charges, we immediately terminated his ability to volunteer in any capacity at NewSpring,” Swift added.

NewSpring leaders have no reason to believe anything inappropriate has happened between minors at the church and Jordan, and they have not been contacted by law enforcement, according to Swift.

Still, the former member who spoke to us is concerned given Jordan’s former position of trust.

“Caleb’s primary role was to provide care to young men, ages of 12-18, through his role at Fuse at their youth pastor,” she said.

She described “care” as a type of closed-door Christian counseling.

And in a statement from NewSpring that should go down in history as one of the dumbest utterances by a church ever:

“We stand by this process but are willing to make changes should they be warranted,” Swift said in a statement. “We are in regular communication with, and are providing our full cooperation to law enforcement, evaluating our processes and procedures internally, and we will be inviting in an external expert to help us determine if any changes need to be made to help ensure something like this does not happen again.”

The attorney, Josh Slavin, for the first family which filed a lawsuit against NewSpring (I say first since I expect that there will be more lawsuits and I support the families who wish to do so) nailed it with this statement:

While the criminal justice system will address Hazlett’s alleged crimes, the purpose of the civil lawsuit is to expose the blatant oversights by NewSpring Church,” Slavin said in an email. “What makes this case so tragic is that the abuse was entirely preventable — these crimes were repeatedly committed in front of security cameras that were monitored by NewSpring Church.”

Here are my thoughts.