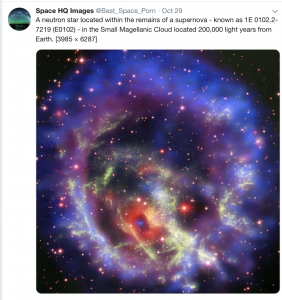 Christianity Today presented James MacDonald: Why Suing Is Sometimes the Biblical Choice. It’s curious that a magazine that attempts to walk the difficult line between various theologies, would present a pastor who is suing The Elephant Debt without presenting the bloggers’ point of view. TWW is a blog that presents a particular perspective on abuse within the evangelical church. We make no pretense that we are straddling the fence. I make a request that Christianity Today allow the bloggers or their representatives the same platform.

As I looked at the picture of MacDonald at the top of the CT post, I noted that this older man of my generation appeared to be attempting to look hip and young. He is neither. In fact, he quotes Wayne Grudem, another man who is definitely aging. Before you jump to conclusions, I, too, am a woman of a *certain age* who is deeply discouraged about how my generation has left the church for the next generation. Forgive us.

Wayne Grudem teaches strict gender hierarchy…Let me stop for a minute. For the lawyers who are looking for the next lawsuit, this blog post includes my thoughts on Grudem’s and MacDonald’s teaching. This post is *my opinion.* “Allegedly,” “I believe,” and so on and so forth… I’ll try sprinkling the word *allegedly* around here and there but lawyers would be wise to put *allegedly* in front of each and every word.

Allegedly, Grudem teaches a strict gender hierarchy within the church and marriage which MacDonald seems to embrace in this article: A Wife’s Place.

Here’s how John Piper and Wayne Grudem summarize submission in their great book, Recovering Biblical Manhood and Womanhood. “Submission refers to a wife’s divine calling to honor and affirm her husband’s leadership and help carry it through, according to her gifts.

Wayne Grudem, who wrote 83 rules for women to follow when seeking to serve the church, (please read this folks) has apparently found a good reason for MacDonald to sue the bloggers. MacDonald quotes his thoughts as his raison d’être for proceeding with his lawsuit. This *proof* makes as much sense to me as Grudem’s 83 rules for women who serve in churches.

A conversation with Wayne Grudem, the widely respected theologian and my seminary professor, helped me understand that we should model our response to criticism after Christ’s ministry (John 8:49) not his road to the cross, when his total silence was a unique fulfillment of prophecy.

Make sure you get this. Allegedly, Grudem claims that Jesus didn’t go about suing everybody because He was fulfilling prophecy. However, being the gullible and easily deceived woman that I am, I cannot find examples of the apostles running around, tying up the Roman and pagan courts with lawsuits, either. Don’t try to use Paul appealing to the Roman government or we’ll be here all day.

James MacDonald has had a career of significant lows as well as notable highs.

The highs are well known. Huge churches, lots of money, lots of fame, lots of everything any pastor could hope for if pastors do hope for such things…

I believe that it is those alleged lows which will lead to the success of the bloggers of The Elephant Debt and Julie Roys. We have written a few posts but I found a summation of the issues that were published this year on The Internet Monk in a post Money and Power: The Elephant in James MacDonald’s House.

-At the time of publication, we informed our readers that HBC was approximately $65 million dollars in debt.

-Additionally, we reported that James MacDonald was earning in excess of $600,000 in annual compensation from the church and its related ministries.  This figure did not include compensation received from other likely sources of income such as: book royalties, conference fees, etc.

-Thirdly, we reported that MacDonald had admitted to a group of Harvest Fellowship pastors that he operated in such a way that he retained 50% of the power within the church, leaving the remaining of power to be divided equally among the suddenly swollen elder board, which had grown from approximately eight men to over 30.

-We then discussed the recent $30 million dollar capital campaign in which MacDonald informed his congregation that he personally knew how much money God wanted them to sacrificially give to the campaign.

-Finally, to illustrate our point that we were not alone in our concerns pertaining to MacDonald, we listed a group of former elders and pastors, all of whom left the church for their own reasons and concerns regarding Harvest Bible Chapel and its direction.

There have been other issues that have attracted the attention of bloggers and the media.

MacDonald appears to claim that the church leaders have authority over the bloggers; that the leaders are open to meeting with the bloggers; and the critique of bloggers made positive changes in the church.

Bloggers are not under the authority of church leaders nor do they need to assume that church leaders are speaking to them authoritatively. They are not members of the church so this alleged admonition is silly, at best, unless MacDonald is making the claims that all church leaders have authority over all people outside of that church. Now that would be quite the post!!

We have repeatedly tried to meet with them, and if the bloggers let their “reasonableness be known to all men” (Phil. 4:5) and simply sat down with us, they would learn of the positive changes that initially came from their critical approach. Ongoing appeals have yielded no fruit, though we remain open to meeting in person and ending the legal case.

In the meantime, by assuming the right to influence our church while refusing to listen to the authority of our church leaders, they forfeit the protection given to brothers in 1 Corinthians 6. According to Matthew 18:17 their refusing to “hear the church” requires that they be related to as non-believers, as “gentiles and tax collectors.”

Many of the issues with MacDonald’s ministry have been documented in lots of places. MacDonald has a problem. In order to win this lawsuit he MUST prove that The Elephant Debt writers, their wives (say what?) and Julie Roys were knowingly lying in order to cause him harm. He can’t get away with merely proving that they were wrong. Let me show you how hard this will be.

Loss of church members or loss of money or does it matter?

In the Christianity Today article, MacDonald claimed that people left the church and some lost their faith. Their faith in what? MacDonald or Jesus? It seems as if MacDonald is equating himself with Jesus who is charged with protecting the church. Is he claiming that if he goes down, Jesus goes down? Then again, I’m just a woman blogger…

In the wake of what was being published online, innocent people didn’t just leave our church, but too often left the church. We saw the effects not just in Chicago, but worldwide, wherever our broadcasts and church plants had spread. Friends lost their sons to the faith. New believers who struggled to trust Christ and any authority too often jumped to “fears confirmed” and retreated into unbelief.

MacDonald does seem to admit this lawsuit has something allegedto do with “material harm” to the church. I believe this argument is unwise since it seems to this claim that there really is an  sort of biggish debt problem at the church which benefits the bloggers.

Over a three–year period, their materially harmful untruths drove more than 2000 members out of our church —

To make this claim, MacDonald will have to prove that not only did the TED folks lie, but they lied in order to cause malicious harm to MacDonald and that the people who left the church did so because of provable and knowing lies.

He equates this mass exodus with yelling *Fire* in an alleged movie theater. I believe that this is going way too far.

In America, free speech is not universal. You can’t yell, “Fire!” in a crowded theater because negligently causing a dangerous stampede of people is not protected speech, but a breach of the law with serious consequences.

MacDonald appears to be saying that people are too stupid to think for themselves and will believe *lies* without investigating for themselves. This is far different than yelling *Fire* in a movie theater in which people must make a split second decision. People do not have to stampede out of a church the minute they hear that elders were excommunicated. They actually have days, weeks, months and years to make that decision. This rationale is downright silly.

ExChristians have been watching MacDonald and were ex-Christians before they started watching.

I am familiar with this website which has been around for well over a decade. It is made up of people who have left the Christian faith. (No food fights on the perseverance of saints, folks….) These people had long left the faith before the problems with Harvest Bible Chapel began. If you read this post, you will see that they got their information from an archive, not from The Elephant’s Debt.

Thoughts on the problems of celebrity pastors by Chaplain Mike

To begin with, over the past two decades, the church has moved in a direction whereby entire bodies are being defined by the charismatic presence of their senior pastor.  As has been discussed numerous times by Michael Spencer, the original Internet Monk, this model of the “pastorate” is a dangerous model that leaves the body unwittingly oriented around the worship of a rock-star mega-pastor.  Moreover, there is a danger for the senior pastor who operates within this model to be overwhelmed in his character by the dark forces of ego and pride.

But the problems go deeper than the rise of the superstar pastor. In many cases, the churches that have been built around such a figure are often non-denominational in nature, which ultimately means that they answer to no earthly authority other than that which they have appointed to themselves. So in times of crisis and/or moral failure, as we have seen at Harvest, Sovereign Grace Ministries, and elsewhere, the congregation has no recourse to address its concerns if the self-appointed elder board is unwilling or unable to remove the senior pastor from leadership.

What’s more, when so much of the “Sunday Experience” and church culture is centered around this charismatic figurehead, constitutional church structures are no longer capable of limiting the power of the individual in question because the individual has effectually become “the church” for the majority of the congregants.  This is why we see so many megachurch pastor salaries rising to unprecedented heights.  When the pastor is the central draw for the church, and the church fears losing the congregation that comes almost exclusively for his or her teaching, they feel pressured to pay “competitive rates” so that other churches can’t come along and steal “the talent.”

Let me add to this one other thought. Could it be that authority driven church leadership can lead some pastors to believe that they somehow deserve special respect and money since they are *protecting* God’s church?