“More than 80 survivors have come forward about Smyth. They include the Bishop of Guildford, the Rt Revd Andrew Watson…. Survivors of abuse and campaigners have expressed dismay at the news that Smyth died before he could be brought to justice.” 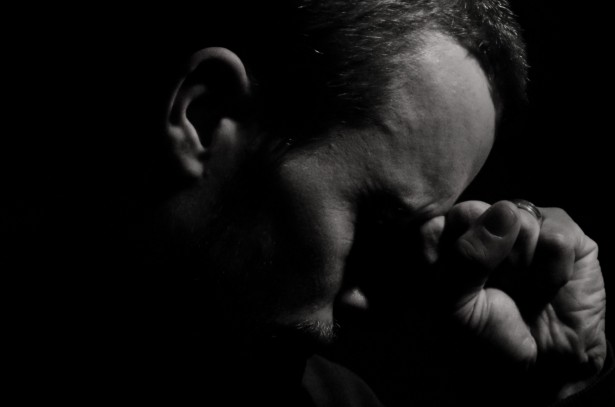 We have been following the investigation of John Smyth, a British barrister who was alleged to have carried out “sadomasochistic physical abuse” on young men in the 1970s and 1980s. We first heard of the accusations against Smyth when Cathy Newman confronted him in South Africa, where he and his wife have been living for quite some time. See video below.

You can read our previous coverage here, here, and here.

News broke over the weekend that John Smyth had been found dead at his home in Cape Town, South Africa. It has been reported that he may have died of a heart attack following a recent medical procedure. No doubt an autopsy will be performed to determine the cause of death. What is so ironic about the timing of his passing is that we understand Crown Prosecution Service (CPS) had just given the police the go-ahead for Smyth’s extradition back to the U.K.

Here is how the news was covered by some British media outlets.

The Telegraph provided an overview of what has occurred:

A former QC and Christian evangelist accused of brutally hitting boys in the 1970’s at a Christian holiday camp where the Archbishop of Canterbury once worked has died.

John Smyth is thought to have suffered a heart attack at his home in Cape Town, South Africa, aged 77, on Saturday morning.

His death comes a year after he was forced to repeatedly reject claims he had used summer camps as a way to recruit young men to a cult in which he subjected them sado-masochistic assaults.

He was accused of handing out up to 800 lashes to more than 20 young men over a four year period in the late 70’s.

Hampshire Police launched an enquiry into the allegations last March and had reportedly recently requested he return to the UK for questioning.

The Most Rev Justin Welby was forced to issue an “unreserved and unequivocal” apology on behalf of the Church of England after admitting last year that the Church had failed to report allegations of abuse by John Smyth QC to the police after allegations came to light as far back as 1982.

Smyth’s family said in a statement:  “At approximately 9am on Sat 11 August, John Smyth died in his home in Cape Town.

“The official cause of death has not yet been made known, but the indicators are that it was a sudden heart attack following a heart procedure earlier in the week. We ask that the family be left alone to grieve his passing.”

The BBC shared this breaking news:

Victim advocate, Andrew Graystone, said Hampshire police informed victims the CPS had asked them to summon Mr Smyth back to the UK for formal questioning with a view to possible charges last week.

The CPS said it was “not in a position to comment at this time”.

The Independent provided the following information:

A 1982 investigation by the Iwerne Trust, which was not made public until 2016, found more than 20 boys were physically abused by Mr Smyth with a cane at his home in Winchester, Hampshire.

However, the findings were not reported to the police and Mr Smyth had previously denied any wrongdoing.

The programme of abuse was thought to have been carried out during a time when the Archbishop of Canterbury, Justin Welby, had been working at the camps.

Mr Welby has insisted he had been unaware of the activity and said the Church of England should have done more to investigate the claims at the time.

Mr Smyth later moved to Zimbabwe, where he was also subject to claims of abusive behaviour towards young boys at similar Christian camps.

He faced charges that were later dismissed surrounding the mysterious death of a 16-year-old at one of the events in 1992.

Before his death, he had been running the Justice Alliance of South Africa, an organisation which sought to uphold socially conservative moral values in the country.

Church Times published an excellent summary of the situation. (see excerpt below)

The former Iwerne Trust chairman John Smyth QC, who had been accused of administering brutal beatings in his garden shed to boys whom he had befriended at camps run by the Trust in the 1970s, has died before he could be questioned by police, arrested, or tried.

Smyth suffered a heart attack at his home in Cape Town, South Africa, on Saturday. He was 77. In a statement to the BBC, his family asked to be “left alone” to mourn in private.

The Iwerne Trust, now part of the Titus Trust, ran holiday camps for boys at English public schools in the 1970s. A six-month Channel 4 News investigation, broadcast in February of last year, found that both the Iwerne Trust and Winchester College had learned of allegations of abuse by Smyth in the 1980s, but had failed to report them to the police (News, 10 February 2017).

One man told the programme that he and other boys had been beaten so severely by Smyth that they had to wear nappies to staunch the bleeding.

Channel 4 also reported that a “senior figure” in the Trust wrote to Smyth to tell him him to leave the country. Smyth moved to Zimbabwe, where he continued to run holiday camps for Zambezi Ministries; and then to South Africa.

Smyth was reportedly wanted for questioning by the Crown Prosecution Service when he died. Hampshire Police launched an investigation into the case in March last year.

The Bishop of Bath & Wells, the Rt Revd Peter Hancock, who is the Church of England’s lead bishop for safeguarding, said in a statement on Saturday that the reports of Smyth’s death would be “very difficult” for survivors, who had “bravely come forward to share their experiences of his harrowing treatment, and all those who suffered, knowing that the police investigation could not now be completed.

If you can stomach it, the Ruston Report (which at one time was strictly confidential) provides details of what happened to those beaten by John Smyth.

Our hearts break for what these young men had to endure. Their lives have been devastated, and now just as justice was about to be served, Smyth escaped judgment here on earth. We hope and pray those hurt by John Smyth will take solace in the fact that he must now face the ultimate judge.