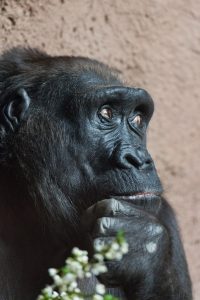 Last week, I told Deb that Paige Patterson would ride into the sunset to claim his prize of a mansion built for him on the campus of SWBTS with a promise of perpetual care in this life. I also said he would be called President Emeritus and would give his farewell speech at the SBC convention in June with the obligatory standing ovation. I guess I will have to wait to see what happens in June.

Paige Patterson gets rewarded for his years of service (after agreeing to step down.)

Religion News Service apparently agrees with the Deebs that this supposed punishment seems more like a reward in Jonathan Merritt’s Paige Patterson has resigned. Imagine if he were Tim Cook.

But after weeks of inaction, the board’s decision feels more like a celebrated send-off than a stiff censure. While they dismissed Patterson to save face under overwhelming pressure, he was also offered a pile of consolation prizes. Patterson will be honored with the title of president emeritus of Southwestern, for example. Both he and his wife, Dorothy, have been named theologian-in-residence. The couple will receive compensation from the school, and they will be allowed to live in the luxurious and spacious retirement residence they were building for themselves on campus.

Merritt made a good argument that had Tim Cook, CEO of Apple, acted and said what Patterson did, he would have been booted forthwith, minus the mansion. And Merritt rightfully shaded the SBC for their lack of inaction. I think he meant the entire SBC, not just one of the factions.

Cook would have been terminated immediately. He would not have received compensation or honorary titles or a plush retirement residence in Silicon Valley. Let this sink in: America’s most prominent tech company has a stronger ethical compass when it comes to the dignity of women than America’s largest Protestant denomination.

But this is, of course, not a statement on the moral fortitude of the tech industry. The same would be true for an advertising executive on Madison Avenue, a hedge fund manager on Wall Street, a prominent actor in Hollywood or a politician inside the Beltway of Washington, D.C.

Which is to say that many of the secular communities in America that Southern Baptists have painted as evil possess more moral courage than they do. Consider that for a moment and it will tell you all you need to know about the current state of America’s largest Protestant denomination.

Prepare yourself for the standing ovation at the SBC 2018 convention-so says Ed Stetzer.

My prediction of a standing ovation for Paterson’s *farewell, good and faithful friends* speech at the SBC is being echoed by others. Today, Ed Stetzer, writing for Christianity Today actually said that Paige Patterson would get a standing ovation at the SBC 2018 convention since he did all sorts of *cool* things for the SBC so it might be OK, maybe…

…Patterson didn’t just lead a grassroots movement. He went on to serve as president of not one but two seminaries. He served two terms as president of the convention itself. He has received numerous honors, awards, and more standing ovations than I can count. He has been rightly appreciated for his service.

…Patterson, in a sense, built an era. I am glad. I am a Southern Baptist today because of its inerrantist theology, and I’ve personally benefited from that era and from the SBC that he helped create.

…If Patterson preaches at the SBC, he will, because of his past work, get a standing ovation.

PP has a lucrative retirement waiting and will have plenty of time to blow the heads off the beautiful creatures he encounters on African shoot and kill safaris. (How much of these were paid for by SBC funds?) His visage, along with Dorothy’s, will be enshrined in the stained glass window section of the SWBTS chapel (along with his friend, Paul Pressler.) As I said on Twitter earlier today, and I stand by my comment, PP is laughing into his root beer in his paid for mansion.

He has also been named *theologian-in-residence (and quite a residence it is!)

Today, Wade Burleson documented another situation in Paige Patterson and the Rape Victim He Shamed. This should be no surprise to anyone who has followed TWW. Paige Patterson rejected the complaints of 25 women who came to him to report molestation by Darrell Gilyard. Never forget, PP will be also called the theologian-in-residence (along with his wife, Dorothy!) The same man who said women had to show him physical proof of molestation and bring 2-3 witnesses for every report of Gilyard’s behavior is the new theologian extraordinaire? Seriously?

The gorilla in the room: Sex abuse cover up in the SBC

Sadly, the woman who was raped in Wade’s story chose to cast shade on the #metoo movement while at the same time speaking out against Patterson. We are so sorry for her ordeal and are furious at the response of PP. We called for his resignation 9 years ago. However, it was that very movement that has given her the freedom to speak out. It was also women like Jules Woodson (her assault happened in an SBC church) and the others in the #churchtoo movement that gave her the possibility of her story being heard. (PS: I, too, am Biblically conservative and I support the #metoo movement. The Bible is really against rape from what I can tell.)

Here’s what’s interesting (ladies, don’t be offended). This rape victim is not a fan of the MeToo movement. She is as biblically conservative as they come.

As those who read our blog know, Amy Smith and I have been working on probably the most well documented story of sex abuse coverup we have ever written about. I hope to be able to tell you why soon. On Monday I spoke with Detective Cisneros who is working on this case and he has asked us (not told us-asked) not to reveal the name of the perp for just a bit longer. However, through a series of bizarre coincidences, we discovered that the perp, who is working for the SBC, has also been working with 9th and 10th grade students in an SBC affiliated church. This has caused us great concern for the welfare of the children and the church has been made aware.

The perp has been correctly named by others on Twitter. I do feel comfortable in revealing that it is the International Missions Board of the SBC who are alleged to have refused to bring this to the police. Remember the name of the person who is the head of the IMB? That’s right, it’s David Platt who is on the other side of this stupid theological divide.

Let me remind our readers of something. I am no longer a member of the SBC. I am a conservative Lutheran. One Lutheran member asked me about the continued strife within the SBC. He asked why the Baptists, after all this time, haven’t settled their doctrinal differences. I laughed and said that they never will. There is no denominational hierarchy with rules for church except for no women pastors and no gays in leadership. Other than that, the sky’s the limit. There are some who believe it is their job to set the SBC on a new path with new thinking or the old-forgotten thinking or the one-true-way of thinking every 10 years or so. He asked me how I stood it. I said I couldn’t and left. So, I no longer have a dog in this hunt. But I do care about abuse no matter the doctrine and that is why I follow this stuff. Even more importantly, my BFF, Deb, is holding on for dear life and I care about her.

This is the real problem.

Our current story is not garnering the attention that it should. Why is that? The leaders who know (or should know) or who have not reported this to the police are on the other side of the nonCalvinist/Calvinist divide in the SBC. Does this mean that Calvinists are bad and the nonCalvinists are good? Hardly. Both sides have said some awful things to victims of domestic violence and victims of sex abuse.There are no white hats in this story.

In fact, Deb hopes to document some comments by SBC men like Bruce Ware and others in CBMW (housed at SBTS). So, why do I think there will be no petitions from concerned SBC women when we point out the other side? #silenceisspirtual when the ones involved are members of *my* tribe in the SBC.

Both sides have covered up child sex abuse.(Have I said it enough?) I believe that there are some tough days ahead  for the SBC. The coming revelations (beyond even our story), and they are coming, will show how widespread the problem within the SBC really is. Neither side in the current SBC theological rodeo will prove to be victor. All sides will need to hang their heads in shame.There is a gorilla in the room and the quick application of lipstick does nothing to make the SBC look pretty. It doesn’t matter who is elected President of the SBC. Neither side seems to have the wherewithal to do the right thing when it comes to abuse in their tribe.