It is better to meet danger than to wait for it. He that is on a lee shore, and foresees a hurricane, stands out to sea and encounters a storm to avoid a shipwreck. Charles Caleb Colton 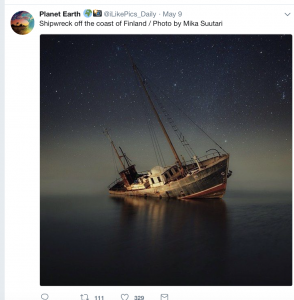 Today, Willow Creek Community Church’s elders released another statement. It is apparent that their initial statement was not cutting it. Here is the latest update.

As a Board, we have been working and praying hard over the past few weeks. We promised frequent updates on our progress and, in that spirit, I come to you now.

Since the posting of our letter to the Willow family, we continue to listen and process.

Our top priority has been reaching out to the women who have made allegations against Bill. We have talked with several of them and are deeply saddened by the experiences they are sharing with us. We do believe we owe these women some apologies.

The tone of our first response had too much emphasis on defending Bill and cast some of the women in an unfair and negative light. We are sorry. Initially, it was stated that the stories were all lies and the individuals involved were colluding against Bill. We apologize for those sweeping statements. We do not believe the stories were all lies or that all the people were colluding against him. It takes courage for a woman to step forward and share her story, and we are doing everything we can to listen respectfully.

Based on the conversations we have had to date, we believe at least some of Bill’s choices were inappropriate. We are grieved that this situation is difficult for so many people. On behalf of the Elders, both past and present, we now see that while we have many policies in place, they did not prevent the situation we are now in. We regret that, and we are looking into what additional safeguards could be implemented in the future.

We still have work to do and we are committed to keeping you updated. We plan to provide an update every other Wednesday through the end of this 45-day period.

There continue to be online stories that reflect our processes inaccurately. We know that leaves many of you wondering why we are not responding, but we are convinced that this will not be resolved by going back and forth in a public way. This Board has made every effort to function with integrity and to address the information we have. We will continue seeking to have personal conversations, in a spirit of humility and listening, to speak directly with those who have raised concerns.

We know we need outside expertise to help, and we have already consulted with several outside experts who are guiding us with next steps. We are working on reviewing our policies and guidelines as well. Specifically, we are looking at ways we can improve our guidelines for how men and women work together, our email retention policy, and our policy on how someone can raise a concern about senior leaders.

In closing, please allow me to say a few personal words. My term as the chair of the Elder Board is up this month, and I will be passing the baton to Lane Moyer. Lane has been a part of Willow since 1988 and is beginning his 3rd year as an Elder. I will leave the seat with a heart that is broken over the grief this season has brought to so many.

The Chicago Tribune weighs in.

The Chicago Tribune published Willow Creek elders apologize for casting doubt on women’s allegations against founder Hybels. Pam Orr, the head elder, is stepping down at the end of her tenure. I received a report by those in attendance at church on Sunday the the elders and pastors seemed subdues and somewhat depressed. No surprise here. They have a tiger by the tail.

“Based on the conversations we’ve had to date we believe at least some of Bill’s choices were inappropriate,” Orr said. “We are grieved that this situation has been difficult for so many people.”

Orr also told the congregation that her two-year term as chair of the elder board ends this month.

“I will leave this seat with a heart that is broken over the grief this season has brought to so many,” she said.

Steve Carter, the church’s teaching pastor, choked back tears as he asked the congregation to pray for the church, its elders, the women who came forward and the Hybels family.

“God, we’re thankful for the women who shared their stories,” he said. “Can I pray that they would feel seen and known and heard by us?”

Vonda Dyer, one of the victims whose story we posted here, penned her response on Facebook. Pay close attention to the persecution that Vonda has experienced since speaking out. (See highlighted section.)

People have been asking for my thoughts on the Willow Creek Community Church statement, yet again. I will post the similar response I gave to a woman in another stream.

Before I do so, I will share that I recently had leadership opportunities taken away from me at a separate event, due to the “concern that people had FOR me” regarding my coming forward to regretfully and (throw up in my mouth) fearfully admit what happened to me regarding leadership misconduct from #billhybels many years ago. It was also suggested that I stop commenting about it on social media.

I would like to say that I will not be silenced on matters of injustice, on matters of theological misuse, and when I believe that others are still being victimized.

Some would like to refer to this justice as “doing the right thing”, others refer to it as ethics, and even others refer to it as “standing on the word of God, or the gospel”. Whichever way we define it, we know that if the Spirit of the Lord is at the helm of an issue, the action taken will bring freedom and life, not just to those with the most power, the biggest PR backing, or those who wield the greatest threats. The heart of the gospel beckons the wounded to come out of hiding to be freed from the weight of injustice. Justice reveals WHAT we worship.

I’ve been in contact with an elder from Willow recently and was aware of this gesture.

Willow is fully aware of what ownership would and should look like if they were to come clean on these matters. Reaching out to me may have also been only a gesture. If it was partially well meaning, it still lacked any intention from Willow Creek to reveal what they are hiding. I have spoken my heartfelt thoughts about the chasm that lies between the allegations and Willow Creek leadership’s longstanding, inadequate investigations in my responses to this elder who reached out, and who happens to also be a 20-year friend in ministry.

As far as I can tell from their statement, they have not moved to say they believe Bill has lied.

If women are telling the truth, then Bill has lied.

If Bill has lied, they are still protecting him and themselves, and the people in response are giving all of their leaders who misled and continue to mislead this charge rousing standing ovations.

These serious allegations call for gut-wrenching, face-on-the-floor sorrow and confession, not standing ovations.

Church, have we no soul? Have we lost our theological minds?

That said,
“Loving everyone always” in the biblical definition of love means laying down self-protection (laying down one’s life) for the good of others in matters where people are wronged. I am not seeing humility, contrition, compassion, or theologically sound action taken on this complex matter, so you will have to be the judge on whether this new statement is helpful or just another generalized apology toward non-specific things.
Feels like more PR to me and less like love.

I do fully believe that the “stick” that willow creek attenders have beaten the women who have come forward with, is the same Matt 18 command that Willow leadership has NOT, themselves, followed.

This issue and many others have been brought to Bill himself, then to the elders repeatedly, then to leaders, also repeatedly, and now the church, through media (as Willow leaders still prove to be hiding what they know). Willow would not address it for 4 years and counting and still have not owned the dark underbelly of what they DO know.
This is not a “slap on the hand” dark, it is an unsurrendered kind of dark.

This is a problem friends.

We cannot force people to tell the truth in full.

Conviction or brokenness is actually the road to reconciliation and healing of injustice. This requires the perpetrators of destruction to surrender to the Holy Spirit on matters of the heart. We know that where our hearts place their confidence, our treasures are found there also.

In case anyone is throwing Matt 18 around without actually knowing its purpose in relational conflict, here it is for review.
(BTW, Matt 18 is not a mandate in abuse situations and should not be misconstrued as such. Sending a victim back to meet alone with an abuser is poor judgment at best)

Dealing With Sin in the Church
15 “If your brother or sister sins, go and point out their fault, just between the two of you. If they listen to you, you have won them over. 16 But if they will not listen, take one or two others along, so that ‘every matter may be established by the testimony of two or three witnesses.’ 17 If they still refuse to listen, tell it to the church; ➡and if they refuse to listen even to the church, treat them as you would a pagan or a tax collector. 👀

This is a thing still bound up on earth.

Who will step forward in godly leadership to unbind it from within the ranks?

The Wartburg Watch is not impressed with the recent update by WCCC. It is obvious to many that WCCC is experiencing a significant loss of support from a diverse groups of former supporters. The fact they released this update and plan to make more is indicative that the know they are losing in the court of public opinion.

Bill Hybels’ reported disturbing activities appear to have taken place over decades. It is difficult for us to believe that the church leadership were in the dark for the entire time. If they were, then they were not paying attention. If they knew and covered it up to protect the ministry, they have stopped functioning as a church.

We’ve received numerous reports that it was well known that Bill Hybels and his wife had serious and significant marital problems throughout the entire existence of WCCC. If this is true then the elders should have intervened. If they didn’t intervene because they were *protecting the ministry* then they failed their church members as well as the Hybels. Hybels and his wife became a means to an end instead of beloved members of the church who needed transparency and help.

TWW stands by Vonda Dyer and the other victims of Bill Hybels. #churchtoo