“Wherever my story takes me, however dark and difficult the theme, there is always some hope and redemption, not because readers like happy endings, but because I am an optimist at heart. I know the sun will rise in the morning, that there is a light at the end of every tunnel.” Michael Morpurgo 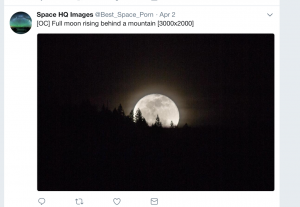 Nancy Ortberg was the subject of unwanted physical contact from Bill Hybels.

This morning, Nancy Ortberg posted Flawed Process, Wounded Women on her website. It alarmed me to learn that Nancy Ortberg was also the subject of Bill Hybels’ unwanted attention and actions. I believe her account. When you read it, I think you might as well. Look for similarities with the other victims’ testimonies.

My first international trip with Willow Creek as a staff member was to Tasmania. At the end of the three-day conference a small group of us joined Bill in his hotel room to celebrate a birthday and the conference. As we got up to leave at the end of the evening Bill said to me in front of the group,  “Nancy why don’t you stay for a couple of minutes for us to discuss your ministry work?” I immediately looked at the others for how I should respond and one of them smiled and said, “Okay, see you in the morning.”

Awkwardly I stayed and we talked for about twenty minutes. When I got up to leave Bill stopped me at the door and hugged/held me tightly for about thirty seconds. Stunned, I finally slipped my arms up between us and pushed him away. I went back to my hotel room and cried, not understanding what had just happened. Later I did not know how or who to talk to and began to second-guess and doubt myself as to its significance; that is, until years later when I began to hear stories of other similar encounters.

On a subsequent conference trip to Hawaii, I went running with Bill and he struck up a conversation about the amnesiac side effects of Ambien. Having been a nurse, I told him I found it rather odd that he was focusing on one of the more rare side effects, and that he brought it up to me at all. Again, I thought not much more of that conversation until years later when other stories emerged that included Ambien.

I want to express my gratitude to Nancy for coming forward. Having seen some of the comments by WCC supporters left at TWW, I can imagine the pressure and pain that she has had to face with her account. Her courage will be an inspiration many others.

It is now obvious to me why Ortberg not only believed the accounts of the other victims but why she advocated for them. It is also understandable why John and Nancy Ortberg’s relationship with the Hybels took a nosedive.

I think the *Ambien* excuse is important in this account. Was Hybels intimating that “The Ambien made me do it?” Read this account posted by Vonda Dyer. She, too, encountered the Ambien excuse.

Bill called my hotel room in Sweden, in February of 1998, after a long conference day. I was in the bath and my roommate answered the phone. Bill asked her to have me call when I got out. I did, and he asked me to come up for a leadership talk, and told me to come alone. (My roommate confirmed with the Tribune) When I got to the room, Bill had wine opened and waiting. He told me to sit down and put my feet up. He told me he had taken Ambien. He then shared unfiltered thoughts about me, describing in great detail specific parts of my body he liked, and said he thought I was effusive, sexy and had great candor, mentioned what a promising leader I was, and he said,

I think Bill Hybels is an intelligent man. If he was having problems with women when taking Ambien, why didn’t he stop taking it and get help?

Further information about a long term affair with the women who claimed she made it up.

There is more to this story. Ortberg gives us some eyebrow raising information.

In 2014, Leanne Mellado let me know that a good friend of hers had shared a disturbing story. The similarities in these women’s stories were striking. This story involved a fourteen-year sexual affair.

…(2) A face-to-face conversation with Bill Hybels on April 6th. They said they could “look him in the eye and discern if he was telling the truth.”
(3) A fifteen-minute phone conversation, also on April 6th, with the woman who made the confession, who had previously emailed Leanne three times that if her story went public she would deny it.

…The woman alleging an affair with Bill said that she was suicidal, both to Leanne and to Bill. The church Elders allowed Bill to stay in an unsupervised counseling relationship with her, while neither her husband nor Bill’s wife was made aware of the situation.

…Bill also admitted that the woman alleging an affair had spent many nights at the Hybels’ home when Lynne was out of town.

Hybels’ special arrangement with IT without Elder Board knowledge.

I felt something was amiss with the email story when I first heard about it. Emails can be kept confidential with appropriate IT input. Medical records are handled in this fashion. The CIA is able to protect their emails  as well. So, why were Hybels’ emails so important that they had to be deleted?

(1) Discovery of 1,150 emails between Bill and the woman over the previous two years. The Elders reviewed none for content.

…At this same meeting, Bill was asked about his “special arrangement with I.T.,” where his emails are permanently deleted on a frequent and regular basis. During that meeting, an Elder told a WCA Board member that Willow Creek had “no document retention policy.”  This was the first time either Board had heard about this arrangement, but both of these women told us separately that Bill had told them about this “special arrangement” years prior.

My question for WCC

I believe Nancy Ortberg and I also believe the other victims who have come forward. There are too many similarities between their stories. I am going to ask a hard question. Is it possible that Bill Hybels encouraged the leadership of women in order to increase his own access to women who admired him within the confines of church business, giving him plausible deniability? I do not know the answer to this question but red flags are waving  up, down and all around this situation.

Please join me in praying for WCC, the victims, and the leaders. God is always present, even in the hard and dark times. A few years ago, I posted The Aurora” by Terje Sorgjerd. He spent a week capturing one of the biggest aurora borealis shows in recent years.  This video was shot in and around Kirkenes and Pas National Park bordering Russia, at 70 degree north and 30 degrees east.

Sometimes you have to look into the darkness in order to see that God is still present and at work.

The Aurora from TSO Photography on Vimeo.