When you catch yourself lying to your therapist, you know it’s a waste of money. Jay McInerney link 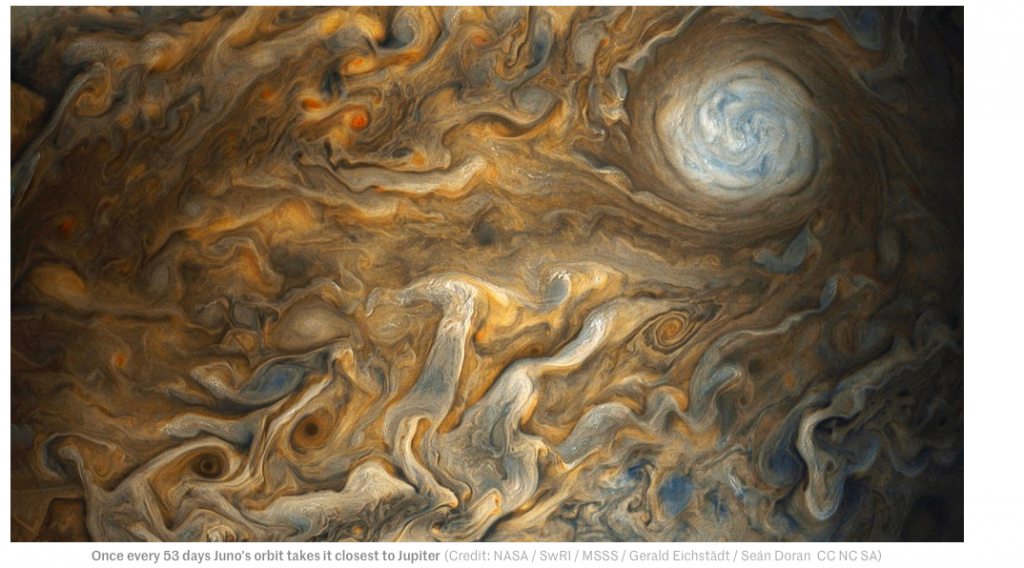 (Note: The abbreviation BCM will stand for Biblical Counseling Movement for the purposes of this post.)

Easy peasy…This is my latest favorite phrase from my favorite Stranger Things character, Bob. I binged watched most of Season 2 last night while shopping online. Netflix has a winner in this series. I even liked Season 2 better than Season 1. Without any spoilers, let me tell you about some advice Bob gave his girlfriend’s son, Will. Bob, obviously not getting what is going on at this point, attempts to help Will cope with his fear of a monster which is slowly taking control of Will.

Bob tells Will that he used to have dreams of a clown which would cause him to be afraid, even after he woke up. He told Will that the dreams stopped when he confronted the clown and yelled “Go away.” The clown disappeared and Bob never dreamed of him again. Unfortunately for Will, his monster was not a dream. Will bravely confronted the monster, yelling “Go away” with disastrous results that last until the end of Season 2.

I thought of that when I began writing today’s post. There are many in the biblical counseling movement (BCM) who are counselors like Bob. They just don’t get how serious the situation really is and think a Bible verse or two will make the bad stuff go away.

Today, I will begin a series that will look at the serious issues surrounding the Biblical counseling movement (BCM) which I believe has caused harm and pain to many Christians. Let me distinguish between two groups up front.The first group are a number of well trained counselors: psychiatrists, psychologists and social workers who happen to be Christians and effectively integrate modern psychology treatment modalities with the faith if that is a desire of their clients. I know this because I developed serious anxiety surrounding my daughter’s struggle with a serious brain tumor when she was three years old. Her tumor was rare and the prognosis was thought to be bleak. Our family lived with the possibility of that tumor taking her life for from 11/1991 until 2001 when the brain tumor team believed that she was most likely a cure.

I viewed myself as the strong Christian. Although I didn’t believe that God was going to cure her, (He doesn’t in most cases), I felt my faith in Jesus would get me through. So, I swallowed my fear, pushed through my anxiety and pretended that all was well. Finally, I sought the counsel of both a Christian psychiatrist and a Christian counselor (MSW). I was given some medication to treat the underlying anxiety that I pretended wasn’t present and began a long conversation that combined the best of modern psychological intervention with the Bible. These two men were NOT biblical counselors but they were Biblical as well as counselors. I am not talking about counselors like them.

Throughout this series, I will refer to some techniques that I found useful such as dialectical behavioral therapy and show how well this integrates with a Christian worldview. I also want to differentiate between psychological counsel and spiritual counsel. They are different and should be viewed as such.

Timberlake Baptist Church, in Lynchburg, Virginia, will be our role model for biblical counseling.

As I did some reading in preparation for this series, I developed some anxiety because I felt I was dealing with the many legged Mind Flayer monster and the Demogorgon and Demo-dogs of Stranger Things. It can be terribly confusing. However, I came up with an idea. Why not tie the whole series together by featuring an actual biblical counseling center in a church since this how many of these biblical counseling centers operate.

I looked for a church which seemed to align with today’s current Reformed Baptist movement since many in this group are amongst the leaders who are pushing this sort of counseling to the forefront in churches.

Timberlake Baptist Church is a successful, medium sized church in Lynchburg, Virginia. Their resource page is filled with books from the leaders of the Reformed movement such as 9 Marks, John Piper, The Gospel Coalition, the Founders, etc. Yet, it is not one of the leading churches in this movement. This is important. In discussions with some 9 Marks and Reformed folks on serious issues like Karen Hinkley and The Village Church, I often have heard the excuse that such and such church just “applied things wrong.”  I contend that churches do not apply these tactics in error. They are following a playbook which clearly spells out the rules. Sadly, I believe that it is the playbook that is in error and I hope to prove my point in the posts to come.

As I searched for a representative church, I looked for one that took their counseling program seriously. That is evident in this church. It appears that their Sunday evening services are actually training sessions for the members of the congregation on how to be Biblical counselors. This is quite fitting since it appears that the BCM believes that the average church member can be trained to be *competent to counsel.” We will be dealing with this in subsequent posts. 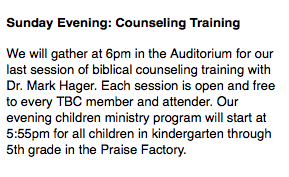 This counseling center is considered a major ministry of the church and is featured on the website. Not only does this center provide services, it also exists to train members of the church to become certified counselors with the International Association of Biblical Counselors (IABC). I will be discussing this group and others in subsequent posts. Suffice to say, they are at the heart of the BCM.

The training background of Mark Hager

This center is headed by (Dr) Mark Hager. However, his doctorate is not what you might expect.

His Undergraduate and Masters degrees do not appear to be from an accredited college. If I am wrong, please let me know. His DPT is also from an unaccredited school which describes his Doctorate of Practical Theology as not requiring a traditional dissertation or major writing project. An amusing aside, the school actually links to Wikipedia to prove the value of such a degree…

Also, his current school in which he is completing a PhD in Biblical Counseling,Trinity Theological Seminary, appears to have similar problems with the rest of his degrees. Hint: whenever an institution of higher learning needs a page to explain why it does not have the appropriate accreditation, you may have a problem. You might find list of well known recipients of this sort of PhD to  be interesting. Note, in particular, Elyse Fitzpatrick who is pushed by The Gospel Coalition, John Piper’s Desiring God, etc. as a counselor of women and families.

If I am correct about his training, I find his use of the *Doctor* in front of his name a bit misleading.

However, be that as it may, it doesn’t really matter because those who are involved in the BCM do not believe that excellent education is required in order to be an effective counselor. Compare that to a psychiatrist that must not only complete a 4 year undergraduate degree but must be accepted into an accredited, 4 year medical school and then do a 3-4 years of residency and fellowship training after that.

Now, to the good stuff.

What you should learn about Timberlake’s counseling program before you step foot in front of their counselors.

Timberlake has graciously outlined the ins and outs of the counseling program on their website. I have downloaded the contents in case they disappear down the road. However, if they suddenly disappear, I would wonder why since they seem to be the poster kids for the BCM as it is lived out in churches all over the country.

Always read this types of documents carefully!! They hint about things that you might find disconcerting when you are already in a counseling situation.

I will be referring back to these documents in future posts. So, for today, I am going to point out a few things things under each header that I think might be considered red flags for many people. At least they are red flags for me. Feel free to point out others since they are certainly present!

What to expect from Biblical counseling at Timberlake.

How do counseling staff view confidentiality?

We plan to take a good hard look at the guarantee of confidentiality for clients by those who engage in the BCM. Before you enter into any agreement with a counselor, especially one associated with a particular church, ask exactly what they mean by confidentiality. In fact, make sure they guarantee it. Many will not.

I found the confidentiality agreement at Timberlake to be confusing and would admonish (a good biblical term) anyone considering such a relationship to explore it further. Here are two different statements from the Personal Data Inventory on the matter.

Here is the second statement.

It is possible that the counseling staff at Timberlake are very strict when it comes to confidentiality. However, there appears to be some in the BCM who believe that there should be no confidentiality from a pastor of the client who is a member of a church.

Counseling another person is not easy peasy. It is a deadly serious business which can have life altering consequences. I plan to open a few windows and shed some light into the problems in this movement. I have already hinted at a few today.