“True leaders in Christ’s kingdom see themselves as servants, not spiritual authorities. In the kingdom of Christ, leaders serve.” 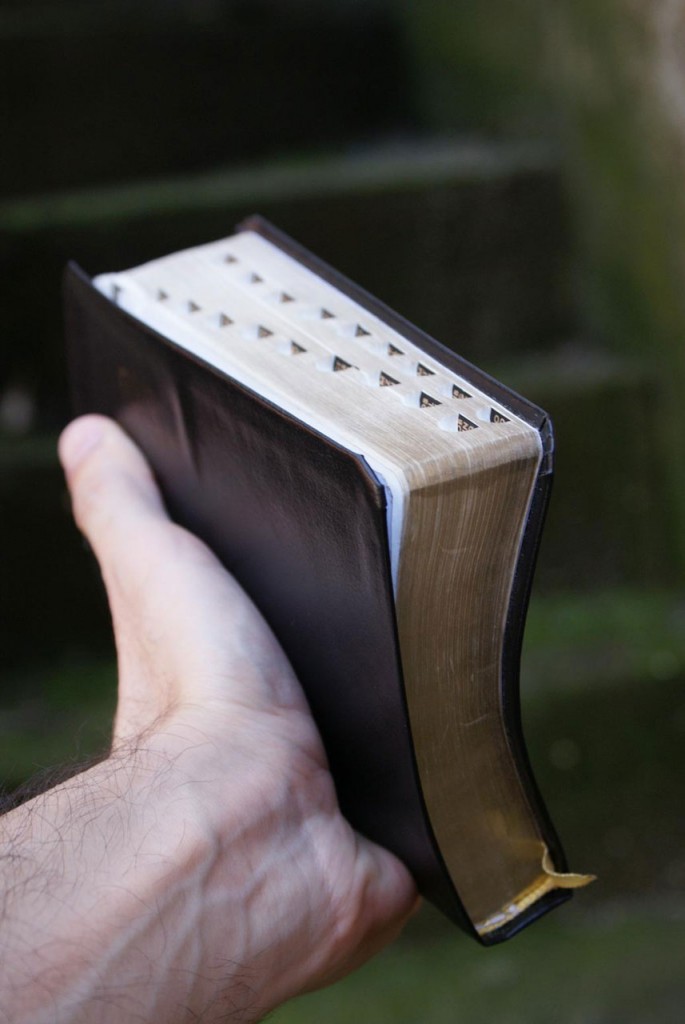 Last week Wade Burleson delivered a thought-provoking sermon at Emmanuel Enid, which we featured in our most recent EChurch. In that message, Wade addressed those who have been burned by the church and explained how to escape the subtle abuse of spiritual authority.

On one of the days while He was teaching the people in the temple and preaching the gospel, the chief priests and the scribes with the elders confronted Him, and they spoke, saying to Him, “Tell us by what authority You are doing these things, or who is the one who gave You this authority?” Jesus answered and said to them, “I will also ask you a question, and you tell Me: Was the baptism of John from heaven or from men?” They reasoned among themselves, saying, “If we say, ‘From heaven,’ He will say, ‘Why did you not believe him?’ But if we say, ‘From men,’ all the people will stone us to death, for they are convinced that John was a prophet.” So they answered that they did not know where it came from. And Jesus said to them, “Nor will I tell you by what authority I do these things.”

Wade began by putting these verses into context. After Jesus had entered Jerusalem, he drove out the money changers from the temple.

Then the ‘spiritual leaders’ challenged Jesus by asking him:

Who gave you the authority to do what you have done?

Here’s one more clip from the Jesus Film that depicts what happened in Luke 20:1-8.

Wade Burleson points out that it was after Jesus drove the money changers from the temple that He began teaching in the very temple He had cleansed. When Jesus taught Biblical truths, people hung on every word, much to the disdain of the spiritual authorities of His day.

Institutional religious leaders are always seeking authority over people, as Wade explains in his message. He then states their position:

Do what I say because of who I am.

Wade remarks that these kinds of leaders will only recognize spiritual authority in those who are like them. He contends that there is a club of men that set the direction and tell everybody what to do. If you go against them, you’re in trouble.

For those who have not yet listened to Wade’s message, we hope you will take a few minutes to do so. We believe his commentary will be very beneficial to our reading audience, especially those who for one reason or another have found themselves without a church family.

Here are some of the important points Wade Burleson made in his sermon:

(1) A tale tell sign of abuse of spiritual authority is the desire for a large following.

(2) If you’re ever in a church where those who lead think that you’re either doing something or saying something that will lessen their influence and as a result people will begin leaving, they’re gonna come after you as they did Jesus.

(3) In a grace church, if somebody feels led to go to another church or say something that’s contrary to what the leader is saying, it’s O.K. We’re all part of His kingdom. He’s the only spiritual authority we have; follow the Spirit.

(4) Know where your spiritual authority comes from – Jesus Christ. He is you King.

(6) There will be those who come against you.

(7) Where does real authority come from? From God.

If you have taken the time to listen to Wade’s message, which of his remarks were most meaningful to you?