'THE BEST IS YET TO COME'

Quote from the top of Perry Noble's Facebook page

A week ago Dee wrote an enlightening post entitled Perry Noble Goes on a Rant and Demonstrates Why He Doesn't Belong in the Pulpit, and it generated much discussion. Dee ended her post with these words:

One thing is certain. There is much more that is unknown this story and, in my opinion, Noble needs to stay out of the pulpit. That rant sealed the deal for me. 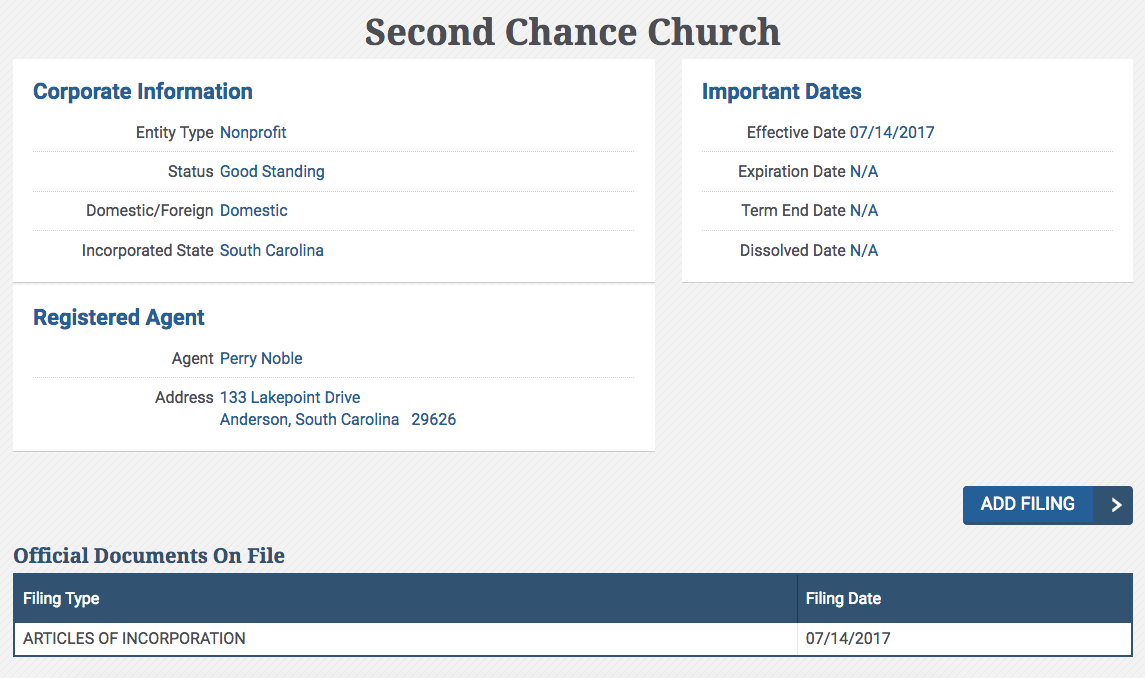 How original! There is nothing novel about the name Noble has chosen for his new church plant. We already have a church by that name here in North Carolina (link). Another one is located in Illinois, and a quick Google search reveals there are others….

We are grateful that Warren Throckmorton is staying on top of developments involving Perry Noble. Earlier today he alerted his readers about the Second Chance Church, which is how we found out about it. Throckmorton wrote:

After NewSpring Church former pastor Perry Noble was fired by the church he founded, he went into a brief period of media silence. The firing related to alcohol use and family issues and the response was to enter rehab followed by a helping relationship with psychologist John Walker. More recently, Noble launched a consultation business called the Growth Company which targets both businesses and churches.  Even more recently, Noble has been preaching at churches as a guest speaker. Now, apparently, Noble plans to launch a new church — Second Chance Church.

We had no idea that Perry Noble was in our neck of the woods a few weeks ago (see his speaking schedule). What a missed opportunity! No doubt those who attended the Incite Conference loved hearing Perry. Some of those who likely attended were the ones who started the Change.org Petition to Reinstate Pastor P at Newspring (see screenshot below). 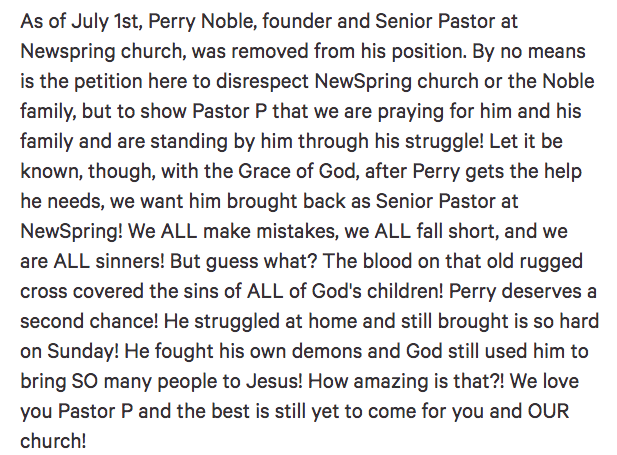 The goal a year ago (when the petition was posted) was to get 100 supporters; however, only 5 signed the petition, and now it's closed.

We assume that the Second Chance Church will be meeting in the vicinity of Anderson, South Carolina. Since one of NewSpring's congregations gathers in Anderson, it will be interesting to see how many abandon the NewSpring ship and set sail with Noble. Hopefully, there won't be any antics between factions like those that happened to James Duncan, who documented what occurred over at Pajama Pages.

BTW, if this one doesn't work out, Noble could next use the name Another Chance Church. There's already a church in Virginia that goes by that name.

Sorry, but I can't resist sharing this song that was a big hit when I was in college long, long ago… I was humming it as I was putting this post together. 🙂