“We are all a little damaged, Bee. Some of us more than others.”― T.M. Frazier  link 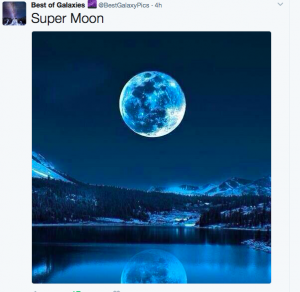 The is the first of two posts today. I believe they will provide much discussion over the weekend.

Phil Johnson is the executive director of Grace To You and is known as John MacArthur's right hand man. He got out of blogging awhile about continues to tweet. He is standing resolutely by his tweet.

A few years back, I decided to get into the Twitter game and I am so glad that I did. I have seen so many stories that are relevant to this blog and have connected with some amazing people.

I do not have a screen shot but I discussed this on the blog when it happened. Jared Wilson, a TGC blogger, made a quip about a fat lady (his words) singing the National Anthem at a televised game. I asked him why he needed to call attention to the woman's body. He responded that he was just joking. I said something along the lines that I thought it was not a good way to model the gospel. I believe I responded in 2-3 tweets.

Not only did he block me but he reported me to Twitter! I then got a message for Twitter that I was being investigated. Needless to say, I told Twitter that they need to investigate anyone who would report someone for two non-abusive tweets. They said they would look into it and nothing ever happened. Needless to say, I was permanently blocked by The Gospel™ Coalition for simply questioning why a gospel dudebro would embarrass a woman in such a way.

I say this so that you might understand how some of these folks have thin skin. A simple questioning of a public tweet is not an *attack.* Phil Johnson is not being attacked. His tweet is getting well deserved push back. He needs to man up.

A true story with the names changed

Traci was born into a home in which there were 5 kids, all with different fathers. Her mother was a drug addict and often brought men home. They would be introduced as Traci's new father. Not only did these men physically abuse her, but as she approached middle school, they also molested her. Her mother spent more and more time in a drug induced haze. One day, she accused Traci of trying to steal her latest boyfriend from her and told her to leave the apartment at the ripe old age of 13.

Traci, looking for a place to live, met Billy who said she could crash at his place. Unbeknownst to Traci, Billy was a pimp and was involved in sex trafficking and drugs. Billy fed her and then got her to join in using recreational drugs. He eventually got her hooked on cocaine. He had sex with her and then made her have sex with his friends if she wanted more cocaine. Eventually he told her that she would have to sell herself for sex in order to pay for her drug habit. By the time, Traci was 14, she was a full time prostitute who turned over her money to Billy in exchange for drugs, food and a place to live. Billy would also physically abuse her if she didn't turn enough ticks at night or if she refused to give his friends *freebies.*

I learned about this story and others through our local Salvation Army's Project Fight. FIGHT stands for Freeing Individuals Gripped by Human Trafficking and they get abuse.

This is why I love Twitter. I have found another person out there who gets it and I now plan to put him into my "I wonder what *Thoughtful People Are Saying*" daily checklist.

As you can imagine the abuse bloggers shot back at Phil Johnson's obviously lame tweet. Dr Poupard specializes in oral and maxillofacial surgery. He gave me permission to share his thoughtful response with you.

Phil Johnson is the executive director of Grace to You – John MacArthur's media ministry. He tweeted this out a few days ago with the picture at the bottom:

"This poor girl. How could she have possibly known that her boyfriend was such a creep?"

I get it. Kind of funny that a "nice girl" would end up with a guy with that tattoo. After the initial chuckle at her expense I believe it is important to look a little deeper into this thing called domestic violence and more importantly the church's response to it.

First, we can take a look at her poor choice of men but nothing was said about what she endured. He chased this girl with a butcher's knife, punched her repeatedly in the face, and slammed her head into a metal object over 5 times. In my experience, her face would probably be unrecognizable. Just something to remember when we poke a little fun.

Second, most abusers don't have face tattoo's. I very recently spoke to a woman recently who described her husband as a "good Christian man" who "loves God" and "reads his Bible every day". He is a leader in their church.

She then began to cry and detailed how he smacked her in the side of her head a month ago so hard she lost consciousness. She then immediately explained that it was her fault – because she lost the remote to the TV. She was so sorry, and she should have known he would react this way because he had done so many times before.

In my almost twenty years of practice, I can't tell you how many women I have treated with fractured jaws, knocked out teeth, and broken facial bones who tell me that they accidentally fell. Patients with actual marks that were almost certainly from a fist deny what really happened. Men who harmed their wives being the first one at their bedside when they woke up from surgery, "tenderly" holding the hand of the one they abused.

Domestic abuse is complex, and the reasons why some women stay even more so. The church needs to educate itself in order to serve these women, and ensure that we all are treated as intrinsically valuable. A good start is a book called Why Does He Do That by Lundy Bancroft.

In the meantime maybe ministers of the Gospel should refrain from having fun mimicking the choices of others, implying that those suffering from domestic abuse are somehow responsible for the suffering they endure. Instead, why not take the time to learn more and understand this difficult situation, and teach our church members to treat others correctly.

The Calvinista crowd seems to stress that the only way to obey God is by being one of the elect who God chose before time. (For new readers, I am not a Calvinist). I would assume that they believe that obedience and enlightenment comes from the Holy Spirit who indwells the believer.

How does a person, who is not elect, obey God without the light of the Holy Spirit? Why would you criticize them for something they can do nothing about? (This is purely a theological question.)

I had some minimal training in child abuse so that I could visit, as a Visiting Nurse, families who had been accused of abusing their children. I wish others could see the difficult circumstances in which they grow up. They have minimal training in right and wrong.The parents, many of whom were abused as children, were limited in comprehension and years of neglect. Some of these kids didn't even get consistent nutrition.

To be frank, at times I felt I had little to offer but I sure tried. I prayed a lot. One time, a family with 4 little kids, was sleeping on the floor. I was able to get members of my  Bible study at the time to build some bunk beds for the kids but I had to keep it a secret because it was against the *rules.* But I just couldn't take seeing these little kids sleeping night after night on a dirty floor.

How can Phil Johnson critique this pregnant woman without knowing her background?

Here is a picture of Tom Chantry. Amy Smith got me going on this one. Here is a well known pastor in the Calvinista circles who is about to stand trial for child abuse. He would wear suits, preach the Bible, etc. He has no tattoos. 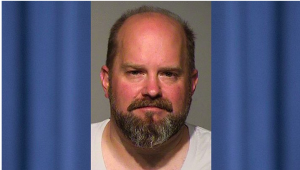 Do we judge people by what they look like on the outside?

Where is the love for the lost, the let down and the looking?

I bet there is much more to say but I will leave it up to all of you. Special thanks to Dr Poupard for allowing us to print his thoughtful comment. I am grateful that there is a person like him who is there to fix the damage to the faces of those who have been harmed by their abusers. What a ministry!

Phil Johnson has responded, believing that he has been attacked by the *survivor* blogs. Here is a link to his response. You then can read further pushback under his tweet.