"Courage is fire, and bullying is smoke." Benjamin Disraeli link 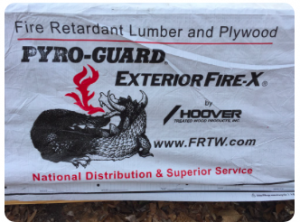 After years of being known for his controversial blogging, Frank Turk has decided to call it quits. He wrote his final post on Pyromaniacs, titling it The End. He claims to be giving up Twitter and is proceeding to unfriend everyone on Facebook. He says he will make *amends* only to those he sees every day.

I want you to forget me if that is possible, and if it is not, I ask that you forgive me and let me be at peace as I will seek to make amends by turning my back on any attention not related to people I see every day and places I go every day.

Turk appears to believes that he is personally responsible for lots of bad things on the internet.

Frank caused me to smile as he seems to proclaim that he is responsible, amongst other things, of causing others to blog in a negative fashion and that he feels he could do something about it but he won't. He even asserts that some people used his blog to avoid attending a local church. Huh?

Nevertheless, he doesn't feel like blogging many times each week to effect his solution. So he won't.

I look at many (most) of the people who were inspired by the work done by this blog and some of my other blogs, those people are terrible

…I repent of causing anyone who was otherwise a quiet and private person to get the attention of the internet lynch mob.  I am sorry that I caused anyone to look for your name because you got 0.0001% famous by being associated with me (someone who is 0.001% famous) and because they looked for you, they made your life miserable.

…I apologize to everyone and anyone who ever used my blogging as a substitute for having a local church, and loving real people, and being under the authority of elders and men of good faith who are in it for your good and God's glory.  I was wrong to put myself in that place, and I was wrong to let you think it was ever a good idea.

Now who are these people who have started blogging because they have been inspired by him but don't do it as well as him? Well, they are the slanderers and those who offer discernment.

That path would mean showing the problem and offering the solution (if there is one) to people who don't know the difference between discernment/apologetics and rumor-mongering/slander (the biblical category, not the legal charge).

Turk recently accused me of slander as well as necrophilia. If I am one of those to whom he is referring, I want to resassure him that I did not start blogging due to his stellar example of discernment blogging. In fact, I didn't know who he was when I started blogging.

I disagree with him that there are two types of slander: one legal and one Biblical. I wrote a post in which I looked at how the Bible presents slander. It always involves a deliberate lie, just like the legal definition does. From Slander or an Inconvenient Truth?:

Unfortunately, this accusation of slander is used to squelch very serious concerns within the church. In fact I would contend that, in many situations in which a pastor cries "slander", he is really saying "I don't want to hear that. It means I have to deal with it and I don't want to. It will screw up all sorts of things."

The following is an example of something that I observed in a former church in which  a person was thought to slander by reporting a sexually charged incident.

A teen boy reported a sexually charged incident at a church retreat. The church "investigated" it and pronounced the teen "nuts". The pedophile continued to have full access to a group of boys for another year and horribly abused them. He is serving 13 years in jail, thanks to the police who caught him. The Matthew 18 brigade at the church had an epic fail, and there were many who were hurt by their inability to make an adequate assessment.

Turk has his own definition of slander which is, of course, biblical. In a post in which he appears to support Sovereign Grace Ministries (I bet he screams slander at me on this one) he says:

I will delete any comments which are slanderous toward any people.  "Slander" is defined by the dictionary as "a malicious, false, and defamatory statement or report."  I'm qualifying as "false" anything which is not supported by evidence, and I'm qualifying as "evidence" things done publicly or reported by an objective third party.

Turk appears quite upset over Tom Chantry's situation and accuses those of us who have discussed it as harming Chantry's family due to our *exhibitionist* hobby.

And yes: recent events in one of their lives is particularly on my mind in saying this.  It is not because someone is guilty or innocent, but the exhibitionistic hobby of some is causing his family amplified pain and shame, and God will judge the ones doing it that for it.

Turk accused me of slander in regards to Tom Chantry. Even though I presented the evidence of the police report, the arrest, etc., it was not good enough. Turk gets to define what the objective 3rd party is. It was his definition of slander that may have allowed him to continue to support Sovereign Grace Ministries in spite of the overwhelming evidence presented by victims. He can now ignore any inconvenient evidence, etc. because it couldn't go to trial due to a statute of limitations.

But what about the victims?

Turk seems concerned about the pain of Tom Chantry's family while the pain of victims doesn't seem to be on his radar.

the exhibitionistic hobby of some is causing his family amplified pain and shame,

I want to make this as clear as possible. It is the actions of Tom Chantry, and Tom Chantry alone, that have led to the pain of his family. Secondly, it must have something to do with Turk's view of pain, but there is not one of us in victims' advocacy that would ever shame the family for Chantry's activities.

Frank Turk appears to ignore the possibility of victims who have suffered in silence for years.

It is also painfully obvious that Turk has no regard for the possibility of victims in his scenario. His advocacy has been for his friend. However, he could have thrown a bone in the direction of the victims. Due to his definition of slander, however, he doesn't have to be concerned because they do not exists until confirmed by a certified, objective third party. Apparently the testimony of the elders in Chantry's former church don't cut it in his convenient viewpoint.

Turk appears to have negative view about a number of bloggers and I bet I am in that crowd.

A true apology or a backhanded slap down?

I am going to be frank (pun intended.) I do not understand Turk's communication style. I am still recuperating from his necrophilia comments directed at Nate Sparks and me. Unlike his friend, Tom Chantry, neither of us has ever been arrested for accusations of necrophilia after a year long police investigation. At one point, I felt a bit afraid, wondering if Turk could be mentally unstable.

Turk does much general *apologizing* in the post but does not do so specifically. He also seems to imagine that he caused an internet lynch mob. Perhaps he has. If so, then his apology is necessary. I have a piece of advice. When apologizing, don't say the following. It seems to convey that maybe he isn't sure he did anything after all.

Thanks to Phil Johnson, who doesn't believe any of things I have written in this post,

Those who have been abused will help others, often by blogging.

I view people quite differently. I believe that most people are grownups and are capable of making their own decisions about whether to believe what I write or not.

The evangelical church is beginning to realize how deeply entrenched child sex abuse, domestic violence and authoritarian abuse within the local churches are. The subject matter is enough to cause most church leaders to run screaming in the opposite direction.

TWW, along with a number of other blogs, exist to give people a place to go when their churches and church leaders and members screw up and kick them to the curb. I do not do this for the notoriety. I could live a nice life doing lots of nice things for the church and my community. In fact, I do. But God has also called me to do this.

Why we started this blog.

1. We started blogging because I became concerned about abuse in the church.
2. We were shocked by the cover up of child sex abuse in the evangelical church.
3. We were concerned that there was no place to go for those who had been hurt and want to tell their stories.
4. There were few churches who offered love and support to those who have been abused.
5. We wanted to expose the hidden underbelly of the church which protects molesters and abusers.

What we don't get out of blogging.

1. We lose money since we don't take ads or do Amazon kickbacks.
2. We don't write books or speak at conferences and have turned down lots of media interviews.
3. Free time.
4. Freedom from critics.

What We get out of blogging.

1. New friends, some of whom we have met. Others with whom we communicate daily
2. A prayer life filled with intercession for those in pain.
3. Joy when we see things change.
4. Love for those who are hurt and abused.
5. A solution for self absorption,
6. We are compelled to be other centered.
7. We are forced to think deeply about theology and doctrine.
8. We have learned how love can be abrogated by blind allegiance to tradition and secondary doctrine.
9. We find non-famous people far more fascinating than celebrity pastors and theologians.
10.We read thoughts and ideas from all side of the theological spectrum.
11. We keep up with current events.

What has not changed for me personally nor will it change.

We have always been involved in a local church as well as involved in local ministry. At the same time, I understand why so many have left the church and I am there to be a support to them.

Frank Turk, you never really knew us or our friends. You just think you did.

Turk leaves the Internet without understanding why some of us blog. He accuses us without understanding our motivations. In so doing, he appears to take on the role of the Holy Spirit who knows the hearts of men and women. Sadly, I don't think there will be many victims' advocates who miss him.